If I had to guess, I would guess that Marvel Studios and Kevin Feige are probably going to hold their own virtual convention at a later time (similar to what WB is doing with DC FanDome) where they can promote The Falcon and the Winter Soldier, Black Widow, Eternals, WandaVision, Shang-Chi and Loki.

It has been said plans for the Comic-Con at home event will be rolled out on Thursday as well, so it’s always possible a Marvel Studios announcement could be forthcoming.

To date, Marvel has announced only plans for the Disney Plus Marvel’s 616 series and comic panels. A first look at the Marvel Hulu Hellstrom series has also been said to be coming to Comic-Con at home, but it’s missing from the Marvel.com announcement. See below.

Comic-Con will be live-streamed to fans everywhere on the Comic-Con YouTube Page from Wednesday, July 22 running through Sunday, July 26.

Marvel’s 616 explores how Marvel’s rich legacy of stories, characters and creators exist within the “world outside your window.” Each documentary, helmed by a unique filmmaker, explores the intersections of storytelling, pop culture and fandom within the Marvel Universe. Join directors Gillian Jacobs, Paul Scheer and executive producers Sarah Amos and Jason Sterman as they discuss the making of this Disney+ original anthology series with moderator Angélique Roché.

This is the destination for all our young Marvel fans (and their families)! Check out everything Marvel HQ has to offer about your favorite Super Heroes, with a comics read-along, an epic Lego battle, and a behind-the-scenes look at our animated series, Marvel’s Spider-Man: Maximum Venom. And grab some paper and a crayon because we’re going to draw that symbiote baddie together in Marvel Draw! Visit Marvel HQ at www.youtube.com/marvelhq.

Join Marvel Editor-in-Chief C.B. Cebulski as he breaks down all the latest and greatest coming from the House of Ideas with some of Marvel’s most epic creators! Tom Brevoort, Al Ewing and Dan Slott will dive into the cosmic calamity coming to Earth’s Mightiest Heroes in the pages of EMPYRE! An army is gathering in the latest X-Men crossover event, X OF SWORDS, and Jordan White, Tini Howard and Gerry Duggan have all the juicy details! Nick Lowe, Nick Spencer and Mark Bagley will discuss the landmark AMAZING SPIDER-MAN #850 ushering in the return of the Green Goblin! Plus Nick Lowe rejoins the panel to discuss the return of the classic Marvel character, Werewolf by Night, with creators Taboo and Ben Jackendoff!! Be there, True Believers! 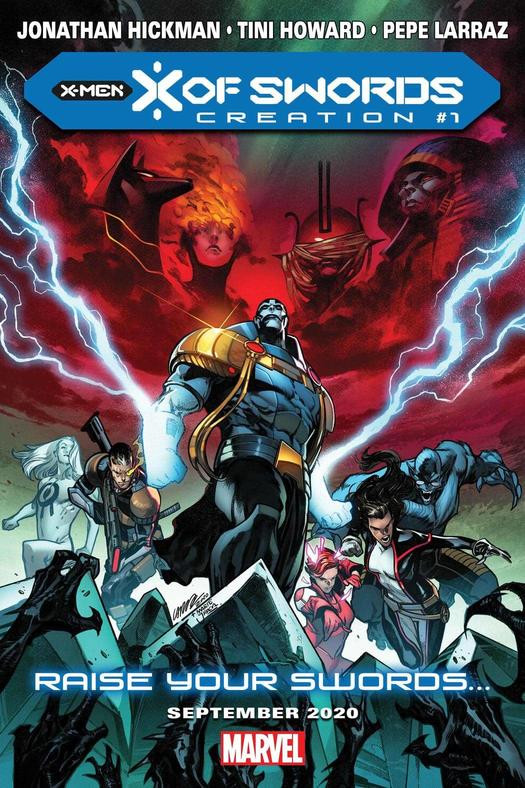