The movie awards season is fast approaching, which includes the Oscars, Golden Globes, Producer Guild Awards, and more, so Marvel has released two posters where they recommend The Avengers: Endgame for various categories.

Rather hilarious is that they recommend The Avengers: Endgame for Best Picture, which, let’s be honest, is a huge stretch. While the film was super entertaining and had great fan-service moments, the overall plot was all over the place, so much so, that not even the directors and writers were on the same page regarding the explanation of how time travel in the flick works. Infinity War was much, much better, but that didn’t even come close to winning Best Picture or was even nominated.

The Avengers: Endgame is also being recommended for Best Costume design, which I suppose it has a shot of winning, but how many of those costumes were actually new for the film or were done through the use of CGI?

I’d actually be surprised if it was nominated for anything.

While we are on the topic of recommendations for the award season and the Oscars, Warner Bros. has recommended their Joker movie, which I think has a shot of winning the Best Actor nod for Joaquin Phoenix, a cinematic film I refer to as the “MCU Killer.”

Quentin Tarantino’s Once Upon a Time in Hollywood is also eyeing the Oscars, which I think could win Best Picture, and possibly Best Supporting Actor for Brad Pitt (great flick).

Maybe once Kevin Feige shies away from his rinse-and-repeat popcorn method to the MCU will he have a shot at winning a Best Picture Oscar, as they are basically the same movie over and over again. 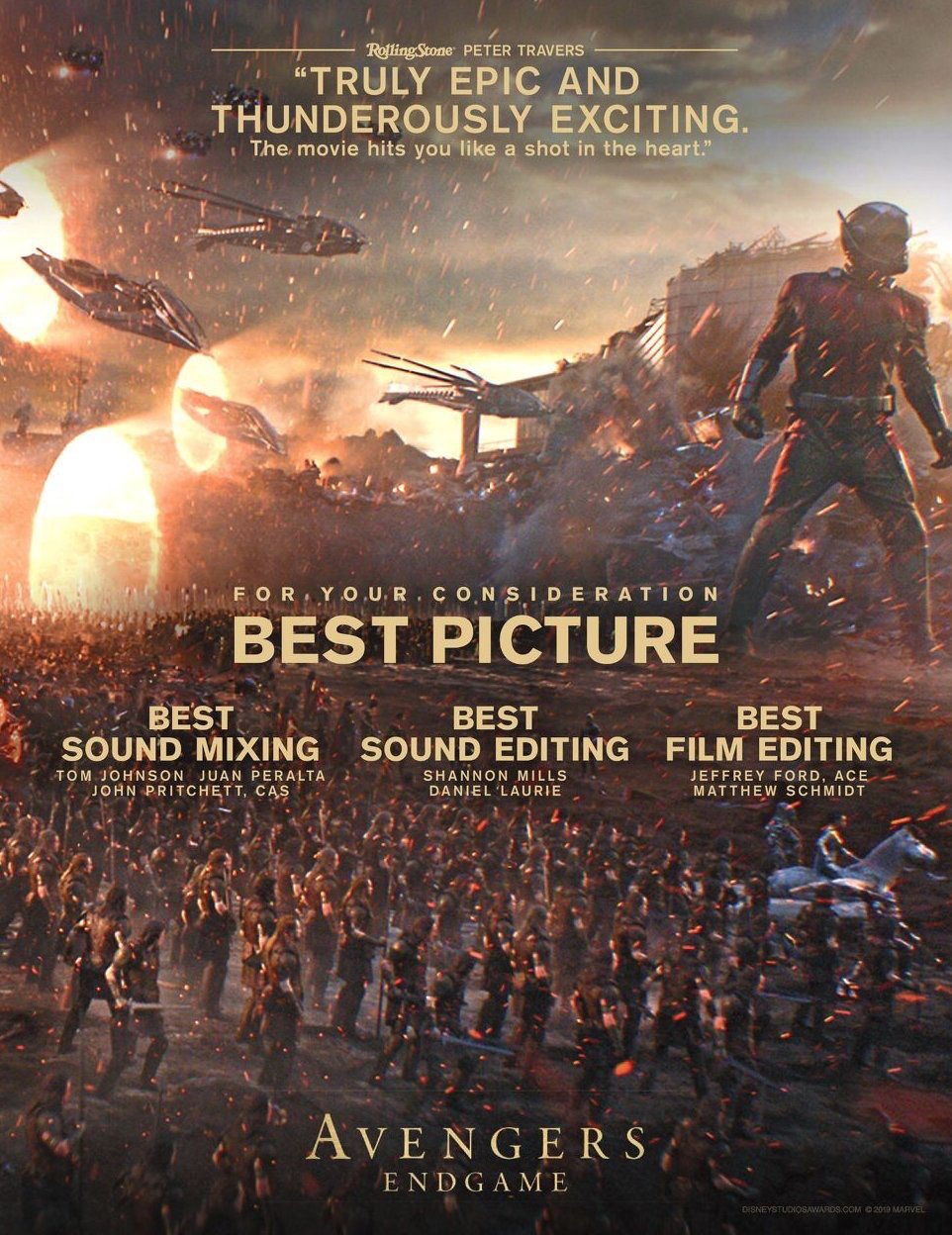 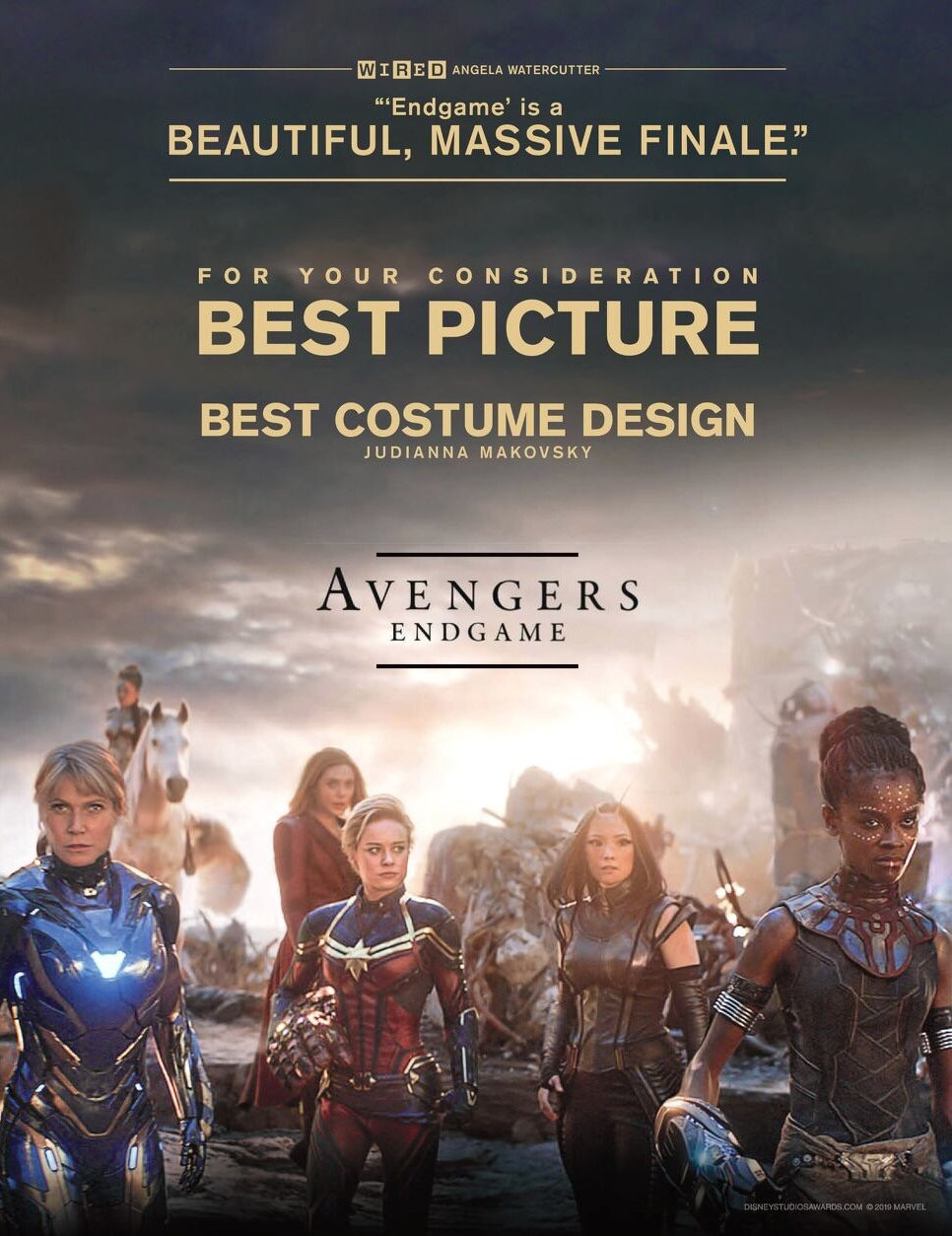