A Review of Guardians of the Galaxy #17

On the Annihilation roller coaster, this would be an issue where the cart is being slowly cranked up the incline. There’s a great deal of exposition revealing the complex relationships and emotions among the main characters. There are some tantalizing clues as to how this story will end next issue. There is not much action. I anticipate that next issue will be nothing but action.

Unless Ewing is serving us an abundant meal of red herring, the issue seems to be how Dr. Doom will usurp Dormammu’s takeover of the universe, not if he will. And it appears that only Rocket holds the key to thwarting Doom’s plans.

I am enjoying how the Nova-Gamora-Quill love triangle is developing and at this point, I have no idea how it will be resolved. My guess is that Gamora will choose neither Nova nor Star-Lord as that would be the best possible decision for her to make.

Rocket’s plans are being played very close to the vest unless that “really big gun” reference is more than a metaphor. Rocket seems to be being set up to save the day as usual – and that’s fine for this story. After this story though, that particular cliché needs to be given a rest. Rocket saving the day with something unexpected has happened too many times now.

The planet-sized Dormammu with a planet-sized body attached makes for the third-best big-bad in Annihilation history (behind Annihilus and The Phalanx, IMO) and I am eagerly awaiting the conclusion of this story next issue. But, if I had one criticism of this Annihilation event, it would be that the story is way too compressed. A great part of the strength of the original Annihilation event and the sequel Annihilation: Conquest event was decompressing the stories over several issues and achieving an adequate balance of action-adventure and character development within each chapter of the story. They were each timeless war stories in the mold of the war stories arising from the World War II dramas popular in the early 1960’s. Check out re-runs of 12 O’Clock High or Combat! If you don’t believe me. WWII still deeply reverberates in our collective psyche even though most of us were born long after WWII ended. Some of the best cinematic Military SF has their roots in WWII themes (i.e., Star Trek; Battlestar Galactica; Star Wars).

Annihilation has always been Marvel’s best military science-fantasy. In fact, the Marvel Cinematic Universe is sorely lacking in the area of Military Science-Fantasy. The MCU has nothing to compete with the Star Trek or Star Wars franchises. I certainly hope Feige has noticed that fans are not interested in the agenda currently being pushed for the MCU where established characters are demographically and characterologically bent to satisfy current political fads. Let’s put the fads aside, Mr. Feige. Ignore Twitter and get back to basics. Tell good stories about the existing characters AS ORIGINALLY WRITTEN. There’s a reason the characters and stories achieved greatness worthy of translation to the mass market via cinema. Ignore the politics of the day and tell the original Annihilation story as a 3-part movie series featuring adult white male Richard Rider AS ORIGINALLY WRITTEN and I guarantee that it will get the MCU back on track and you will make history with bringing serious military SF into the MCU. Sell it to the Disney executives as “WWII in space.” I bet Bautista would even return to the fold as Drax if you would allow him to portray Drax as written in the original Annihilation event. He’s been complaining that Drax is portrayed as way too goofy at present and the serious portrayal of Drax in Annihilation would no doubt appeal to him.

Friegeri’s art continues to delight the eyes. He has a knack for cosmic and in my book is among the ranks of the greatest Cosmic artists such as DiVito and Granov. Blee’s colors are top-notch as usual and perfectly complement Friegeri’s art. Booth et al’s cover art of Moondragon, Doom, and Star-Lord in melee combat against the Chitauri is intriguing and reminiscent of some Star Wars art from the 1970’s.

Buy this book. Send Marvel a message with your dollars that Military SF is both desired by fans and profitable for the company. If they get that message, they’ll give us more of what I think we all desire for Marvel Cosmic – a greater immersion in Military SF themes.

Guardians of the Galaxy # 17 preview: 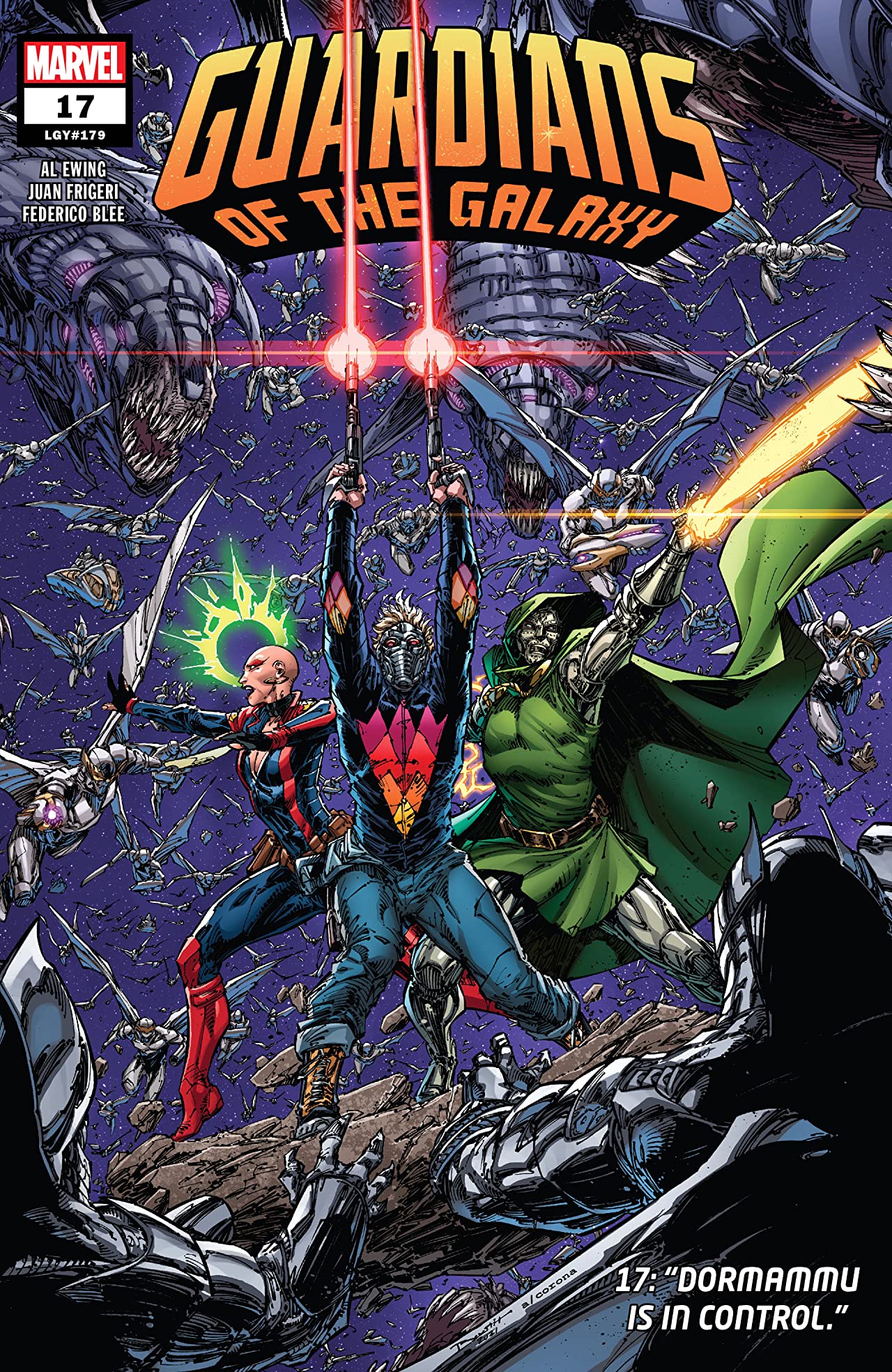 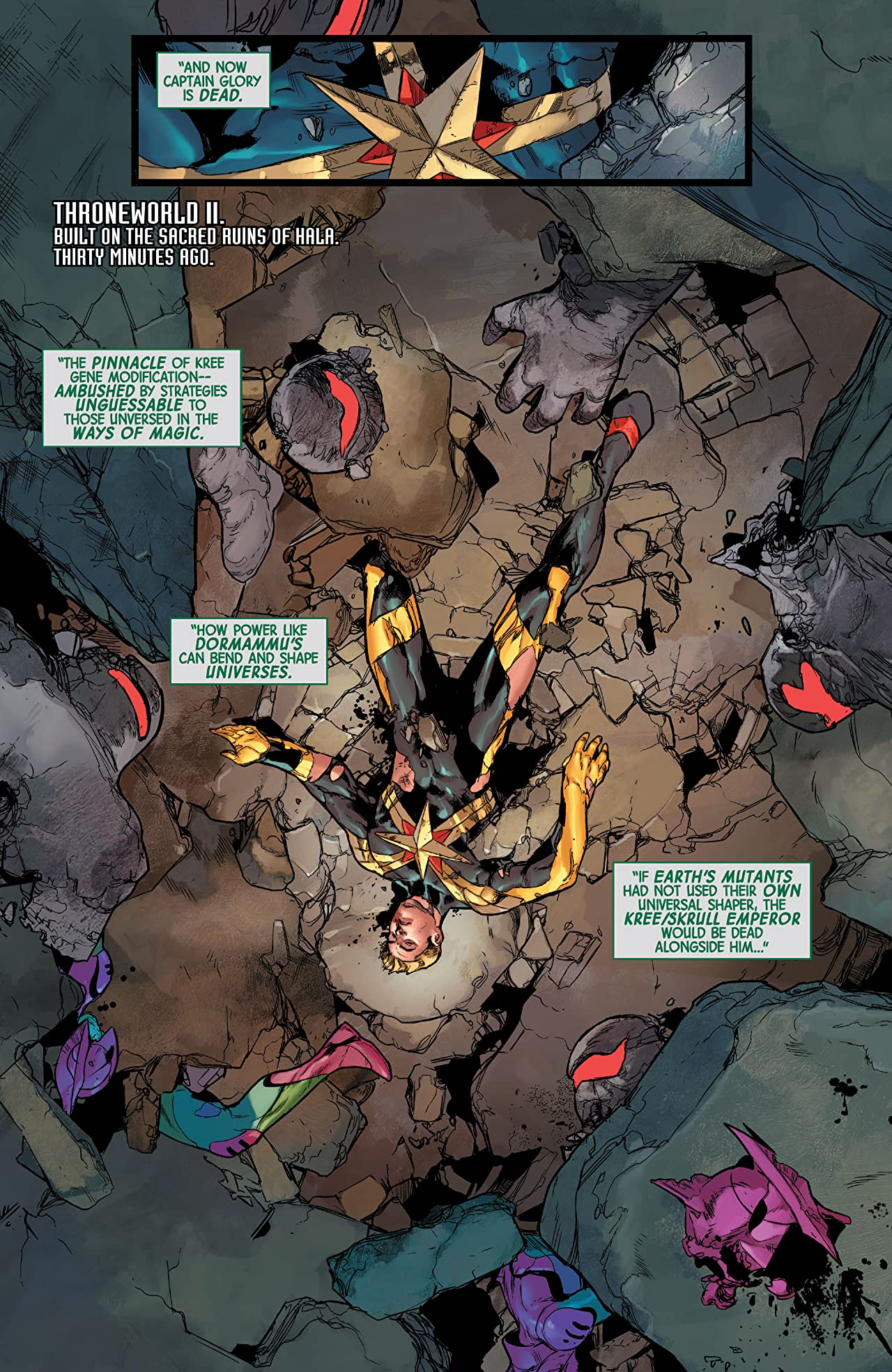 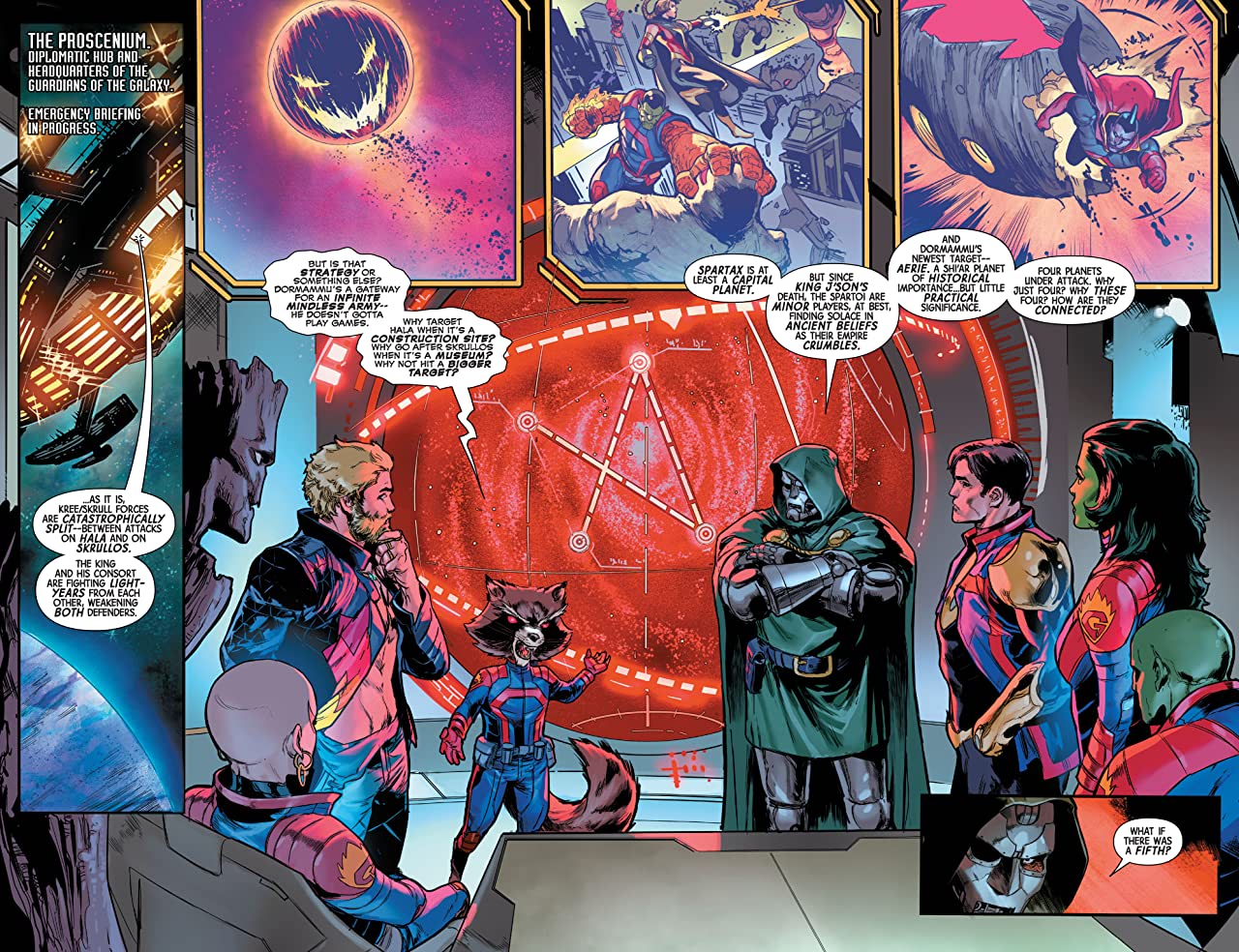