Kevin Smith released the Clerks 3 trailer and announced the release date, which is the follow-up to the two previous movies from 1993 and 2006.

“Following a massive heart attack, Randal enlists his friends and fellow clerks Dante, Elias, Jay, and Silent Bob to make a movie immortalizing his life at the convenience store that started it all,” states the description.

Clarks 3 will see a limited theatrical release for two nights only this Fall with an exclusive look behind the scenes featuring Smith and his cast, in partnership with Fathom Events, on Tuesday, September 13, and Thursday, September 15; tickets are now on sale at Fathom Events.

“Clerks III is the definition of event cinema, especially if you are a Kevin Smith fan or a maven of independent cinema,” said Lionsgate’s EVP of Acquisitions & Co-Productions, Eda Kowan. “This film rounds out the story that started a revolution in filmmaking. And to bring it to the fans on the big screen, there is no greater partner in the world of event cinema than Fathom Events.”

“Fathom Events is excited to partner with exhibition in hosting possibly the most loyal fan base in movies for this very special event,” added Fathom Events CEO Ray Nutt. “We’re proud to work with Lionsgate and Kevin Smith to bring the beloved Clerks story full circle.”

In 1993 we made my first film, Clerks.
In 2006 we made my 7th film Clerks II.
This fall, my friends & I proudly present my 14th film – CLERKS III!
And today, we have a trailer!
Come see it with me on CLERKS III: THE CONVENIENCE TOUR! Get tickets now at https://t.co/pJCYU13Koa pic.twitter.com/cQ4T4Kmh4A

Thanks for making our @ClerksMovie trailer trend! RIGHT NOW, you can get tickets to see CIII at the @fathomevents screenings on 9/13 & 9/15: https://t.co/35pbUmvsJr! Or see it WITH me on The Convenience Tour when tix go on sale FRIDAY! More dates announced on @Comic_Con weekend! pic.twitter.com/EdywUOt2kL

You ARE supposed to be here today – when the @ClerksMovie trailer debuts At 9amPST / NoonEST! Behold our key art poster, featuring our fantastic foursome not working at work! Join me, @JayMewes, @BrianCOHalloran & JeffAnderson on @instagram Live to intro to the trailer at 8:45am! pic.twitter.com/UAJOytCYfK 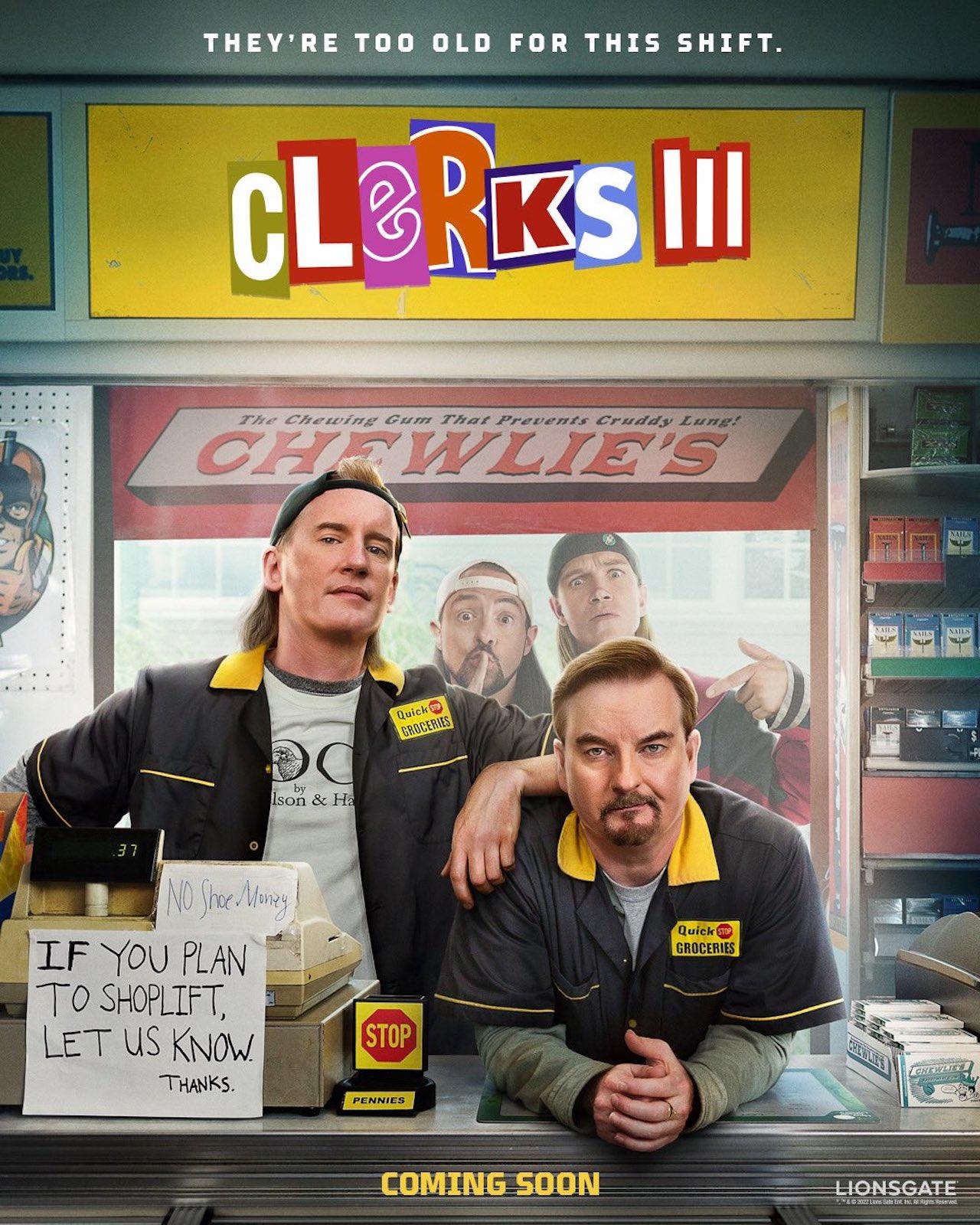