While attending last night’s Golden Globes, Marvel Studios president Kevin Feige offers that he is open to an Adam McKay Silver Surfer movie, as a couple of weeks ago saw McKay state that Silver Surfer is the one he wants to do.”

“I’ve not gotten a call yet, but I’ve seen Adam tonight. He is as everybody knows an incredibly smart guy, he’s an honest to goodness fan,” Feige said. “And he did a lot of behind-the-scenes help with us on the first Ant-Man film.”

Kevin Feige then confirms it was Marvel who helped get Adam McKay the Galactus cameo in Vice, which starred Christian Bale as Dick Cheney.

“Have you seen Vice? Little cameo. Little Galactus cameo in there that we helped him get,” Feige said. “So I look forward to speaking with him more.”

In McKay’s Vice, there’s an extended shot of Galactus in one sequence, which is being narrated by Jesse Plemons’ character recounting the political machinations of Vice President Dick Cheney.

Regarding what Adam McKay had to say about the Silver Surfer a couple of weeks ago:

Marvel Studios is set to get both the Silver Surfer and Galactus when the Disney-Fox deal goes through sometime this year, possibly as early as the end of the month. Disney is purchasing Fox Studios for $71.3 billion which also includes the X-Men characters, Wolverine, Deadpool, Cable, X-Force, the James Cameron Avatar franchise, The Simpsons and more.

Disney CEO Bob Iger previously confirm that the X-Men and Fantastic Four characters will come under Kevin Feige, and also that they have plans for the characters to be used as part of their upcoming new Disney+ streaming service. 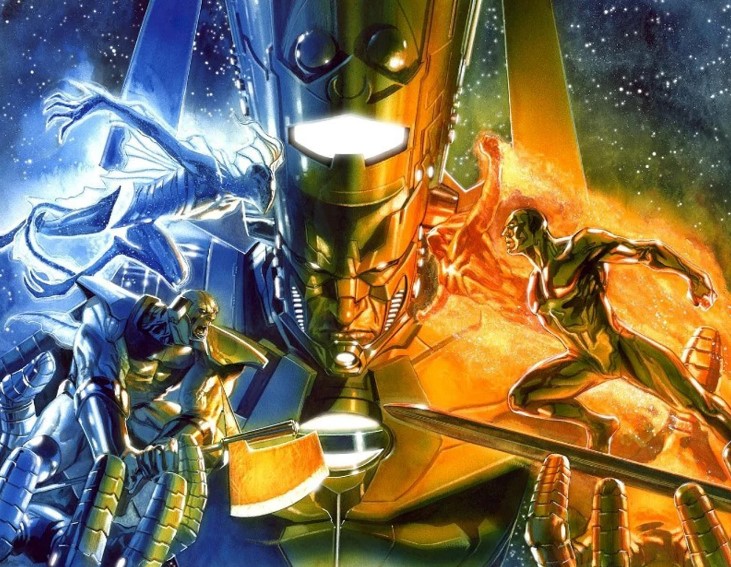