Following yesterday's not so serious pic, now Joaquin Phoenix is all smiles in a new image for the upcoming Joker movie.

The image comes from USA Today as part of their movies you must see this Fall article which offers:

Phillips always liked the villainous Joker’s “predilection for mayhem,” and he sees the new film – and a clown-for-hire’s tragic “descent into madness” – as a way to make a 1970s-era character study out of a comic book movie. His star also just happens to be the “ultimate get,” Phillips says. “My goal wasn't to take Joaquin Phoenix and put him in the comic book universe. My goal was to take comic books (universe) and put it in the Joaquin Phoenix universe.” There’s “a darkness that (previous) actors probably had to live in” to play the Joker, and “Joaquin was aware of that,” Phillips adds. “I would say he's unusually comfortable in that space.” 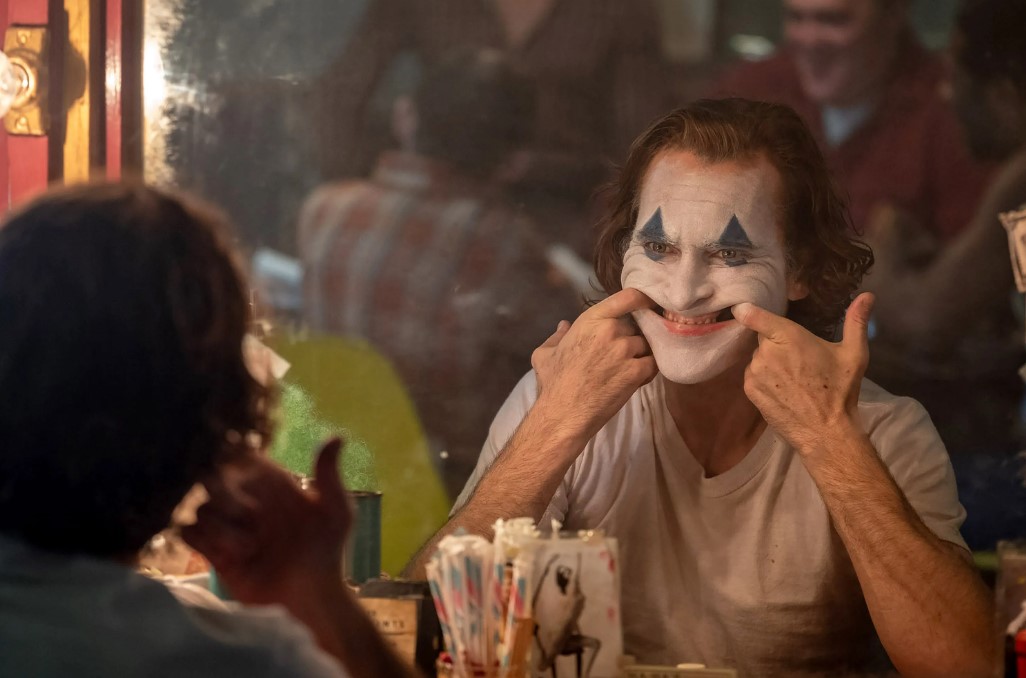 Director Todd Phillips also previously confirmed the flick will have a worldwide October 4 release. Check out the trailer and info for the movie: