The latest issue of Empire Magazine sports Joaquin Phoenix as the Joker grinning as the Clown Prince of Crime.

It’s possible with Warner Bros. skipping out on this month’s San Diego Comic-Con, that maybe they will release a new Joker trailer to go along with the release and featured article from the magazine. 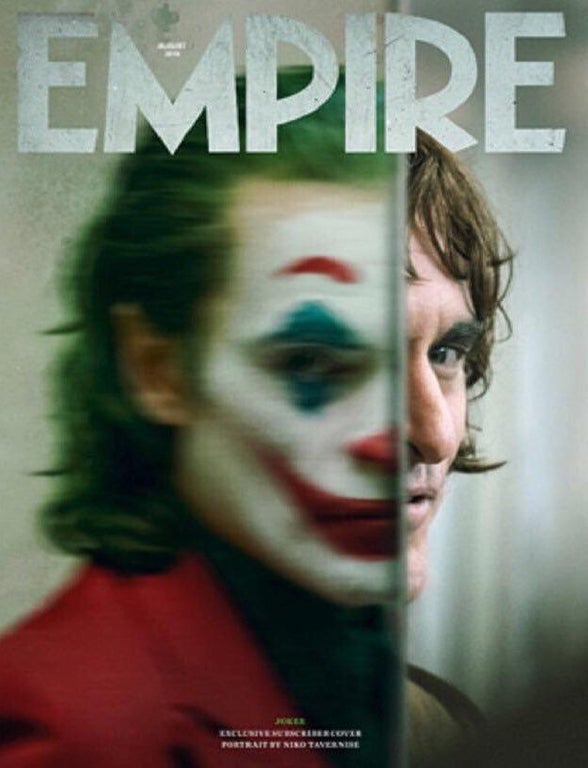 @empiremagazine. Issue out July 11th. The first pic is the newsstand cover. The second is the special subscriber cover (I think that’s how it works…)

Joker is confirmed to be Rated-R and has an October 4, 2019 release date directed by Todd Phillips and stars Joaquin Phoenix as the titular character and Arthur Fleck, Zazie Beetz as a single mother and the love interest of Joker, Robert DeNiro as a talk show host, Marc Maron is the agent responsible for getting the Joker on DeNiro’s talk show, with the film also starring Frances Conroy, Josh Pais, Bill Camp, Glenn Fleshler, Douglas Hodge, Shea Whigham, and Bret Cullen as Thomas Wayne.