The reboot looks to be in the early stages as Deadline reports J.J. Abrams will be producing a new Superman movie and that Ta-Nehisi Coates is writing with Hannah Minghella also producing.

Deadline offers no plot details are known as of yet or actors attached to the role, but regarding Henry Cavill, Zack Snyder’s choice to play the Man of Steel, it’s said Cavill is eager to get back into the cape.

According to previous rumors, J.J. Abrams has met with Henry Cavill to talk about Superman but hadn’t made a decision at that time.

The article also points out that Ta-Nehisi Coates is writing Ryan Coogler’s drama Wrong Answer – about a math teacher in Atlanta who is scandalized when he looks to get funding for his school by altering his students’ test scores – that has Michael B. Jordan attached to star.

As the national correspondent for The Atlantic, Coates covered cultural, social and political issues, specifically that of African Americans and white supremacy. He has written for The Village Voice, TIME and has contributed to the New York Times Magazine, Washington Post and more. His non-fiction books include The Beautiful Struggle, Between the World and Me, and We Were Eight Years in Power: An American Tragedy. Between the World and Me won the 2015 National Book Award for Nonfiction. Of note, Coates has written a Black Panther and a Captain America series for Marvel Comics. Coates received a special thanks credit on Avengers: Infinity War, Avengers: Endgame and Black Panther.

Michael B. Jordan’s name has surfaced and been rumored to be playing Superman at one time or another, but credit to Jordan, he did say he didn’t want to play the original Superman, Kal-El, but a black Superman, as in the comics the black Superman is Calvin Ellis, who actually goes on to become the President of the United States.

Checking Hannah Minghella’s IMDb page reveals she is new to the scene as she is only listed as a producer for the upcoming Masters of the Universe movie as well as the upcoming untitled Cloverfield Sequel. 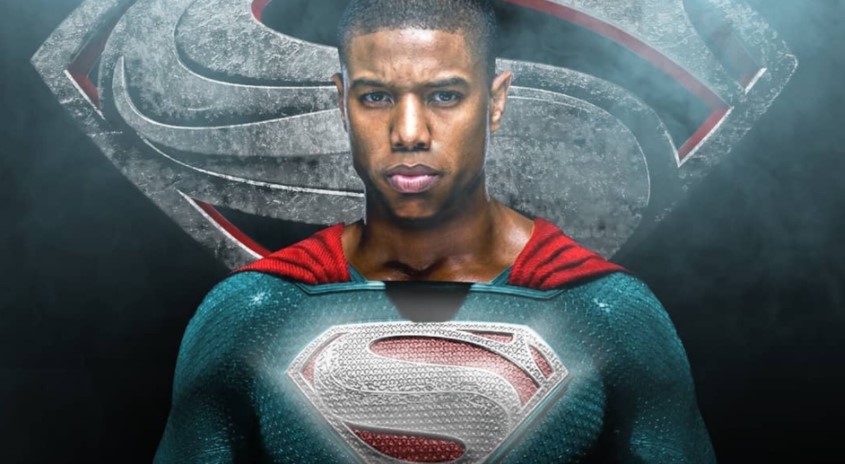 DCEU reboot may be in the works with Superman, Batman, Suicide Squad

Regarding what I was told two years ago, which was while I attended the San Diego Comic Con, DC insiders filled me in that J.J. Abrams would be taking on both Superman and Green Lantern, that the Abrams’ Superman would be a new actor, and that it would connect to the Matt Reeves and Robert Pattinson The Batman as well as James Gunn’s The Suicide Squad, which would involve a DCEU reboot.

I was also told by DC insiders that a big reason Abrams signed his $500 million deal with WarnerMedia is that Abrams wants to tackle the DC properties. As part of the deal, from what I have been told, Kevin Tsujihara was booted, as Abrams’ producer wife, Katie McGrath, refused to sign with WarnerMedia if Tsujihara was at the helm due to his sex scandal, and that McGrath was paramount in getting the first female WB CEO the gig with Ann Sarnoff.