Hugh Jackman might be teasing a return to Wolverine as the actor posted a pair of images on social media which includes the head of Marvel, Kevin Feige.

Jackman posted Wolverine fan art by Boss Logic on his Instagram Story along with a pic of himself with Feige.

Nothing was posted with the images, so exactly what Hugh Jackman seems to be stating is unknown, but what is interesting is that it's rumored Hugh Jackman is wanted back as Wolverine by Feige. 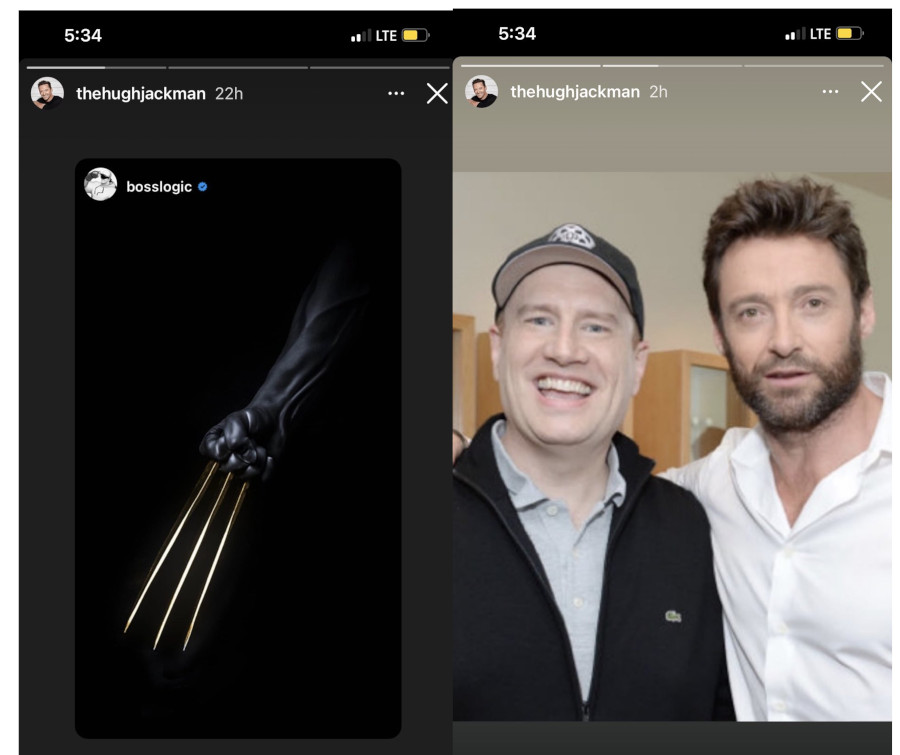 Hugh Jackman back as Wolverine in the MCU rumors

Back in October of last year, it was claimed that Marvel reached out to Jackman for a return as Wolverine with it also said Feige wants Jackman back at least one more time.

"I've also heard that Feige is talking to Sony about making your dreams come true and having Tobey Maguire and Andrew Garfield come back to unite the Spider-Men, Batman-Flash style," YouTube Grace Randolph said. "He also would like to bring back Hugh Jackman for one last round as Wolverine. Now, again, this is right now Kevin Feige's wish list. We'll see what he can actually do."

It could be possible that with Doctor Strange 2 dealing with the Multiverse, that an appearance by Jackman as Wolverine could happen. What is interesting is that Doctor Strange 2 is also rumored to feature different versions of The Avengers, and Jackman previously said he wouldn't be able to pass up an opportunity to appear alongside them.

Additional rumors offer Hugh Jackman might be involved in a Wolverine vs Hulk movie, and another possibility is with the MCU version of Deadpool as both Jackman and Ryan Reynolds have teased a "feud" on social media for years, and it is also known Deadpool 3 was going to feature Wolverine.