Guardians of the Galaxy #8

Issue #7 set up this new story arc with a bunch of tired old plot devices (i.e., destruction of the Nova Corps, J’Son betraying Peter’s trust, this bumbling iteration of Quill “leading” the team into an obvious trap, the UCT up to old tricks, etc.) which left me both wondering if Cates could redeem the storyline and hoping that he would. My doubts were allayed and my hopes were fulfilled with the publication of Guardians of the Galaxy issue #8.

Issue #8 is easily the best of this volume of GotG to date. Cates really flexes his storytelling muscles this issue and delivers a tour de force re-telling of Rocket’s origin story. Since DnA’s reboot of Guardians of the Galaxy, the best writers for the concept (i.e., DnA – and now, Cates) have understood Rocket’s personality as best portrayed by equal parts pathos and humor arising from the pathos. Until now, we’ve only had hints as to the origin of Rocket’s pain. Cates weaves a gripping, poignant tale of Rocket’s origin that perfectly strikes every emotional chord and effortlessly intersects with the current arc and Rocket’s teammates’ emotional pain in reaction to his abandonment of the team. Rocket fans will be talking about this origin story forever.

Cates also finds time to catch us up on developments between Quill’s part of the team and the UCT. Cates has an intriguing idea for the UCT this time around that he is slowly and tantalizingly revealing – and he appears to be avoiding the tired old Adam Warlock/Magus cliché. Bravo! I look forward to seeing who the big bad(s) will be next issue.

Smith’s art was a joy to behold as perfectly accentuated by Curiel’s colors. Smith is quickly becoming my new favorite artist for the Cosmic characters. Henderson and White’s cover art was eye-catching and a vast improvement over last month’s cover.

In summary, Cates has made great strides in rescuing Guardians of the Galaxy from the doldrums where it resided under Bendis, Loeb, et al. Now, if he will just restore Nova, the Nova Corps, Quasar, Darkhawk, the Spaceknights, and the rest of Cosmic to their former glory, he will win me and the rest of the true Cosmic fans over for this new era of Marvel Cosmic.

Guardians of the Galaxy #8 Preview: 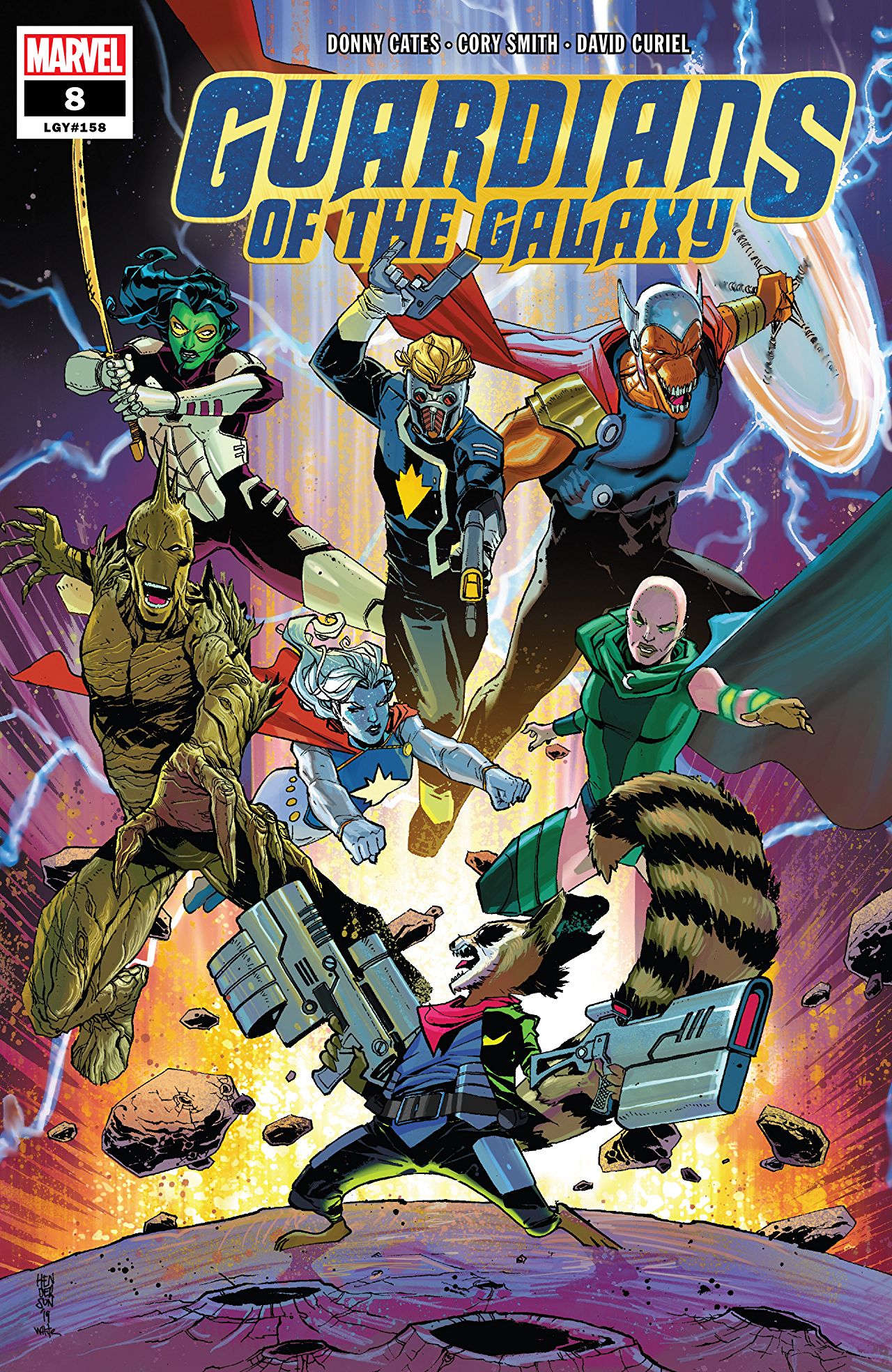 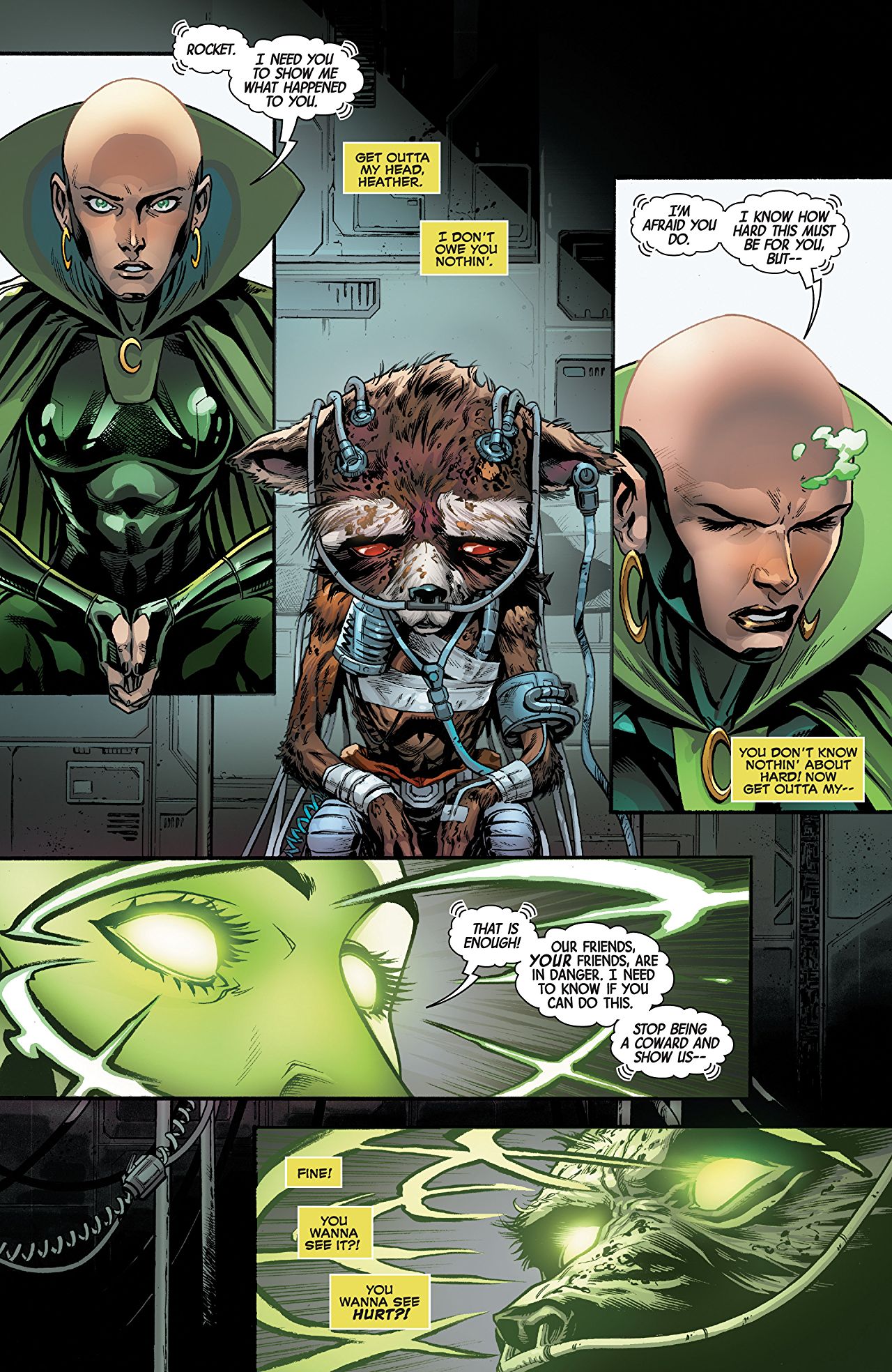 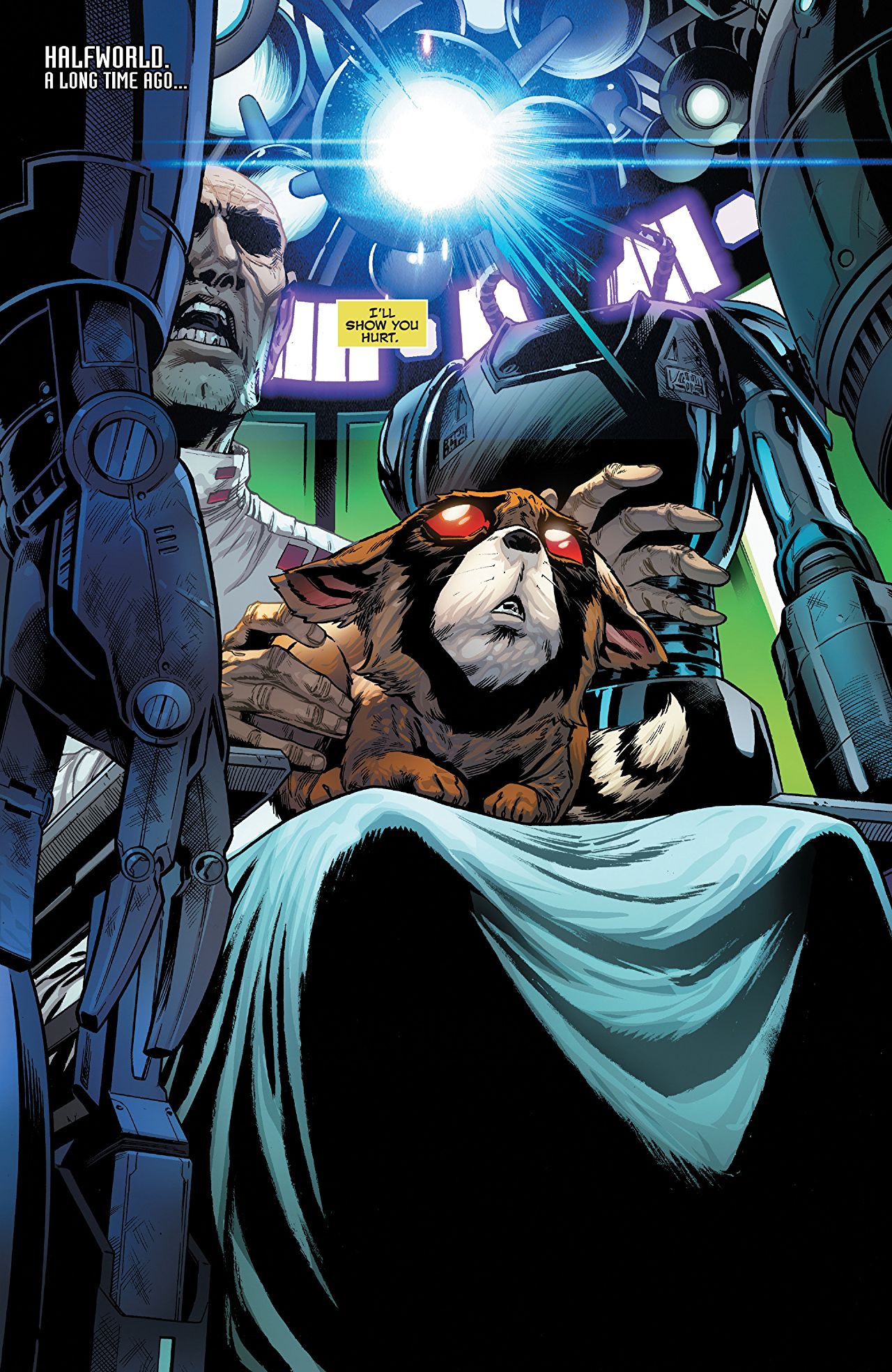 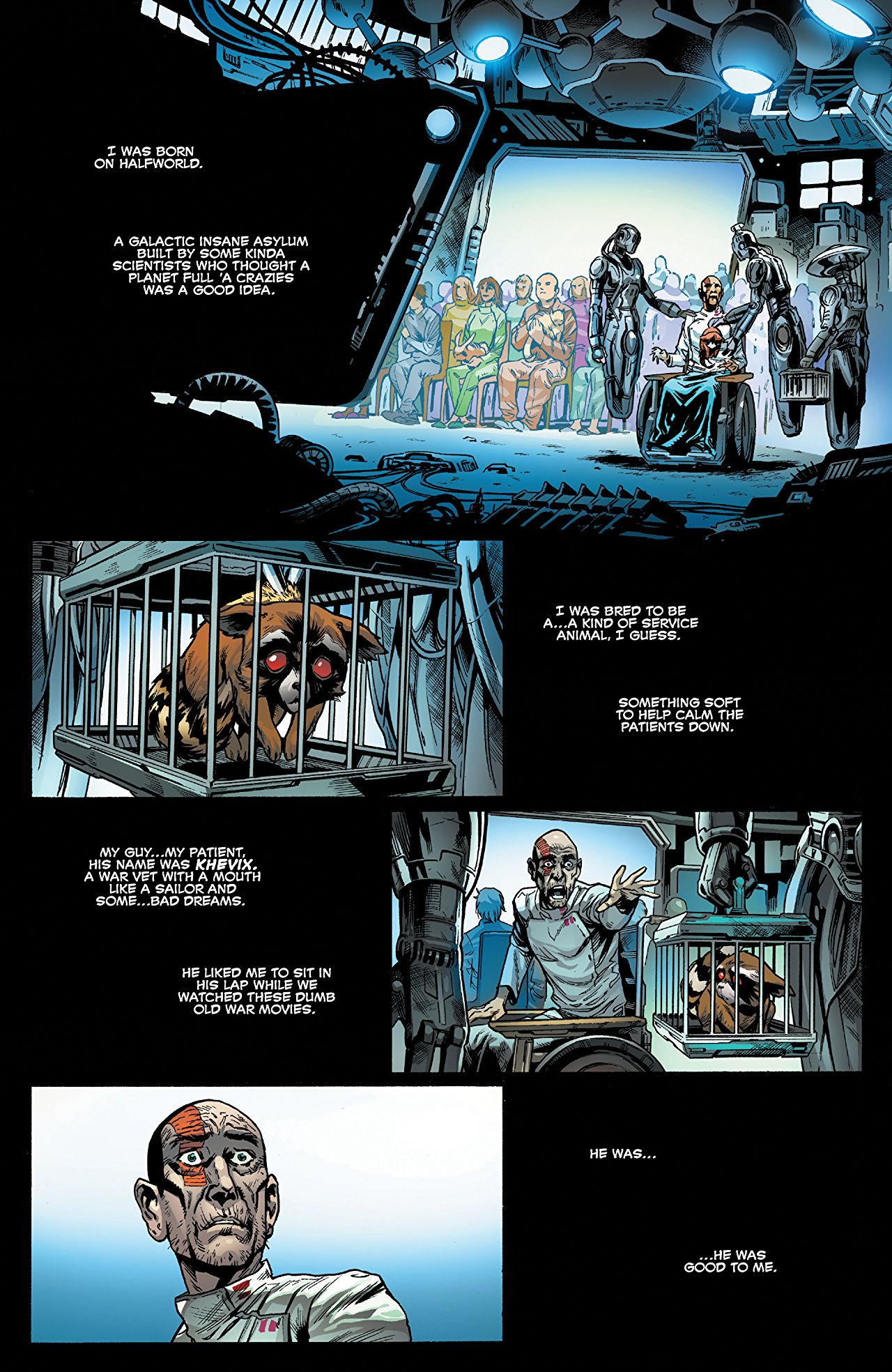