Guardians of the Galaxy #7

This edition begins another 6-issue arc entitled, “Faithless,” with our intrepid team of heroes and anti-heroes facing off against an old enemy.

I honestly have very mixed feelings about this issue as it began with an extremely tired old cliché, the destruction of pretty much the entire re-formed Nova Corps (with the exception of Rich Rider). It’s just lazy writing to once again use the Corps as throwaway character “good guys to be killed off en masse” plot devices for both introducing this arc’s big-bad, the UCT (with an admittedly interesting twist), and for a new Nova series in the works (as mentioned in the letters page). The “Lone Ranger” Nova concept has been done to death and simply doesn’t work as well as Rich Rider being part of an ensemble cast including a large and effective Corps. If Cates is planning another “Lone Ranger” Nova series, or worse, another “buddy cop” series that includes Sam Alexander with Rich – or even worse, another Sam Alexander solo series, I predict it won’t last beyond 6 issues. Sam Alexander is the kiss of death to any series and is best forgotten from the Nova mythos (or if we can’t get rid of the annoying little bastard, he’s best kept relegated to a low-selling concept like The Champions). On the other hand, if Cates continues to forget about Sam Alexander and goes with a large ensemble cast of characters interacting with Rich Rider reminiscent of Annihilation and Nova Volume IV, the new Nova series may well have a good long run – especially if he can correct the absolute mess that has been made of the Nova continuity and mythos by Loeb, Bendis, and pretty much everyone else who has had their grubby little hands on the Nova character and concepts since Marvel un-wisely canned DnA. Though, to be brutally honest – with the treatment of the Corps in this issue, I’m beginning to doubt if Cates is up to the task of producing a good quality Nova series. I hope that subsequent issues of this current Guardians of the Galaxy arc alleviate my growing doubts and concerns.

Unfortunately, the hackneyed Nova Corps destruction plot device is closely followed by another hackneyed plot device, J’Son’s and Peter’s strained relationship. Was anybody surprised by J’Son’s reveal? I know I wasn’t. How many betrayals will it take before Peter stops trusting J’Son? Once again, this surfer-dude iteration of Peter makes a silly, predictable mistake that predictably endangers the whole team. If this were a pirate ship with a Captain who made so many mistakes, that Captain would have already been deposed and thrown overboard. I have to ask myself why the team keeps following Quill.

I have mixed feelings about the direction the Gamora-Quill relationship is taking. Once again, the comic book seems to be being overly influenced by the movies. Not to mention, romantic entanglements might cause Peter to make even more bad decisions that endanger the team un-necessarily. On the other hand, if he has to have a love interest, Gamora makes a helluva lot more sense than Kitty Pryde ever did.

The Rocket Racoon reveal at the end wasn’t entirely unexpected given the cover art, but once again the comic book seems to be being overly influenced by the movies. I suppose at some point in this arc, Rocket will be rejuvenated.

By far, the shining points of this issue were Cory Smith’s art and David Curiel’s colors. Smith has a real eye for cosmic and I really enjoyed his photo-realistic style – a style that I prefer for cosmic in general. Curiel’s colors perfectly punctuated Smith’s art. Marquez and White have been inconsistent with the cover art – producing some awe-inspiring GotG covers at times and some un-inspiring GotG covers at other times. Unfortunately, this issue’s cover falls in the latter category. One editorial critique, Mr. Shan, Rich’s last name is spelled “Rider,” not “Ryder.”

This second arc to the re-vamped GotG is off to a rocky (pun intended) start. The good news is, it’s still light years better than anything “cosmic” that was produced by Loeb, Bendis, and the others who followed them after DnA’s departure. Cates is aspiring to re-capture the most recent glory days of cosmic and I support his continued efforts. I have high hopes that this arc will really start to cook next issue.

Guardians of the Galaxy #7 preview: 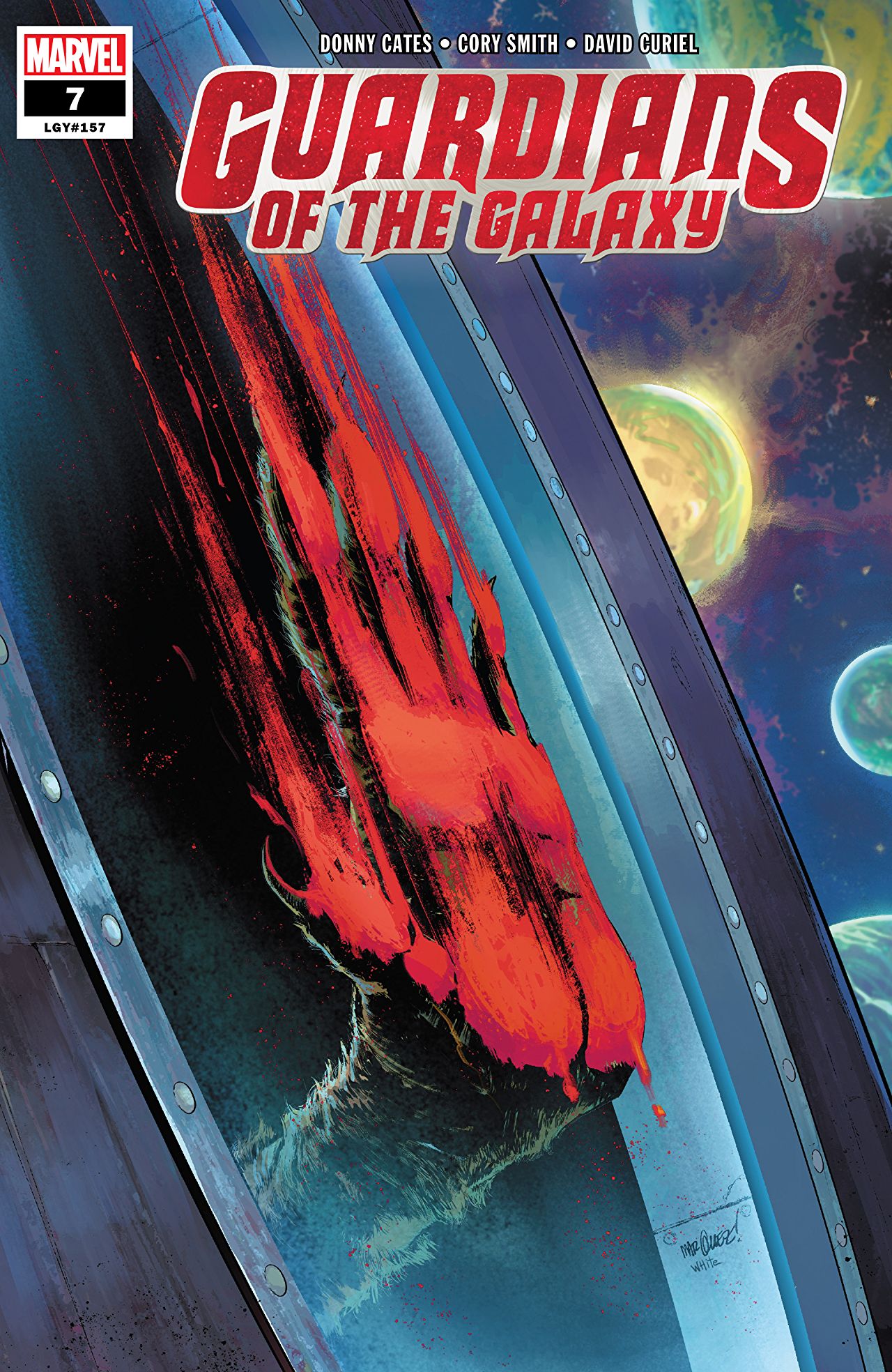 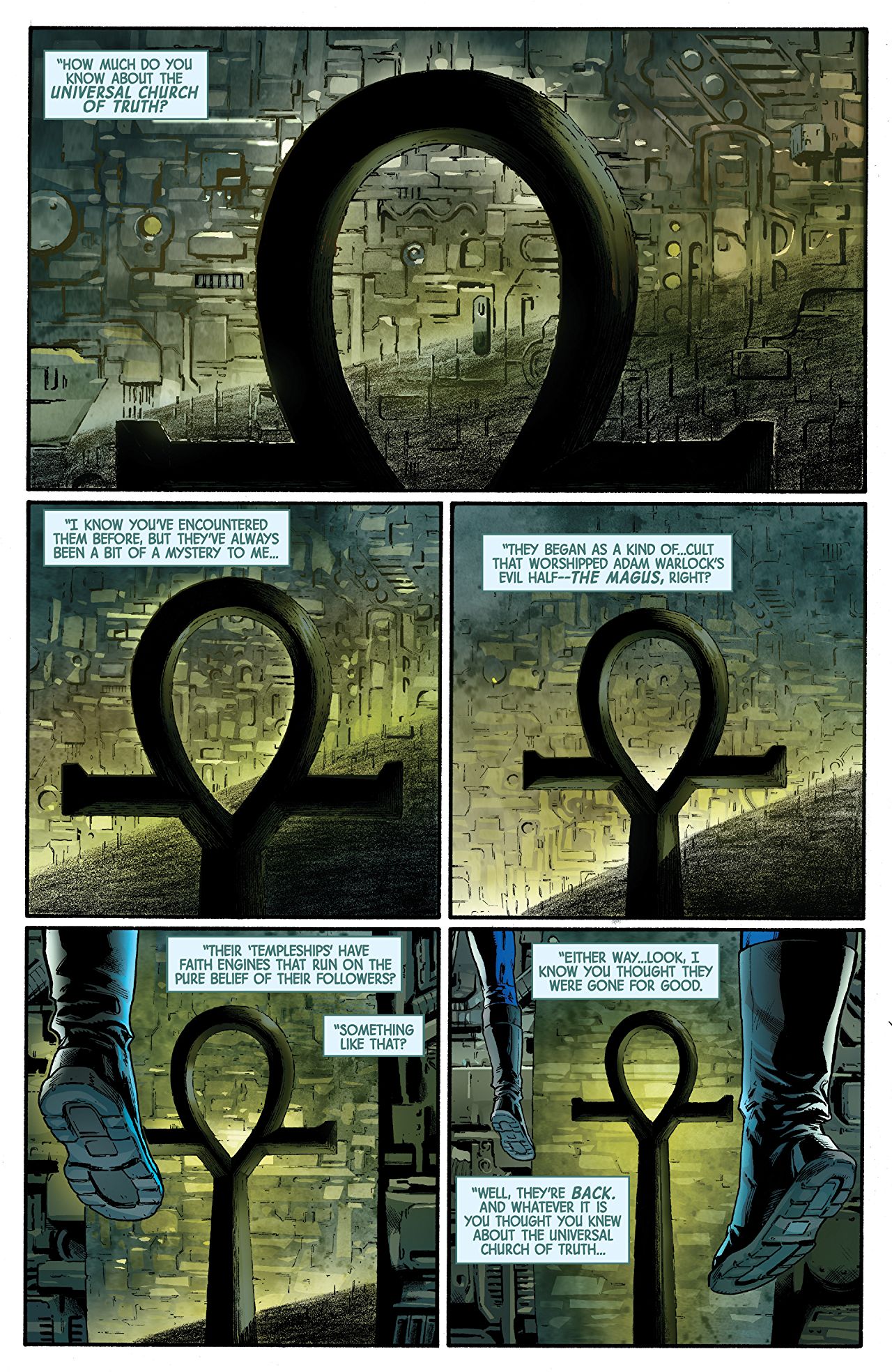 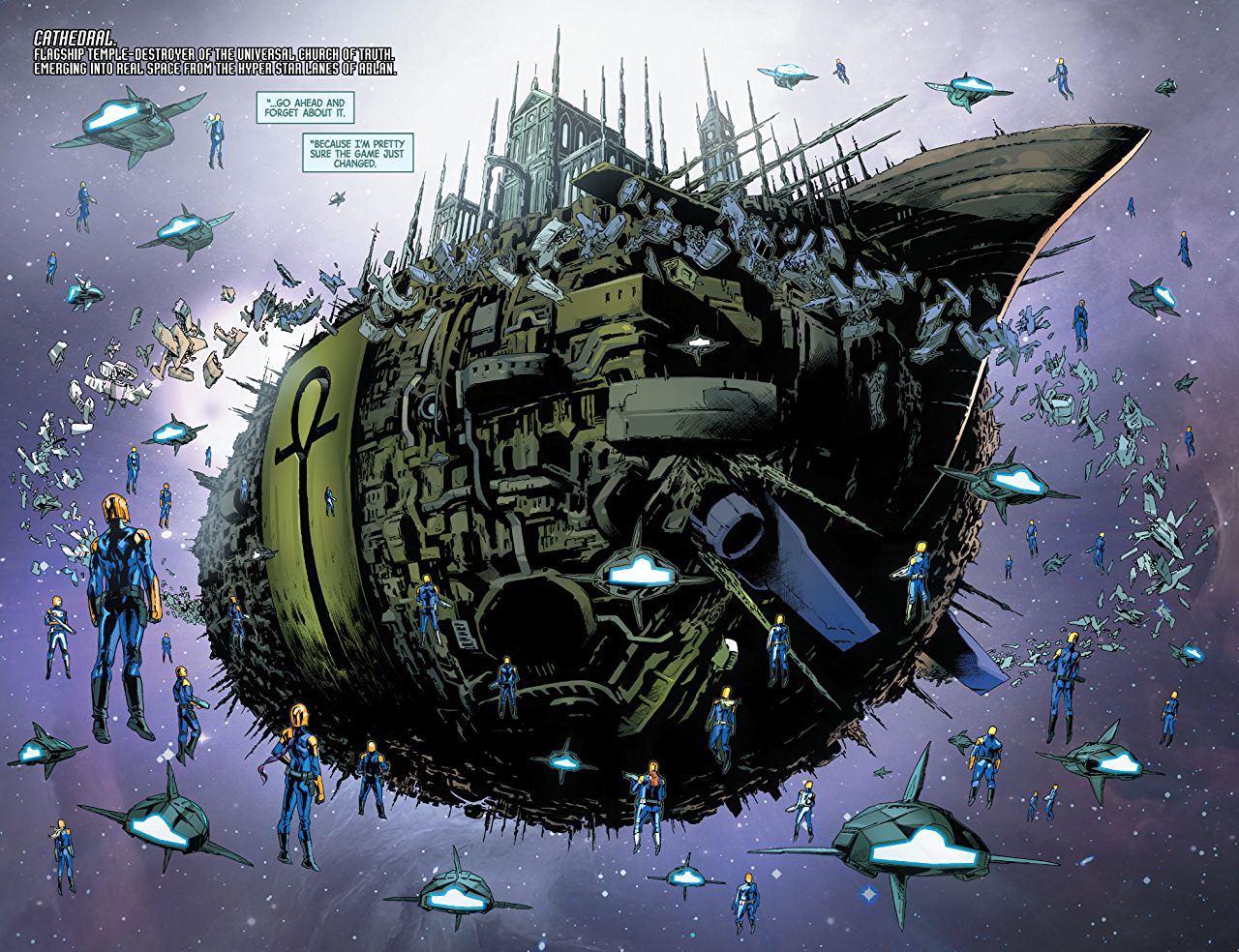 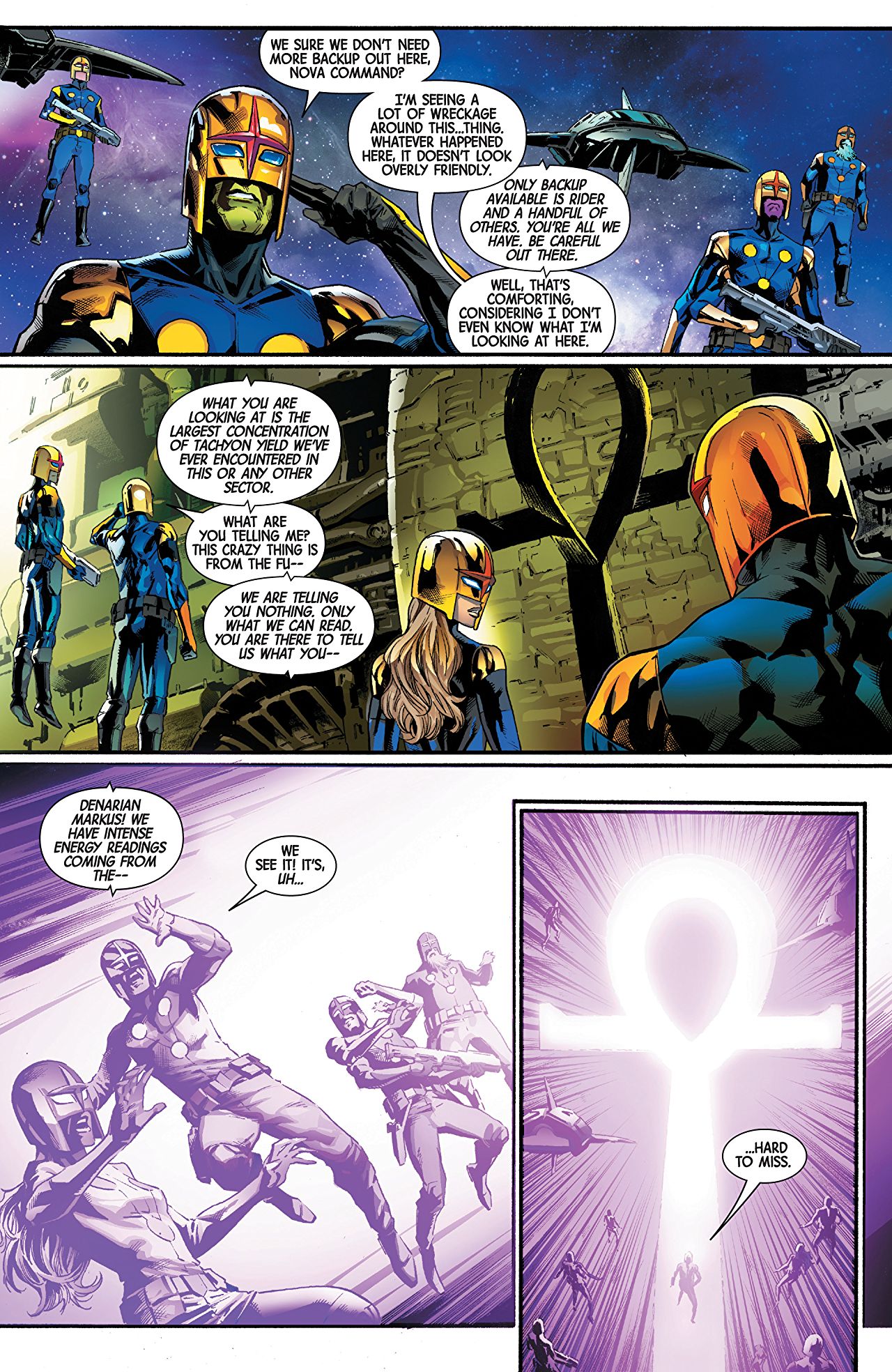