No worries, as the Green Lantern series coming to the HBO Max streaming service won’t be a low budget goofy show like the DC shows released on The CW but will have a high budget on part with movies.

Co-writer and executive producer of Green Lantern, Marc Guggenheim, appeared on YouTube as part of a spotlight panel for Comic-Con and said that while they won’t be developing the Green Lantern series as if it’s just one long movie, they are still coming at it from a movie standpoint in terms of producing it, which means Green Lantern will have a high budget.

“I happen to believe — and this is not a universally held opinion — that you can’t do a ten-hour show or an eight-episode show, like an eight-hour movie,” Guggenheim said. “I don’t think that works. When I see it done, there’s always some flabby episodes in the middle. I think you have to approach it like a TV series and approach each episode like its own entity. Even though it’s streaming, even though hopefully people will binge it, you’ve got to make each episode a satisfying meal. You’ve got to look at it with a different tempo than you would have in a two-hour movie. That being said, certainly the show for HBO Max that we’re all working on, we are approaching it with the production ambitions of a movie. So we’re writing it like a TV show but we’re hoping to produce it like a film.”

Details for the Green Lantern HBO Max series include that it will depict the adventures of a multitude of Lanterns, including Guy Gardner, Jessica Cruz, Simon Baz, and Alan Scott, and that the series will also include fan favorites such as Sinestro and Kilowog, and will also introduce new heroes to the ranks of the Green Lantern Corps.

It’s thought Hal Jordan, John Stewart, and possibly Kyle Rayner are being saved for a movie. 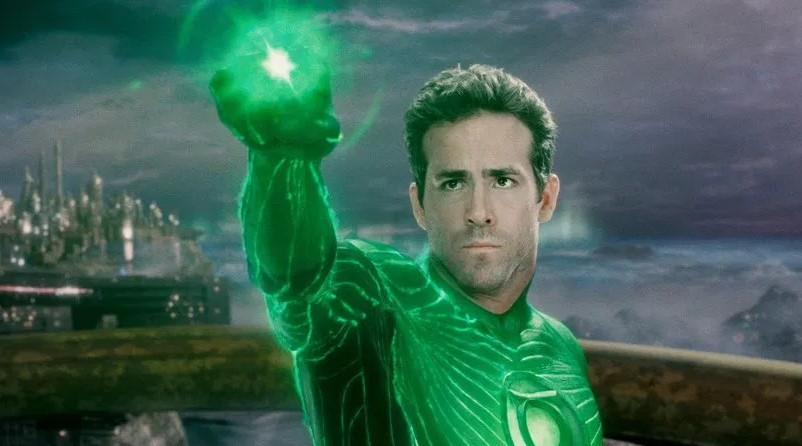 Guggenheim and Greg Berlanti were also attached to the 2011 Green Lantern movie starring Ryan Reynolds that flopped at the box office, but it should be noted that Guggenheim and Berlanti developed numerous scripts for the movie, and what was released in theaters was not by them.

Back in 2016, Berlanti actually revealed they were fired from the film.

“I’ve had a lot of stuff not work on TV, too. I’ve had as much failure in this business as I’ve had success, across both spectrums. We can count pillows! (Laughs.) But Green Lantern is a great one to point to,” said Berlanti. “I got fired from that movie as a writer and as a director, and yet my name was all over it. I still get blamed for it, even though I had nothing to do with the finished product. As Marc Guggenheim always says, there’s a very Google-able script that we did write that was not executed that I still stand by. But at the time, I thought, “Oh God, that noose will hang around my neck my whole life.”

In 2017, Guggenheim offered the following about his involvement in the 2011 Green Lantern flick.

“I feel sorry for what happened, too. At the end of the day, the thing about Green Lantern is we weren’t the ultimate authors of that,” explained Guggenheim. “We did several drafts of the script, and then it went on to another writer who did his own pass on it, it gets produced, and it just gets sort of out of our control. So the lesson we took away from it is, if we are going to go down let’s at least go down on our own vision, unadulterated unfiltered through other people’s hands. It is what it is. I always like to say, it’s the very first draft, so it’s not a perfect draft by any means, but the very first draft is out there online. You can find it with a quick Google search.”