Star of Ant-Man and the Wasp, Evangeline Lilly, has taken to social media to reveal that she has shaved her head.

In a series of posts on Instagram, Lilly revealed her transformation.

“#homecut (swipe) Stop or keep going?? (For those of you that follow me on @thesquickerwonkers…you already know,” she posted.

Her big reveal came in a photo showing her dark locks completely gone.

It’s unknown why Evangeline Lilly shaved her head, but a quick check of her IMDb page reveals she will be filming Happy Life soon, described as: A woman embarks on a mission of self-discovery after she suspects her workaholic husband of having an affair.

The pics also reveal Evangeline Lilly to look in rather good shape as her arms sport some definition.

Ant-Man 3 was also recently announced, with Evangeline Lilly expected back as her character Hope Van Dyne, aka Wasp, who was last seen in Avengers: Endgame. The flick doesn’t look to start filming until late in 2020 or sometime in 2021, so maybe her hair will have grown back a bit by then.

#homecut (swipe) Stop or keep going?? (For those of you that follow me on @thesquickerwonkers…you already know. ——)

A post shared by Evangeline Lilly (@evangelinelillyofficial) on Nov 1, 2019 at 9:31am PDT 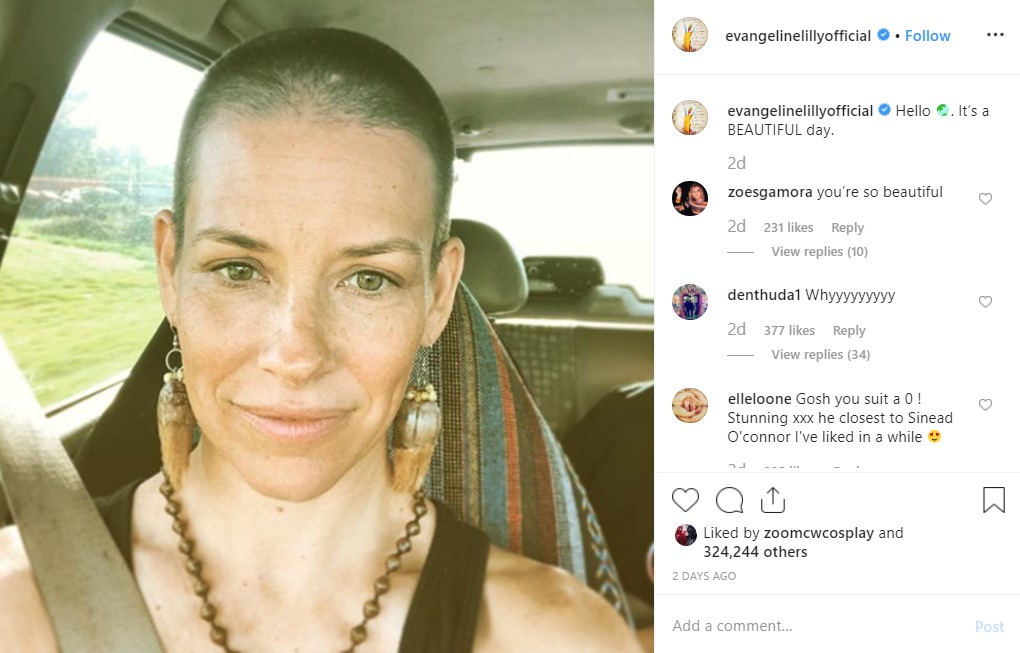