Eiza Gonzalez, who starred in the From Dusk Till Dawn series, happens to be in super shape as well. The 28-year-old actress, who stars in the upcoming Alita: Battle Angel movie, took to Instagram to show off pics and video of herself at the beach and surfing.

Her upcoming slate of films also includes the Bloodshot movie, which stars Vin Diesel as the titular character and is based on the Valiant comic book character; Cut Throat City, a heist movie set in the lower ninth ward in New Orleans during Hurricane Katrina; Fast & Furious presents: Hobbs & Shaw, also starring Dwayne Johnson, Vanessa Kirby, Jason Statham and Idris Elba; Godzilla vs. Kong, a sequel to Godzilla: King of the Monsters, and Eiza Gonzalez is also starring in Kung Fury 2 which is from David Sandberg.

Eiza Gonzalez also happens to be a fan-favorite choice to play Catwoman for the DCEU. Last October actually saw her don a Catwoman costume for Halloween. The character has yet to be cast for the DCEU, but Catwoman may appear in the upcoming Margot Robbie Harley Quinn Birds of Prey film.

Alita: Battle Angel is in theaters on Feb. 14. 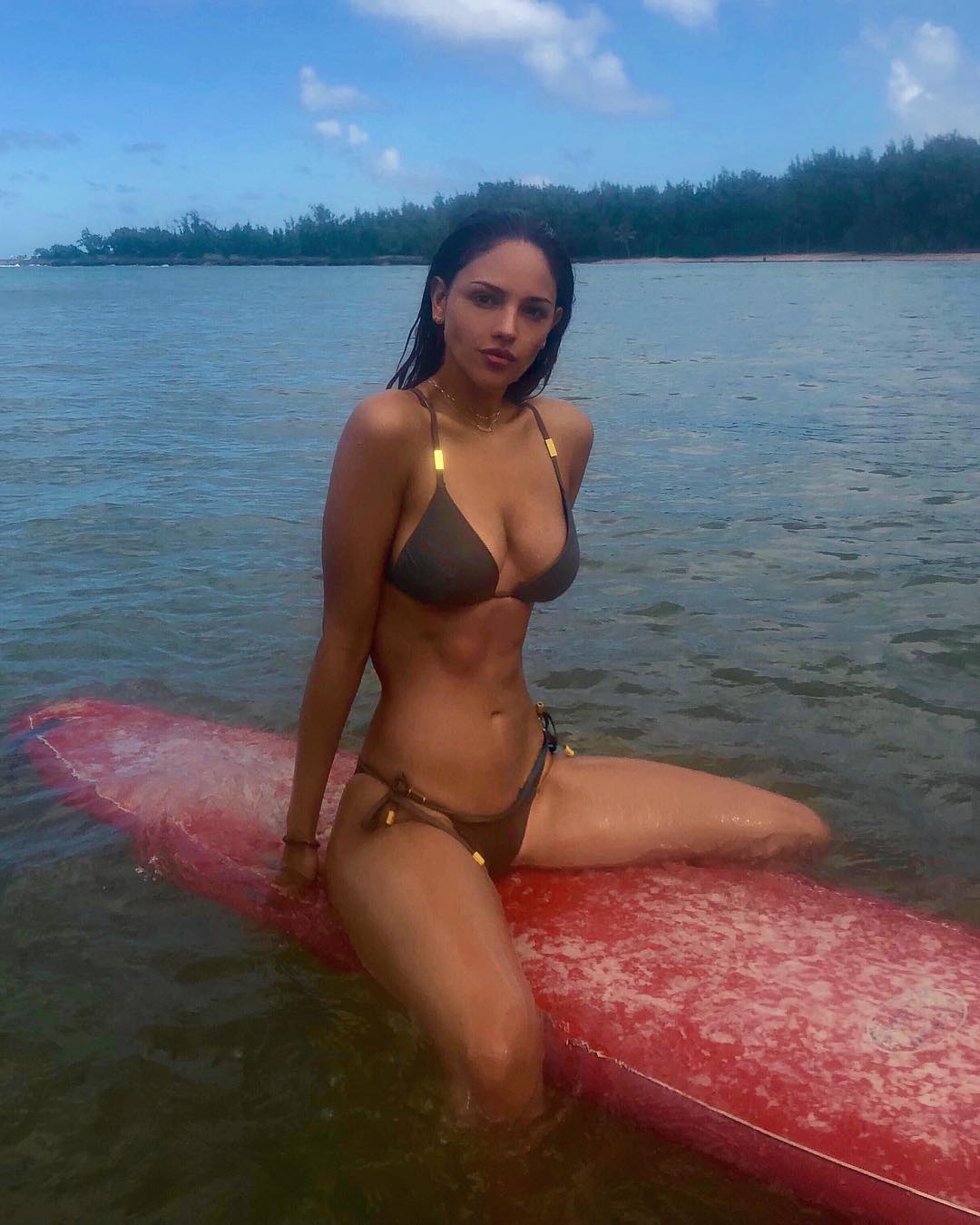