Rotten Tomatoes is once again being accused of removing reviews, this time for Doctor Who, and doctoring the Audience Score.

The movie review aggregate site owned by Comcast's Fandango and run by a former exec at Disney has been accused of similar behavior for Captain Marvel and Disney Star Wars.

Season 12 for Doctor Who is currently the lowest-rated season for the show by fans at Rotten Tomatoes with a 13% Audience Score.

If true, that would mean the Doctor Who Rotten Tomatoes Audience Score is even lower than 13%. 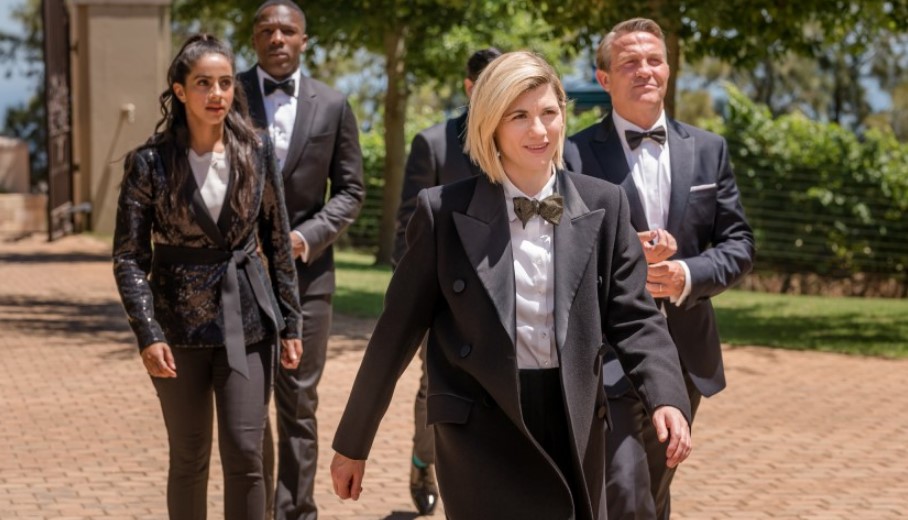 "Very disappointing, it seems they learned nothing from reviews of season 11. I'm reposting this review, my first was removed," said a user of the site.

Another user offered a similar experience: "About half of the reviews, including mine, are gone. Rotten Tomatoes is doing their best to raise the user score and it keeps dropping to the low teens. This incarnation of Doctor Who is all preachy and holier than thou. Terrible writing. Terrible pacing and no originality. They keep borrowing from previous, better episodes. The companions are useless and forgettable. Half the time I can't even remember their names. They need to return to one companion, or at most two. With three, most of the time 1 or 2 of them have nothing to do but busy work. This past episode, Panicky Police officer Yaz tries to control the crowd unsuccessfully. However, non-companion Thomas Edison gets people to flee with one sentence. But what is the point of having her try to clear the streets? People would run when seeing the aliens. It is because there is nothing else for her to do. Just skip this season."

"I don't think my review was ever even posted after I submitted it," commented another fan on the site. "Chibby needs to Giddy up on out. That's the gist. His vision has clearly failed. This isn't a matter of an audience unwelcoming towards change. It's an issue of poorly written dialogue, a poorly casted ensemble, and a misunderstanding of the genre. And let's be realistic, Doctor Who became its own genre over time. It has been misplaced, and that's what's off with this and the last. There's nothing clever about any of Whittaker's run so far."

"Where did my last two reviews go for the first 3 episodes, seems they got deleted," questioned another use. "Well, I will post here again. The first 2 episodes were ok, "Spyfall" 1 & 2. I thought Doctor Who would pull itself out of the swamp it got itself into in Season 11 which was the worst I have ever seen. Well, what did I watch in the last episode 3, Worst episode ever in the history of Doctor Who. Bad acting, poor plot, too many cast members running around with nothing to do. Please get rid of a couple of companions, Yes & Ryan, need to go."

"Well, I'm disappointed that my original rating was removed for no justifiable reason," offered another fan. "My grievances with the current running of the show are absolutely genuine, and as a fan of the series for over 2 decades, a follower of the audios and reader of the comics, I see no reason why my rating should be deemed fit for removal. I can only imagine that it was inconveniently rated too low, which is a fault of the show and how it is currently run, not a faulted opinion from myself!"

"My rating keeps getting deleted, what the hell!? I'm a long time fan and Doctor who is my favorite show. I feel like this season doesn't hit the mark. The writing is lackluster and they are ignoring continuity to repeat what has come before," said another.