Following the massive layoffs, DC Comics confirms they are once again “cutting the line” — reducing the number of comic books published as part of its slate.

Jim Lee, who is presently still DC’s publisher, confirmed the reduction in the number of comic books published while talking about the “DC Bloodbath” with THR (bold my own):

Absolutely. One hundred percent. It is still the cornerstone of everything that we do. The need for storytelling, updating the mythology, is vital to what we do. The organization leans on us to share and establish the meaningful elements of the content that they need to use and incorporate for all their adaptations. When we think about reaching global audiences, and we see comics as helping drive that awareness and that international brand, it’s very much part of our future.

That said, we will be reducing the size of the slate. But it’s about looking at everything and looking at the bottom 20 percent, 25 percent of the line that wasn’t breaking even or was losing money. It’s about more punch for the pound, so to speak, and increasing the margins of the books that we are doing. It was about aligning the books to the franchise brand content we’ve developed and making sure that every book we put out, we put out for a reason.

So what Jim Lee seems to be stating is that they will publish more books associated with their “brand content,” which means the characters used in movies, basically, i.e. more Batman (which was previously rumored as well as the notion of DC cutting its line even further).

Update: DC has already canceled a number of comic books. 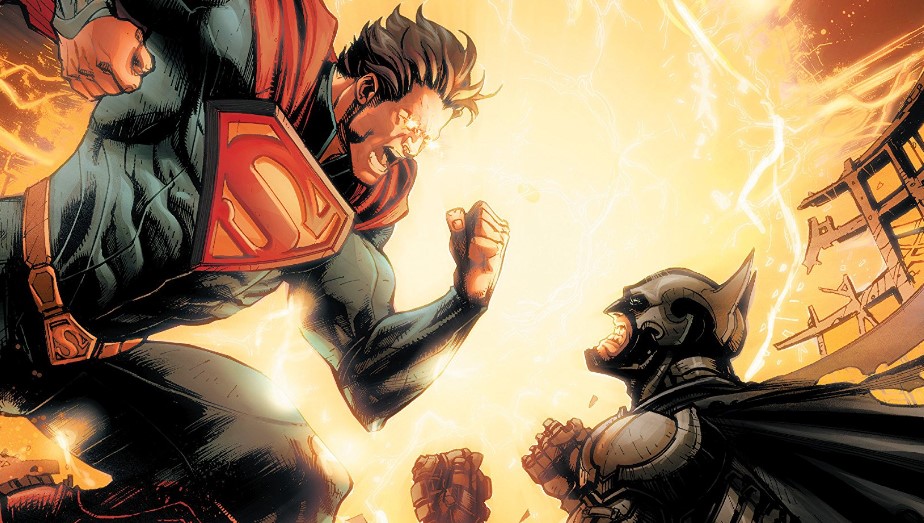 Jim Lee also seemingly confirms the rumor that DC is moving away from comic book shops (which are mostly in the U.S.) and focusing more on digital (bold my own):

Where do you see DC in two years?

You’ll definitely see more international content. You’re going to see more digital content. When you talk about growing our business, both physical and digital, to me the opportunities are global. That’s what we’ll be focusing on. Sometimes that takes the form of content that we take here and translate and sell in other marketplaces, but we want to partner with creatives in various territories and unlock stories that feel authentic to their marketplaces with characters that they can embrace as their own, and look for opportunities to take those characters and seed them throughout all our mythology.

With digital, that’s more of a windowing issue, meaning we’ll go out there with digital content and the stuff that performs well in digital also performs well in print. A good example of that is Injustice, the digital comics that tied into the video game. When that came out, it was the best-selling digital comic of the year, it outsold Batman. And brought a lot of adjacent fans into our business. And when we took that content and reprinted it in physical form, we sold hundreds of thousands of units. It was as big of a hit in physical as in in digital.

We’re using that as a model as we go out and do more digital content. We’ll take the most successful books and repackage it as physical books. I think there is definitely business to be had in physical periodicals. But that said, I think there’s greater upside in digital because we can go to a more global audiences and the barrier to entry, especially in this pandemic, is lower. It’s a lot easier to get digital content into the hands of consumers that want to read stories. We want to lean into that and think thoughtfully what digital content should be, what it should look like, the format.