DC Comics Will Close Down In June Says Rumor

It's claimed that DC Comics will close down as we know it by June 2021, according to information provided to Ethan Van Sciver, a twenty-seven year veteran of the comic book industry who also recently said Jim Lee will be leaving the company.

Van Sciver, known for working on DC's Green Lantern with Geoff Johns (who recently announced he is publishing a creator-owned comic book at Image Comics and not with DC) claims an insider filled him in AT&T has plans to close down DC Comics publishing by June.

Van Sciver says that while the publishing of comic books will end, the popular characters such as Batman, Superman, etc. will live on in the form of movies, TV shows, and video games, which make money for AT&T while the comics do not.

"Comic books themselves have fallen into the hands of extremely irresponsible people in editorial and in publishing who have taken comics and turned them from a good, fun pastime, escapist fantasy into identity, political, evil, poisonous pamphlets that insult their own readers," says Van Sciver on his ComicsArtistPro Secrets YouTube channel. "AT&T fired a BIG portion of their editorial staff in April and just this week they fired the rest of them, essentially. We understand from sources at this point that there are no editors at DC Comics anymore. There are the people who just used to get coffee, interns, people who aren't making very much, people who are going to be running the company until it ends."

Van Sciver continues, "I received a tip, by the way, an unverifiable tip, I gotta say, I don't know if it's true or not, but they are saying DC Comics will close down publishing paper comics in June of 2021. I think they just solicited March's comics, and I guess that, if this is true, that's going to be it." 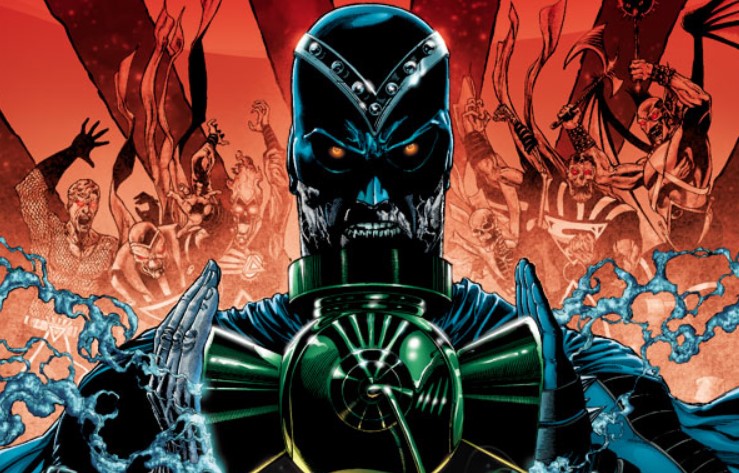 Ethan Van Sciver continues with an example of the major problems at DC Comics and what led to its possible closing, which involves former DC Comics editor Andy Khouri whom AT&T fired, as the editor insulted a large part of the DC fanbase.

"So this company was ruined. It was ruined by far left-wing radical activists who would I say invaded," explains Van Sciver. "These parasitic monsters used DC Comics as their host, their platform to change culture, in an attempt to change politics."

Van Sciver pointed out his previous tweets from 2019 as an example (see below).

"Things are closing down pretty rapidly. Now again, I don't know if that tip is going to turn out to be true but it does seem reasonable to me. The solicitations for March just went out. Yeah, I can see them wrapping things up perhaps by June and switching entirely to a digital market. I think the way things are happening with three-month increments, the sudden change, it sounds about right to me," says Van Sciver.