Following Ethan Van Sciver offering DC Comics will close and that Jim Lee is leaving the company, Van Sciver has received insider information from various creators and editors in regards to the current state of the company, which is said to be in complete chaos, so much so, that female underlings who have no idea what they are doing have been put in charge of the comic book publishing.

Ethan Van Sciver goes over what he has been told in his latest video posted to his ComicsArtistPro Secrets YouTube channel. 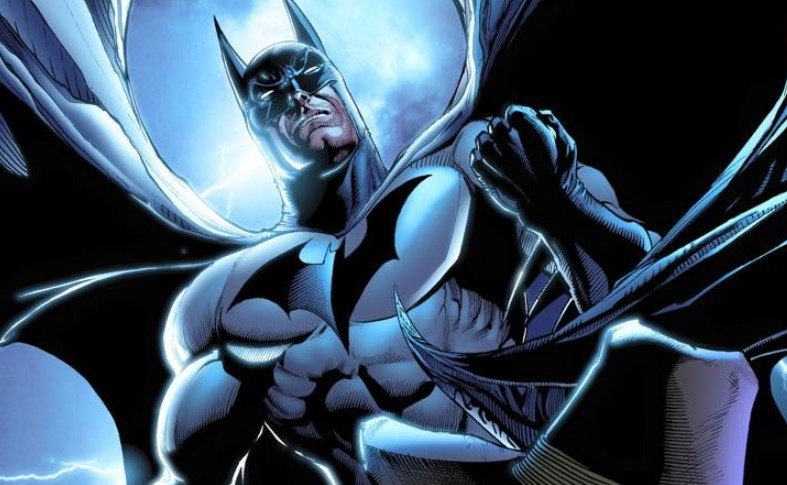 The decline of DC Comics

"I'm reporting on the sad decline of DC Comics. AT&T recently purchased DC Comics. Well, they purchased time Warner which came with DC Comics, and they did this in order to make a streaming service based on all of the Warner Bros. properties which include DC superheroes but it's become clear, one could have predicted this, that they don't want to publish comic books," explains Van Sciver who is a twenty-seven-year veteran of the comic book industry. "They see publishing paper magazines as a thing of the past. They are already $158 billion in debt and are really trying to get out of debt, not get further into debt. So we've seen over the past few months, we've seen them absolutely take a hatchet to DC editorial all the executives therein and just fire everyone, just fire everyone who is skilled and knowledgeable at making comic books."

Van Sciver continues, "The questions remain like what is the future of DC Comics? So they brought in Pamela Lifford to be the president, and they brought in a guy whose name is Daniel Cherry III and he is the general manager. I've never heard of a general manager at DC Comics before and that is because there never has been a need for one. He is managing the decline of DC Comics. He is ending it. He is ending DC publishing. Some peculiar things. They hired Marie Javins, and Marie Javins is not reporting to Jim Lee who is the current chief creative officer and publisher in name only of DC Comics but reporting directly to Daniel Cherry." 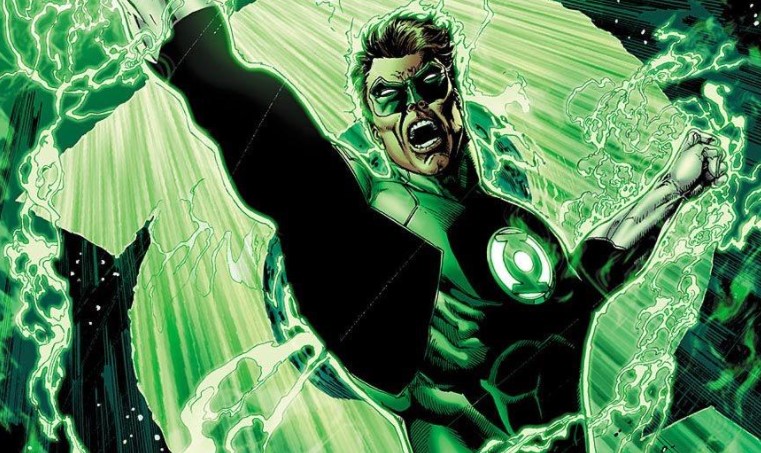 The whole thing is closing down

Regarding what Van Sciver's sources have said, Van Sciver says creators at DC Comics are rushing to get their work in before it closes down.

"They are rushing to get their work in. They got assignments. They are trying to get them in as quickly as possible because they want to get paid before the whole thing closes down," says Van Sciver. "I think the person that wrote this to me is fully aware that nothing they are turning in is going to see publication. There's no mechanism for this work to be published at this point because everybody's been fired and yet, at the point, a lot of creative people still have jobs. He is trying to get his work in, and I would advise anyone else that is working there right now to get... It doesn't even matter what the pages look like. Get the pages in. Get the money and put it in the bank because it's not going to be too long before you don't have a job anymore, and it doesn't matter, none of this stuff is going to see print anyway. So just FYI look out for yourself." 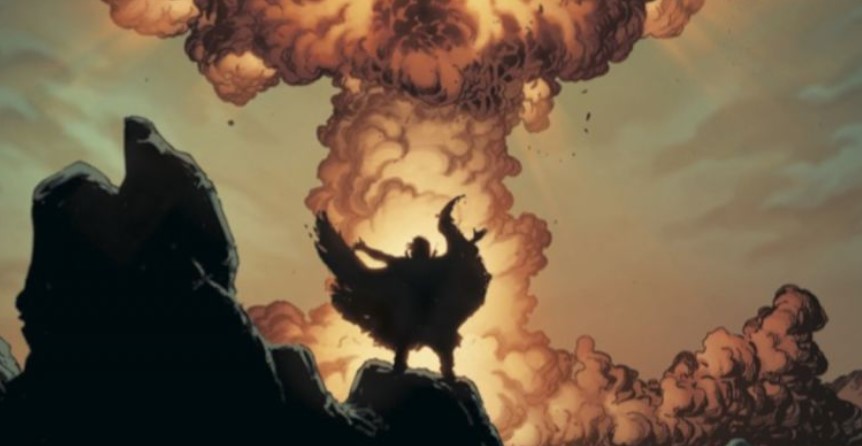 Recently saw the news that Geoff Johns will be publishing Geiger over at Image Comics with artist Gary Frank, Johns' first creator-owned project in over ten years, which is a surprise, because why wouldn't Johns do it with DC? Van Sciver's source touches upon Johns' project at Image with news that DC has fired everyone and that the low-level females left on staff are now in charge.

"I'm not certain DC turned Geoff Johns down on his new book," says Van Sciver's source. "Not in the sense that they made the decision. Right now at DC, I get the impression that DC is now more than ever a place of chaotic indecision. Everyone who still has a job at DC in any department got that job by being the one minor editor/office assistant still left when all of 'her' seniors were fired. I say her in quotes because anecdotally it looks like every department had people fired until they got to a low-ranking female to take over, and those females are scared. These are people who are inexperienced and are not ready to take over anything."

Van Sciver's source added, "At least two of them admitted separately they are not sure who they report to." 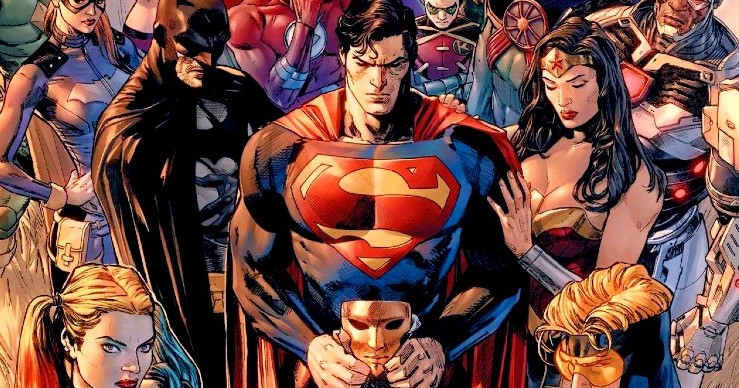 There is no authority at DC Comics

Ethan Van Sciver continues by pointing out that apparently there is no authority at DC Comics, so there is nobody there who can approve anything, for example, nobody at DC is able to approve Geoff Johns' new book or even if something like an Alan Moore project came along.

"A lot of people are getting their projects canceled, no idea why, everything is disappearing down memory holes, there is no structure," says Van Sciver. "There is no continuity of experience. That has been thrown out. Young girls are in roles now where they have admitted they don't know what their responsibilities are and they are not sure whom to ask." 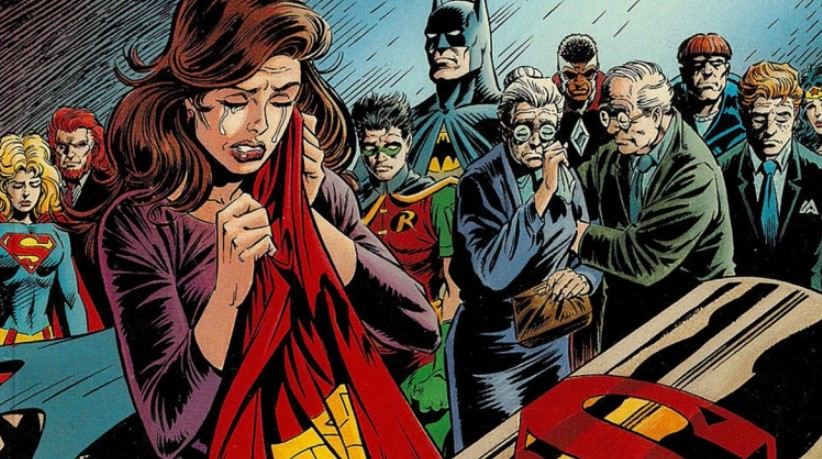 Ethan Van Sciver has actually been stating DC Comics and the state of the comic book business - including Marvel - is near a collapse, and we see he's been right all along.

"So that is the situation at DC Comics right now. As we expected, it is complete and total chaos and everybody has been fired except for the underlings," says Van Sciver. "People who were getting coffee, I guess, are now fully-fledged editors and the reason for that may be because they are taking enormous pay cuts. 'They'll figure it out. Nobody really cares. Just pretend to edit these books that are probably never going to come out anyway until we fire you, too.'"