Darth Vader is once again being rumored and speculated for Star Wars: Episode IX.

Slashfilm tweeted a tease in regards to concept art found in The Art of Star Wars: The Force Awakens book that is said to relate to Star Wars: Episode IX.

If you want some hints about Star Wars Episode 9, you might want to revisit some of the early concept art from Star Wars The Force Awakens. 😉

The Art of Star Wars: The Force Awakens book happens to feature concept art of Hayden Christensen as Darth Vader as a Force Ghost standing behind Mark Hamill’s Luke Skywalker, which wasn’t a part of the movie. Additional images also showed what appeared to be the Anakin Force Ghost becoming the Darth Vader Force Ghost. 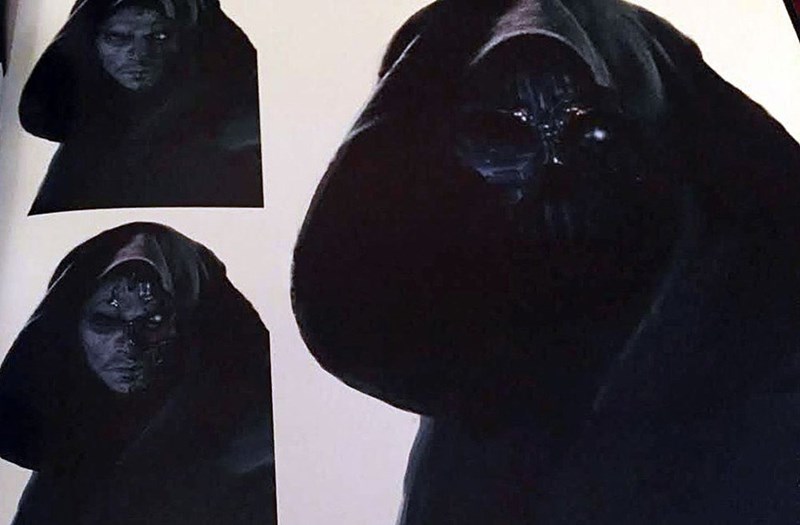 Fans were quick to bring up the Darth Vader Force Ghost concept art in the comments following the tweet, which saw Slashfilm quickly tweet out a correction:

I honestly thought this was an innocent tease that people would just enjoy but the last 24 hours have been filled with people sending me screenshots from the book guessing. I guess I should have expected that. I will say this much, most of the guesses are wrong. This isn’t…

…the big twist of Anakin being alive (the number one image I keep getting sent to me), it’s more of smaller ideas, locations and aesthetics. I hope anyone who picked up and paged through their TFA art of books enjoyed revisiting that beautiful concept art.

The reply is rather odd as obviously fans wouldn’t be thinking Anakin is alive, which was pointed out in the comments and saw Slashfilm replying: 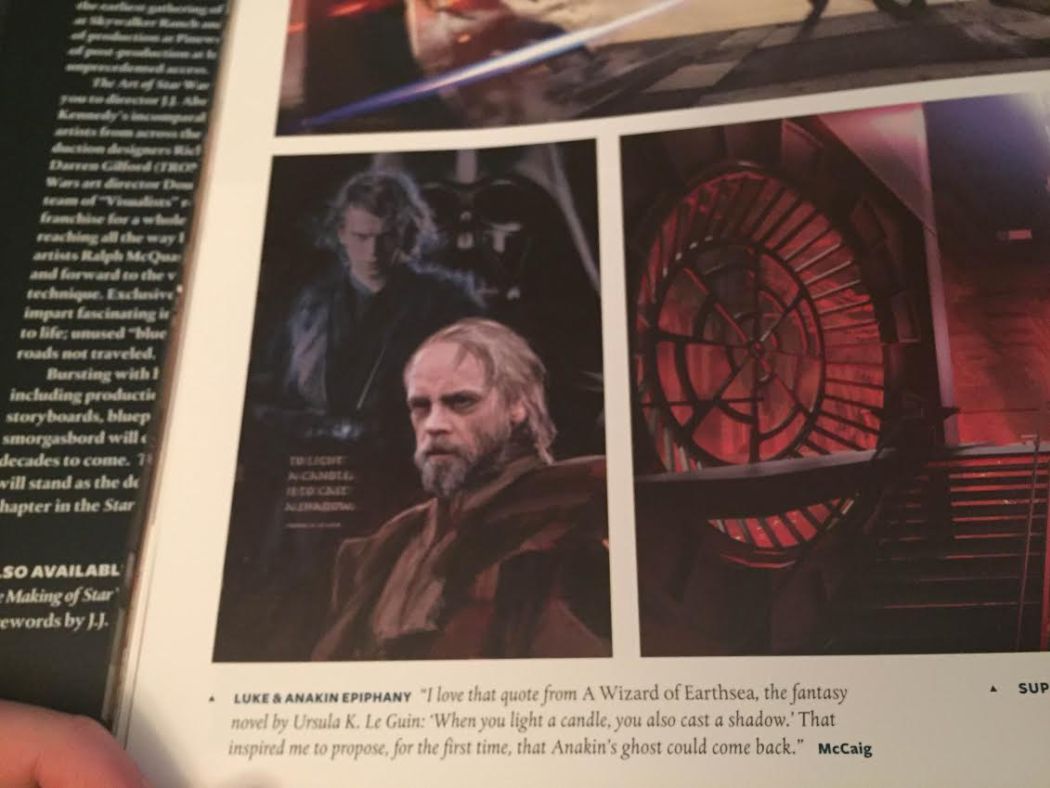 Darth Vader has actually been rumored for the Disney Star Wars movies since the get-go, with a bunch of them surrounding The Last Jedi, which could quite possibly make their way into Episode IX. It could be possible Darth Vader was supposed to return in the J.J. Abrams version of the trilogy, as Abrams reportedly wrote out the storyline for Episodes VII, VIII and IX, prior to Rian Johnson doing what he did.

A batch of Star Wars: The Last Jedi spoilers from 4Chan that were on the money offered that Kylo is more unstable and leaves to trace Vader’s life in hopes that he will meet his spirit.

A rumor from back in 2015 offered Hayden Christensen was returning for the new Trilogy.

A UK tabloid site reported back in 2012 that the plan is for Darth Vader to return and play a significant role in the new films: “Darth Vader will rise from the ashes.”

Vader was also rumored to have a larger role in Rogue One that previously thought.

A wild rumor for The Last Jedi also offered something about Anakin’s father.

The rumor from September about Luke offers Abrams is fixing Star Wars by using flashback scenes in Episode IX with one involving Luke having a lightsaber battle with none other than his father.

The Episode IX title is also rumored to be “Son Of Darkness.”