A new rumor has hit the net offering the potential reveal of the official Star Wars: Episode IX title.

According to a user on Reddit, claiming from a source who is batting .700, the Episode IX title is "Star Wars: Son Of Darkness."

The Reddit user claims the person who provided him the Episode IX title previously gave him a bunch of other info that has panned out (70%), so he is assuming the "Star Wars: Son Of Darkness" title is legit.

It's further rumored that the Episode IX trailer could be dropping prior to the end of the year, so it is possible we may know the official title soon.

Regarding "Star Wars: Son Of Darkness," the line was actually stated by Snoke to Kylo-Ren in The Last Jedi, when Snoke used The Force to turn Rey to Kylo and said, "My worthy apprentice, Son of Darkness, heir apparent to Lord Vader, where there was conflict I now sense resolved, where there was weakness, strength. Complete your training and fulfill your destiny." After another exchange, Kylo then uses The Force on Rey's lightsaber and kills Snoke.

Obviously, the title seems to be in relation to Kylo-Ren, but some fans are also guessing Luke Skywalker, the son of Anakin, aka Darth Vader, however as the Redditor notes in the thread, the story seems to be less about Luke and more about the new characters.

What's also interesting is that Kylo Ren is a Skywalker (sky walker), and the title could be read as "sun of darkness." The sky walker is the sun, but according to the Episode IX title, it's gone dark. Worth another note is that Daisy Ridley's character is called "Rey" -- as in "ray of light."

So as the son goes dark, a rey of light shines.

"Star Wars: Son Of Darkness" sounds like a decent title. 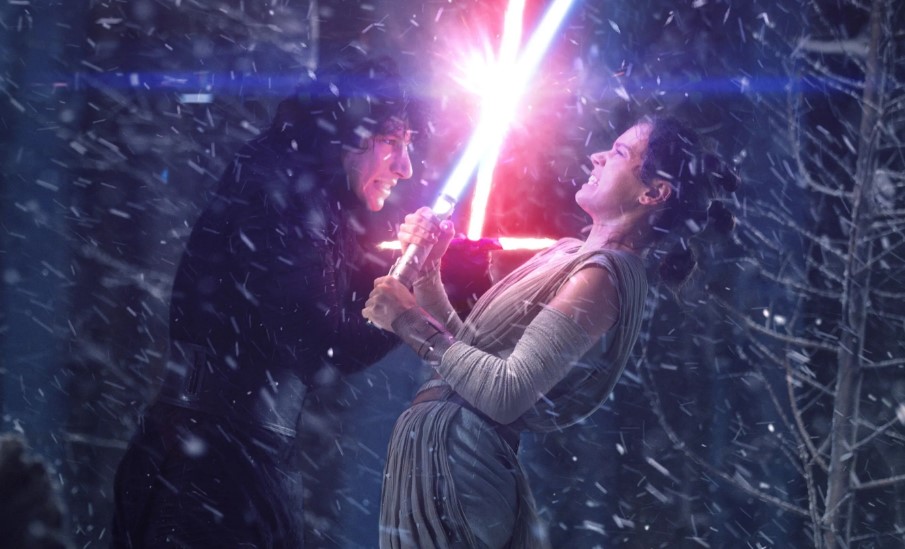