According to insiders, Marvel will finally be all connected as new rumors are offering the Daredevil reboot and Netflix characters will be coming to FX, which is now owned by Disney as a result of the recent Fox deal.

I first revealed plans for the Daredevil reboot within the MCU as insiders filled me in at Comic-Con that it is already happening, with plans also underway for Heroes For Hire.

Just yesterday saw my information seemingly corroborated by a leaker who offered more of the same, adding that Marvel Studios president Kevin Feige and Head of Marvel TV Jeph Loeb are now working together to connect the Marvel movie and TV properties.

TVO, from the Lords of the Long Box YouTube channel, recently took to Twitter to offer a further update on the Daredevil reboot and Marvel Netflix characters with mention it will happen on FX.

“Going forward all platforms will crossover. Nothing separate from ABC, Hulu and Disney+. I have new information that Neflix street heroes will be on FX channel in the U.S. Its all truly connected now,” TVO tweeted.

Going forward all platforms will crossover. Nothing separate from ABC, Hulu and Disney+. I have new information that Neflix street heroes will be on FX channel in the U.S. Its all truly connected now 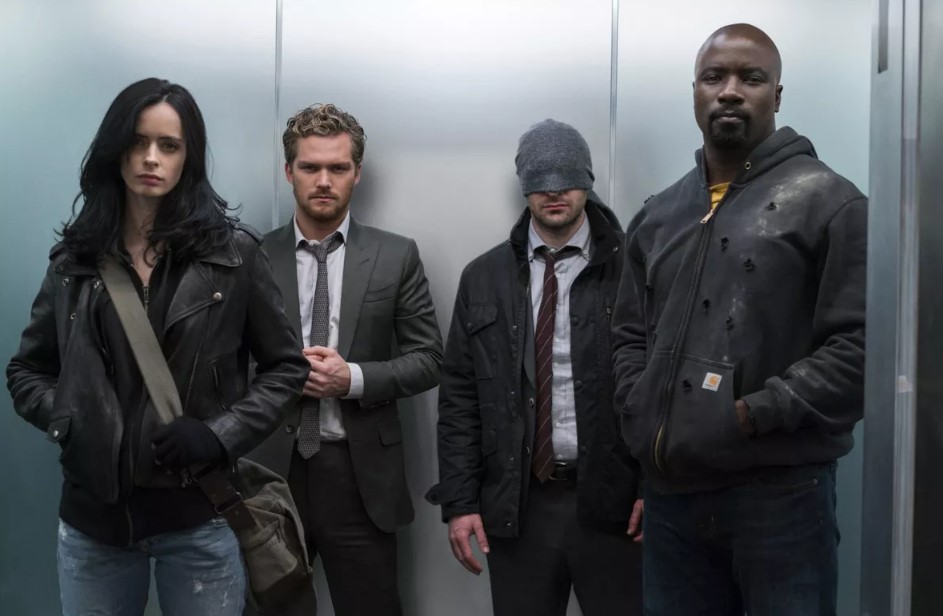 As I stated in my previous article and as TVO hints above, Feige now getting along with Marvel TV makes sense considering Disney is looking to compete with Netflix with their new Disney Plus streaming service, so of course, they would want their Marvel divisions (movies and TV are separate companies) to get along.

As the saying goes, “a house divided…” so we see Disney is making plans for their Marvel movies and TV shows to connect with all their platforms, which will also apparently include their cable TV stations. Disney obviously realizes Marvel is huge – now a lot more popular with fans than Star Wars – so what way to better benefit than having Marvel a part of everything?

Fans will be able to watch the Marvel movies in theaters, various shows on their streaming networks including both Disney Plus and HULU, and on TV, including ABC and apparently FX.

What Disney is doing is getting the most out of the fans as they can, which I don’t have a problem with as long as the content is of good quality.

Regarding whether or not the Daredevil reboot will use the same actors, such as Charlie Cox or Vincent D’Onofrio, is unknown, but Comic-Con insiders told me it seemed like it wouldn’t be happening as they were connected to Netflix (I was told Finn Jones would not be returning as Iron Fist).

Marvel TV just auctioned off the DD and Netflix costumes, so we at least know new costumes will be created for the MCU versions of the characters.