Today, Marvel is auctioning off their Daredevil Netflix costumes and props which are fetching big bucks including the red costume worn by Charlie Cox going for a whopping $65k.

Obviously, with Marvel auctioning off the Daredevil costumes and props, it won’t be returning in its current form.

Here is a screenshot of the auction featuring the DD costume that went for $65K: 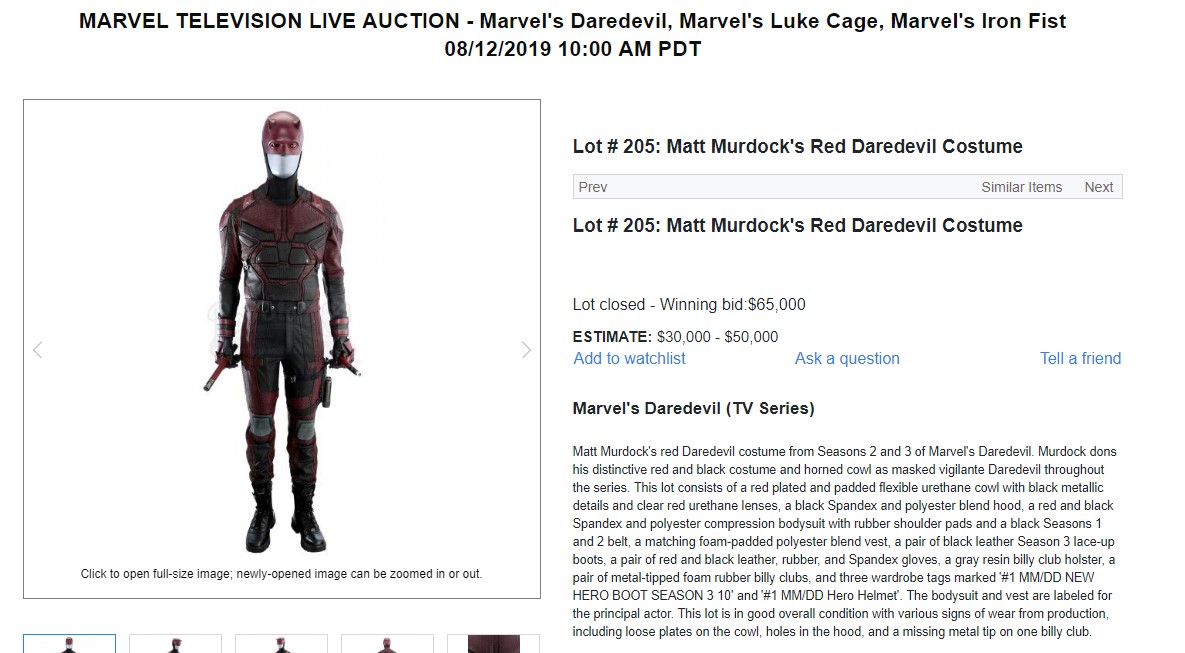 Daredevil costumes and props getting auctioned off by Marvel

I was actually told by sources at Comic-Con that plans are underway for a Daredevil reboot within the MCU, with Heroes For Hire currently in development. Unfortunately, it is doubtful the reboot will feature the Netflix actors, as they are attached to Netflix and Marvel TV.

Regarding when a Daredevil reboot will happen, the best guess is at least a couple of years, as apparently Netflix still retains the rights to the characters for two more years or so.

Check out the items at marvel.propstoreauction.com.

Here are more pics from the Daredevil auction: 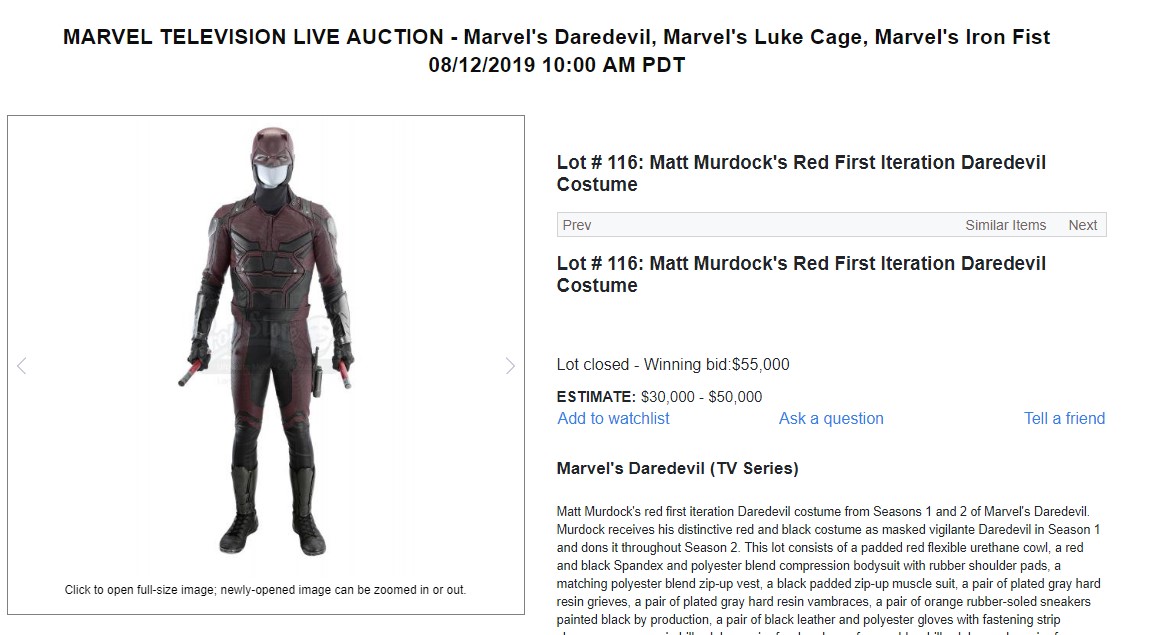 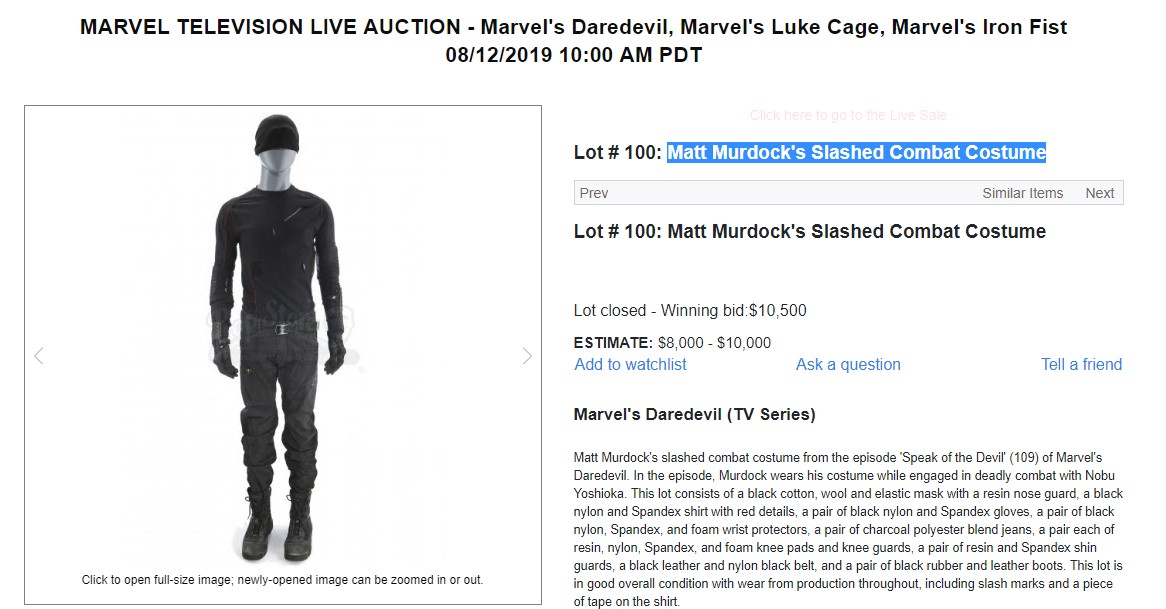