According to Peter Shinkoda, the Asian actor who played Nobu, he had to pay for his own flights while white actors did not while filming Marvel’s Daredevil for Netflix.

Shinkoda tweeted Tuesday again about his experience working with Marvel.

“Run into pals a lot at auditions. 2 white actor pals from @daredevil who did less eps than me were SHOCKED I had to fly myself in…because they didn’t. That was not surprising to me at all…but was still was painful to learn in retrospect,” tweeted Shinkoda.

Run into pals a lot at auditions. 2 white actor pals from @daredevil who did less eps than me were SHOCKED I had to fly myself in…because they didn’t. —- That was not surprising to me at all…but was still was painful to learn in retrospect. —-‍♂️

Update: Shinkoda also said the following about his pay:

Huh? I paid $5500 for fast track work permit. Paid my room & board. Payed for my travel there. Crippled and walking to subway on Sunday morning after wrap trying to find an open subway as Escalades drive by w Elektra, Matt, Punisher, & Stick. Just fought them all on a rooftop! —

Agents tried hard. They were told, “We’re overpaying with this rate! Scale for new media is much less”. I made 10 times more on Falling Skies…per ep. That aired on Sunday nights in summertime in…some countries. Resids were decent.

Still trying to wrap my head around it brother! I want to work with you!!!!! Badly. You got the energy I personally adore watching on screen. Come visit me in Canada….when you can!!!!!

I’m sorry. Hopefully my actions will help the next generation – it’s all that matters. The world is going to shit. I intend to be on the right side of history. —

This isn’t the first time that Peter Shinkoda has claimed there have been problems with Marvel’s Daredevil as previously Shinkoda said Jeph Loeb, the head of Marvel TV at the time and executive producer on Daredevil, demanded Asian storylines get cut from the series.

“Jeph Loeb told the writer’s room not to write for Nobu and Gao, and this was reiterated many times by many of the writers and showrunners, that nobody cares about Chinese people and Asian people,” Shinkoda said at the Save Daredevil convention in July. “‘There were three previous Marvel movies, a trilogy called Blade, where Wesley Snipes kills 200 Asians each movie, nobody gives a sht-t, so don’t write about Nobu and Gao,’ and they were forced to put their storyline down and drop it.”

Shinkoda also tweeted in July he wasn’t even invited to the Daredevil Season 2 premiere.

#WaiChingHo aka #MadameGao and I, aka #Nobu of #Daredevil weren’t at the season 2 premiere…because we weren’t invited. Wai was insulted…and that pissed me off A LOT. We found out about the event as it live-streamed. ‘They’ were sorry we were ‘overlooked’. #HellsKitchen,” said Shinkoda. 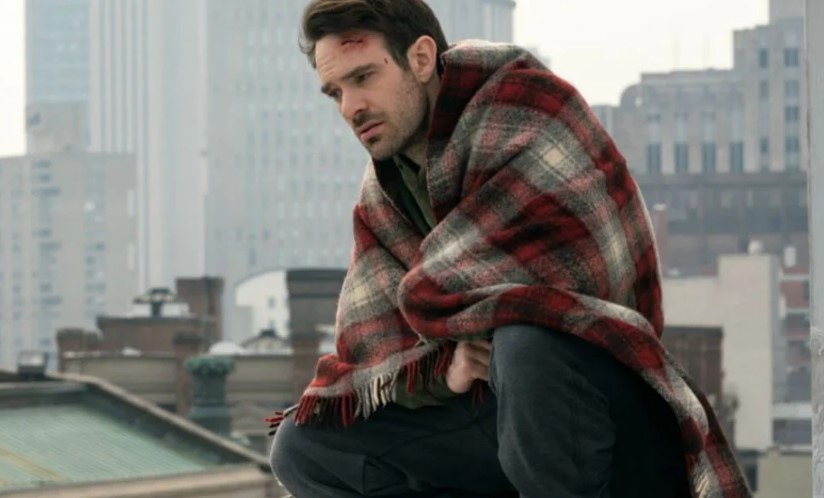 This isn’t actually the first that I’ve heard bad things about Jeph Loeb myself as you will recall last year at the San Diego Comic-Con when I was told by Marvel insiders about plans on the Daredevil reboot within the MCU that Loeb wasn’t liked within the industry and is an “a–hole.”

Loeb has since been fired by Kevin Feige who is developing Marvel’s first Asian superhero movie with Shang-Chi, and Feige is also now in control of the Marvel films, TV, and publishing (Marvel Studios and Marvel TV were previously separate under Disney).

Regarding the Daredevil reboot, recently also saw a Marvel insider offer that Feige will reboot the characters within the MCU, meaning no Charlie Cox, because Feige likes to do things his own way and doesn’t like to go with ideas that are not his own (i.e. Edgar Wright Ant-Man, Ryan Reynolds Deadpool). It’s said Feige thinks his fanbase will be happy with a new Daredevil no matter what.