Christian Bale is confirmed to be playing Gorr the God Butcher, the villain of Thor: Love and Thunder.

Kevin Feige made the announcement on Thursday during Marvel's presentation as part of the Disney Investor Day event.

"In January, we'll begin filming Thor: Love and Thunder with director Taika Waiti and Chris Hemsworth and Natalie Portman and Tessa Thompson returning, and I am pleased to confirm that Academy Award-winning actor Christian Bale is playing the villain, Gorr The God Butcher," said Feige. "Thor: Love and Thunder releases in theaters on May 6, 2022."

While not announced by Feige, it has also been reported Jaimie Alexander will be back as Sif in Thor 4 as well as Loki.

Regarding Gorr the God Butcher, long story short, he is an alien being who lost everything around him and blames the gods for his misfortune. When he comes upon a dying god who fought in battle, Gorr takes the god's sword, the All-Black the Necrosword, and kills the god, and continues to hunt gods across the universe which led to three confrontations with Thor (pictured below).

As mentioned, Thor: Love and Thunder also has the new May 6, 2022 release date as Disney announced new release dates for the Marvel films and more.

Also starring in the flick includes Chris Hemsworth, Natalie Portman as Female Thor, Tessa Thompson as Valkryie, with Waititi providing the voice of Korg, and Chris Pratt is said to be featured from the Guardians of the Galaxy as Peter Quill Star-Lord.

Academy Award-winning actor Christian Bale will join the cast of Thor: Love and Thunder as the villain Gorr the God Butcher. In theaters May 6, 2022. ⚡ pic.twitter.com/fWS4UuP2oM 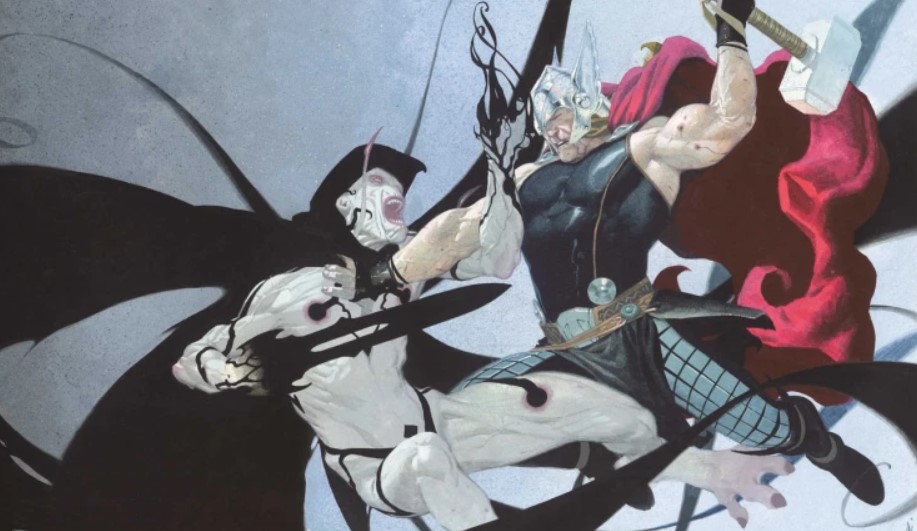