Yep, you read that headline correctly, as it is claimed Chris Evans will be playing Spider-Man in the Marvel Cinematic Universe.

It's rumored that Chris Evans, who is known for portraying Captain America Steve Rogers in the MCU, will play Spider-Man in the upcoming What If? animated series from Marvel coming to Disney Plus.

The rumor, via Giant Freakin' Robot, even offers Chris Evans could play a live-action Spider-Man in the MCU movies, which as noted sounds pretty wild.

Details include that Evans is said to be providing the voice of a Spider-Man from a different universe, as the What If? animted series (and comics) explores what-if scenarios from the Marvel Multiverse. So maybe it would be something like a "What If Steve Rogers became Spider-Man?"

Though the site doesn't mention it, the Chris Evans Spider-Man rumor looks to have originated from the Lego fansite, The Brick Fan, who posted an alleged leaked list of Marvel Collectible Minifigures series that are based on the Marvel Disney Plus shows including WandaVision, The Falcon and the Winter Soldier, Loki, and What If?

The list happens to mention a Spider-Man Steve Rogers figure.

Again, while Chris Evans playing a live-action version of Spider-Man from the Multiverse might be a big stretch, it would be pretty easy for Evans to voice the character in an animated series, and since he is already said to be providing the voice of the Zombie Cap for What If?, he could have voiced the lines for Spider-Man the same day.

Chris Evans is also rumored to return as Captain America, which according to reports would be separate from the recently announced Captain America 4 and the Anthony Mackie Falcon version.

A while back saw Boss Logic whip up the following fan art. 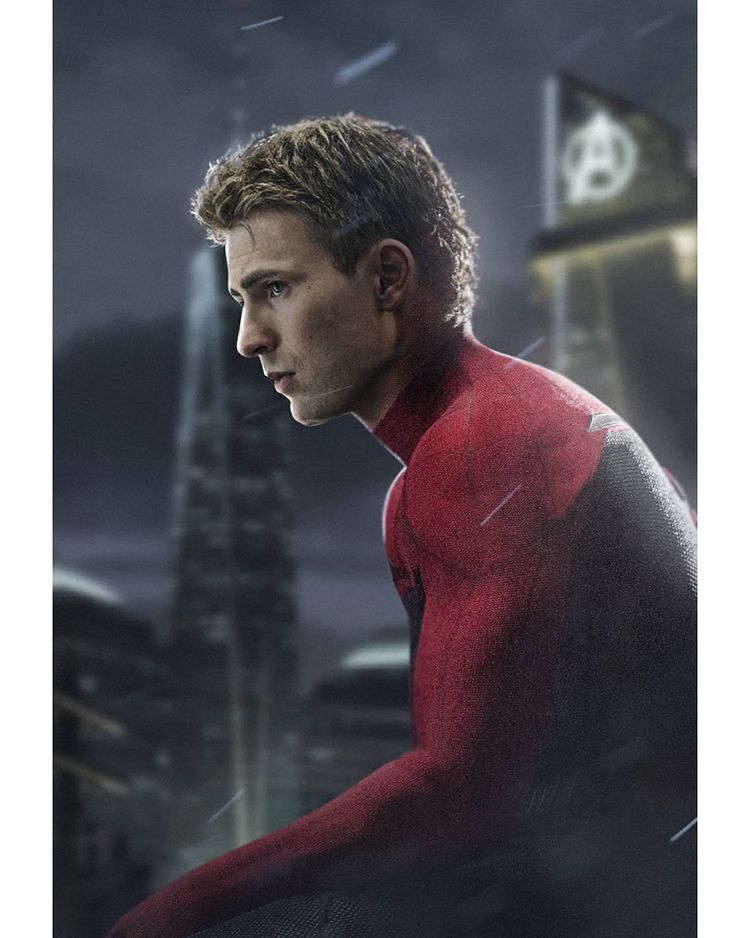