It was thought Marvel Comics couldn't go to new lows, but apparently, they have as check out a page featuring Captain Marvel from the recently released Marvel's Voices: Indigenous Voices comic book.

I first saw the panel on Ethan Van Sciver's Twitter who posted a pic and made mention that following DC Comics closing down, it looks as if Marvel Comics could be next.

The art features the main hero of the book, Echo, getting attacked by a bunch of men where her phone breaks and Captain Marvel shows up and says, "Pretty sure you can keep the phone and lose the men, just so you know."

Regarding the closing down of DC Comics, Ethan Van Sciver pointed out its destruction came at the hands of SJWs, the same sort of people responsible for the Marvel's Voices: Indigenous Voices comic book.

As noted by Twitter users, it was actually thought the art was fan art as it looks so bad and comes across even worse, but it's straight out of Marvel Comics.

AT&T has taken an axe to @DCComics.

If you don't think @Marvel Bloodbath is coming, you might be one of the two first cousins that spawned this creature below. Get ready! pic.twitter.com/FWMkLJs6Ke

"So what this is, is a bunch of woke mostly white SJWs patting Native Americans on the head. 'There, there. Do you like bows and arrows? Do you like headbands? Do you like long flowing hair? We've got it all for you.' So this is an NPR pandering bullsh-t for people who don't read comics, but for people that do read comics, it's really not that happy," says the channel. "So over the last couple of years, I gave like three thousand warnings to the mainstream comic book industry about how they were destroying their own industry and they, well, I can't say they ignored it, because they noted it, targeted those criticisms for destruction and then did the opposite of what I was advising them not to do which was to basically stop them from destroying themselves."

Ya Boi Zack points out how DC Comics is selling less and less comics and that Marvel Comics will as well and offers a review of the book.

"This awful, just awful, just hideously bad," says the reviewer. "And one of the things that was really annoying me is how hateful Marvel is. Marvel, a lot of their pros, have spent years castigating the fans as bigots and discriminators of all kinds and this book is nothing but hatred of others for being parts of groups."

Kevin Feige is now in charge of Marvel Comics publishing, so we see how this fits with his approach to the MCU Phase 4.

Check out the art below. 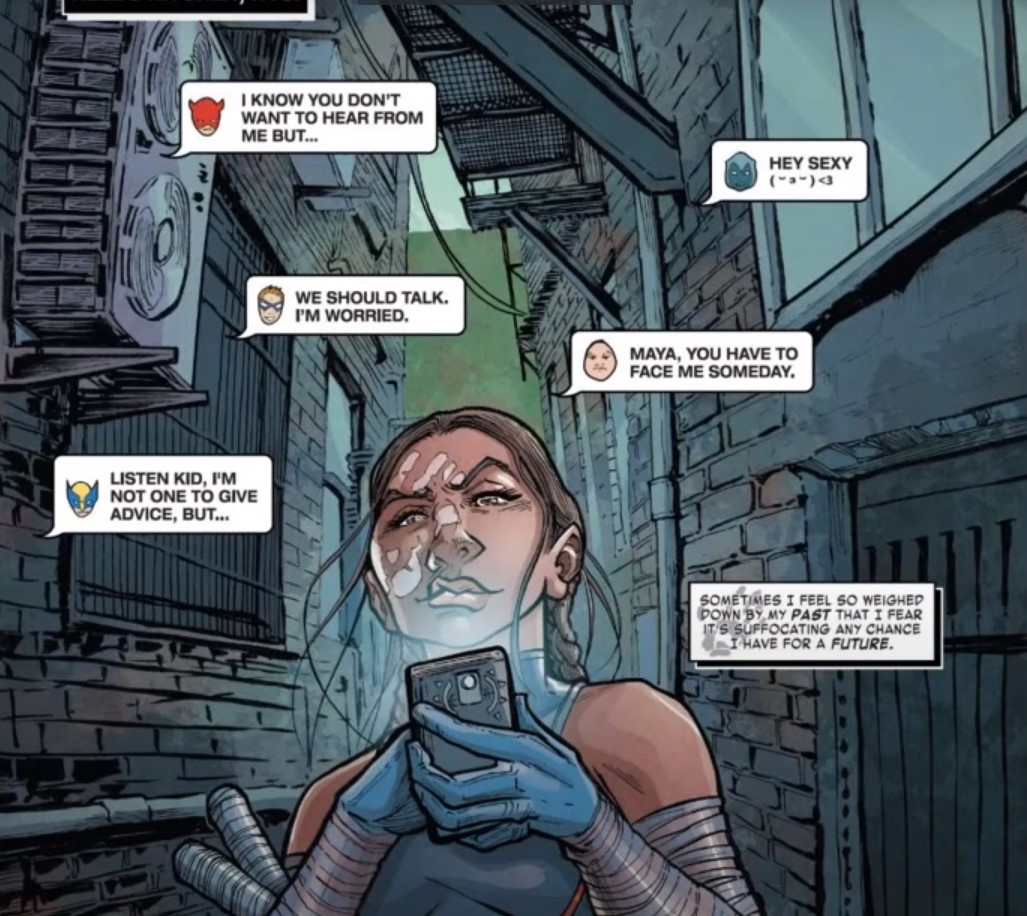