The excuses keep coming as to why Black Widow bombed at the box office, but the obvious is not being blamed, that it just wasn’t a good movie.

The latest, is of course, from Deadline, who has been spinning things for Hollywood why no one is going to the movie theaters (but for some reason, everyone is going to everything else).

Oh, get this, Gelfond also says Black Widow “was a great movie” and believes “a lot of money was left on the table”:

“There’s really no question in my mind that the combination of PVOD and a lot of piracy –people haven’t really talked about it that much– clearly there’s a lot of piracy that accounted for the cannibalization, and it significantly affected the box office at the end of the day.”

“It’s hard to quantify it, but some statistics I find interesting is that F9, which is the more traditional distribution model, will gross about $700M worldwide at the end of its run, and Black Widow will gross half of that,” the Imax boss said. “Black Widow was a great movie, so when I think about it, there was no doubt a lot of money was left on the table.”

Before we get to why Black Widow is a so-so movie (I gave it a 5/10), once again I’ll touch upon Disney Plus not being a factor, as less than 2% of subscribers purchased the movie for the extra $30 on top of the subscription cost, and worth a mention is that Disney didn’t release official numbers for weeks two or three. Why? Obviously, just like I said, everyone who was going to buy Black Widow on Disney Plus did so in the first week’s release. Why wait until week two, three, or beyond?

Fact is, no one is watching the movie (or talking about it).

What about piracy? I think blaming piracy is just an easy excuse, as piracy has been around forever and if people really want to go see something, they will. The only factor where piracy may be a factor is where the flick hasn’t been released, such as China, but Black Widow doesn’t even have a Chinese release date for some reason, so again, piracy isn’t really a factor when adding up the box office ($318 million worldwide), as I don’t think where the movie is getting released, that many people (families?) are now pirating.

Hollywood simply hasn’t been providing movies that are really any good, which is the real reason for movie theaters being empty (hey, IMAX, remember Inhumans?). 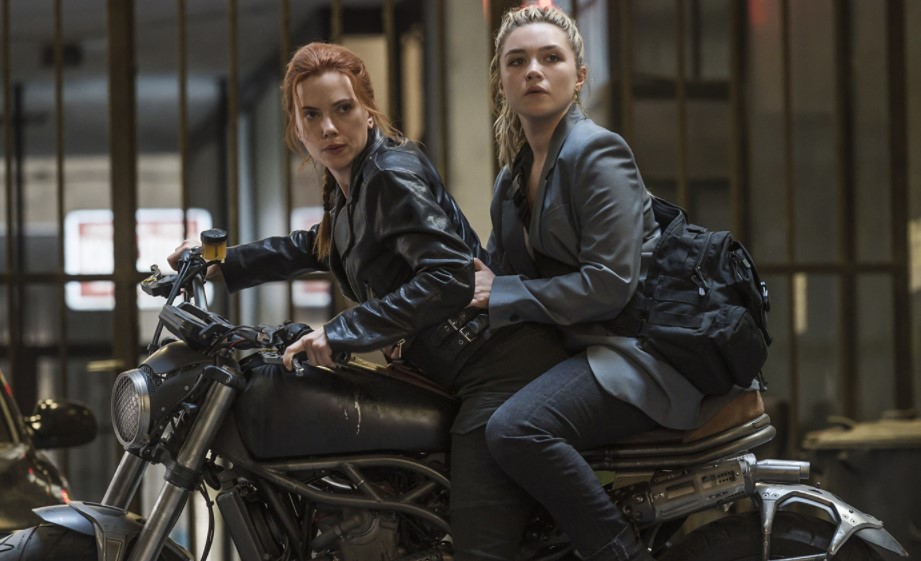 Why Black Widow failed at the box office

Why Black Widow failed at the box office is because it’s just not a good movie, it’s a movie no one asked for, and it’s a movie that gets released too late.

I watched it for the first time yesterday and thought the action was way too over the top and at times goofy (Black Widow has no superpowers, does anybody realize that?) where Fast and Furious met Michael Bay, the flick was at times really, really boring (like I almost nodded off), and if you want to see a spy story done better, watch The Americans.

The director of the movie, Cate Shortland, promoted the flick as being grounded, gritty and real, but it was none of that. I can’t help but think in post-production that Feige and his Marvel crew got ahold of it and “marveled” it up to add the goofy action scenes (soldiers falling to their death wouldn’t continue to shoot at Widow, lol).

It also didn’t help that Johansson promoted the flick as a woke movie, which she did as she said it was a #MeToo diversity flick and she talked about how sexualized Widow was in Iron Man 2. Well, I would think as being a “Widow” assassin, you would use your sexuality as a weapon, especially considering men are probably the target. Hello.

What else was there? How about when Black Widow gets the crapped kicked out of her by like five or six (or more) people and all she has is a bloody nose. I don’t think she had a bruise on her face or body, and how about when she broke her nose and then fixed it? That was hilarious! lol. When did Widow acquire a healing factor? What a joke.

Taskmaster was also a massive disappointment. I called it almost two years ago the character was getting gender-bent to a female, and the responses from fans at the time are hilarious as well (Marvel is all about PC and diversity Now).

I will say I did like Florence Pugh as Yelena Belova who was pretty badass, but that was the point of the entire movie, to replace Natasha with Yelana, so go figure.

When it comes down to it, Black Widow is a big misfire from Kevin Feige and it’s not a good start to Phase 4, which so far, and as I have previously stated, is a Phase “bore.”