Marvel Comics seems to have a renewed interest in Cosmic now that the MCU has moved to a more cosmic focus. I’ve sampled a few of the offerings and, while I’m glad to see a Cosmic resurgence, there seems to be a “throwing everything at the wall and seeing what sticks” quality to what has been produced thus far. Some of the efforts are following the tried and failed method of attempting to “mainstream” Cosmic using traditionally Earthbound characters – and most of those efforts are cringe-worthy. I’m happy to say that Landy chose to follow the better model for Cosmic storytelling – allowing traditionally Cosmic characters to function in the cosmic setting coping with cosmic-level problems and not feeling the need to tie EVERYTHING back to Earth or to shoehorn popular traditionally Earthbound superheroes into the story.  Even more importantly, he took the story and characters seriously and did not feel the need to write the story as a farce just because it was set in space. In a word, I found this mini-series refreshing.

Landy concludes this prequel mini-series to the now in process Guardians of the Galaxy mini-series, treating us to a few not entirely unpredictable but nevertheless entertaining plot twists as our villainous antagonists complete their mission. Villains are all too often written one-dimensionally – distinguished from each other only by their unique powers as they pursue their simple motivation of personal gain.  Landy approached this story about villains differently. I enjoyed his exploration of each villainous Black Order character’s back story and personal motivations – turning them into more complex characters with complex inter-relationships and motivations.

I also enjoyed his treatment of the Rich Rider Nova character – writing him as he should be written – powerful and effective – a force to be reckoned with in the Cosmic setting. All too often writers have missed the mark with the Nova character – but Landy is clearly familiar with Rich Rider’s background and personality; and this adds extra quality to the storytelling sure to please even us hardcore Rider Nova fans. I’d like to see Landy write more Rider Nova stories.

Lee delivers more fantastic cover art.  The interior art for the story is certainly well rendered, though I would have preferred Tan to have continued providing the art for this story. The coloring is vibrant and engaging, an improvement over last issue.

In conclusion, this mini-series is well worth the time and money and I urge true Cosmic fans to invest both in it. I think you will enjoy it and good sales will help persuade Marvel that Landy’s type of Cosmic storytelling is a good model for this era of Marvel Cosmic. 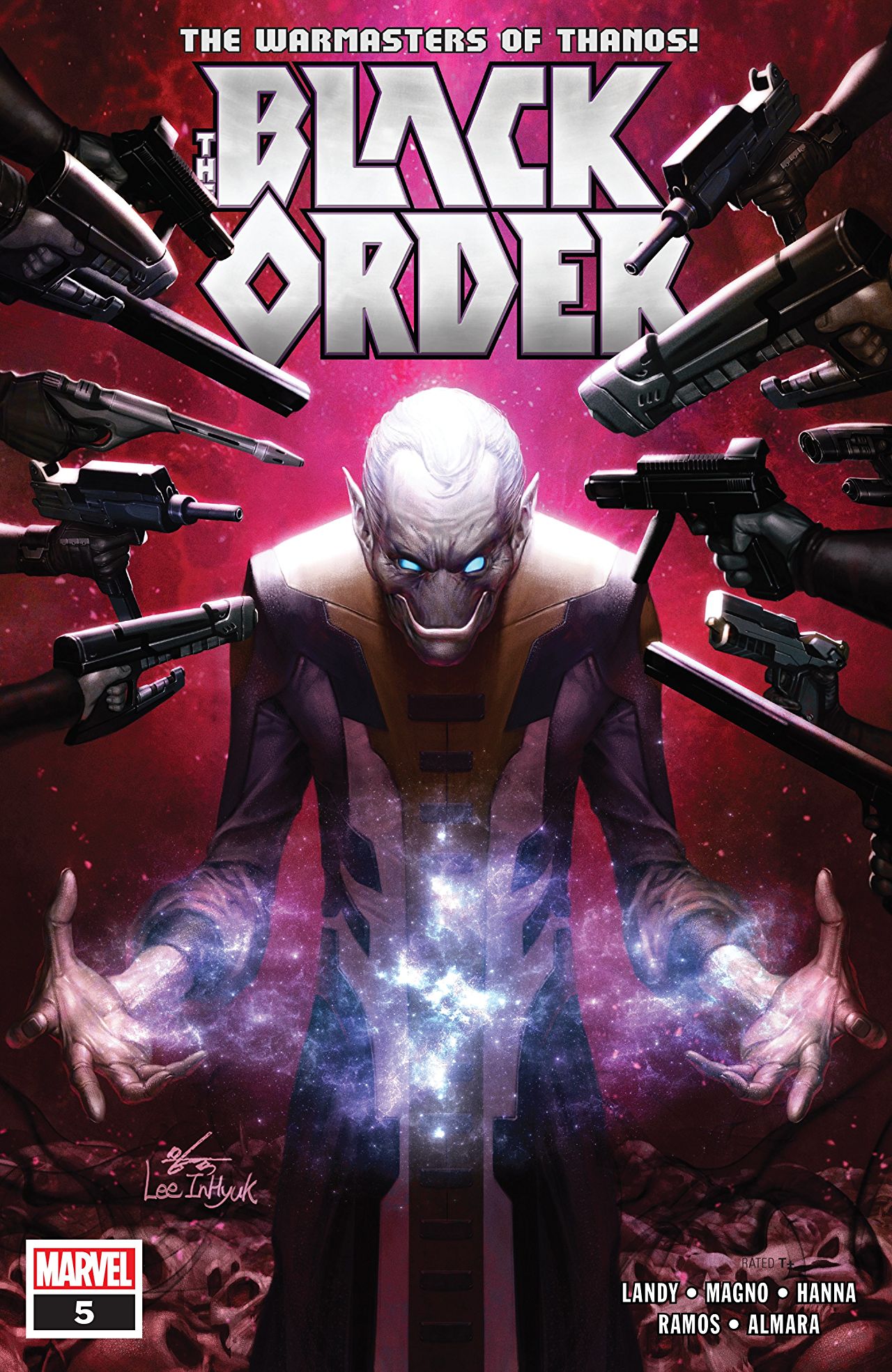 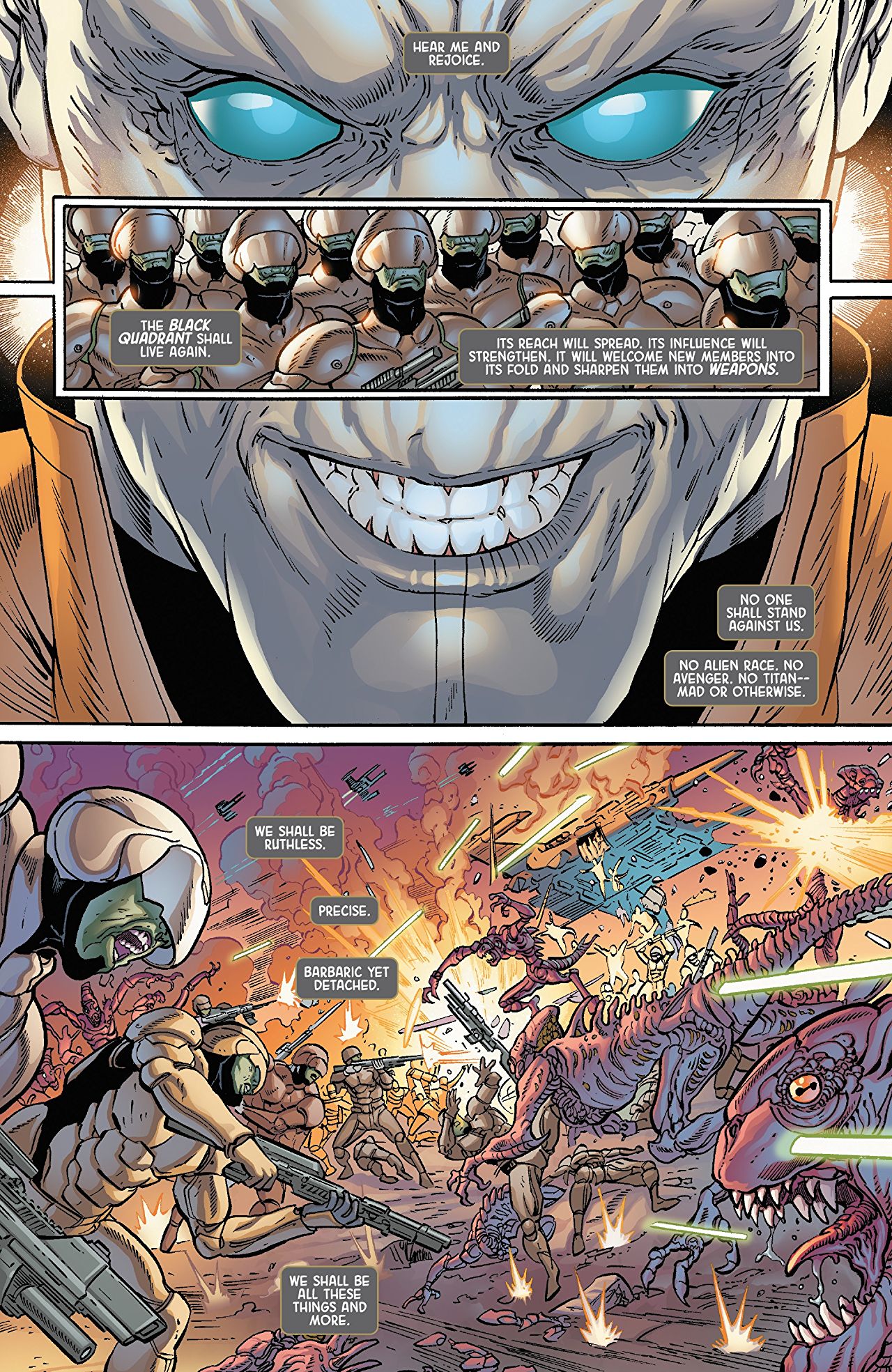 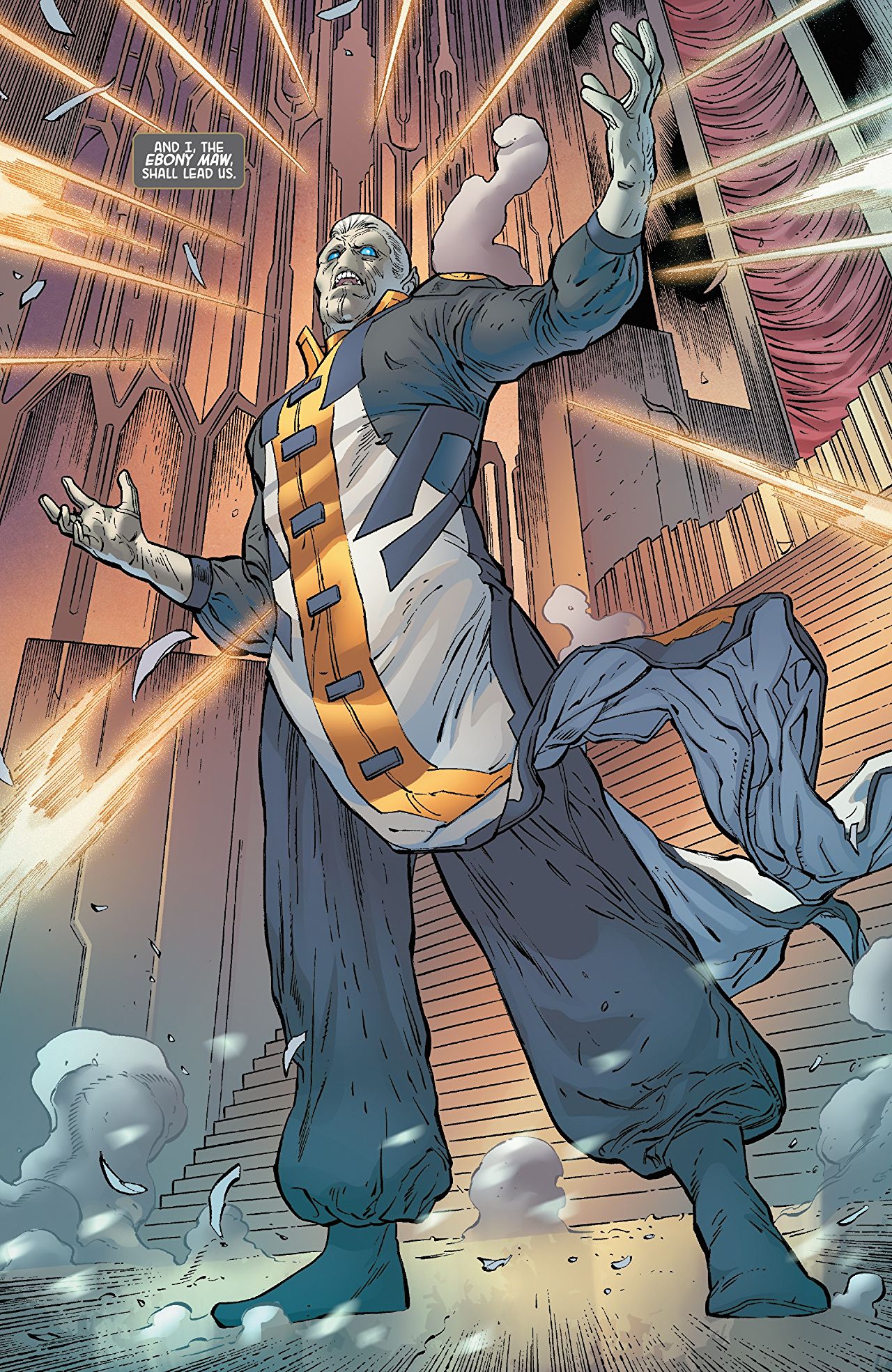 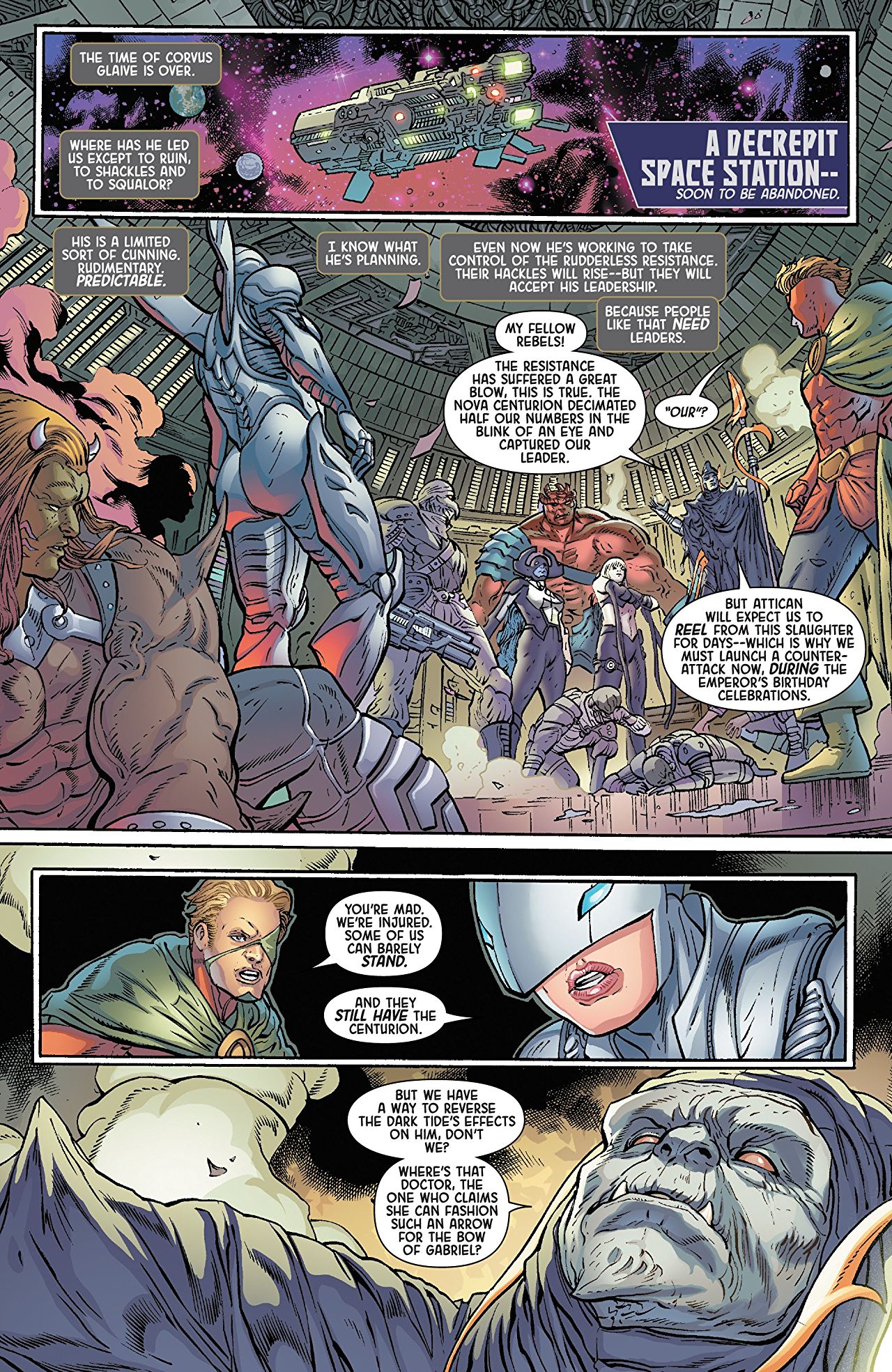