Ben Affleck and Matt Damon team up for charity and joke about the new Batman, Robert Pattinson.

The video sees Affleck and Damon argue about spicing things up where they invite fans the chance to win an opportunity to hang out with them in Los Angeles.

"We would like to invite you and a friend on a very special trip to Los Angeles to hang out with us and have lunch and talk about all kinds of things. Whatever it might be," said the pair.

Damon added which is in reference to Robert Pattinson playing the new Batman: "Roles that we've played that maybe other people have played to... to winning effect."

"He improved on it," said Affleck.

Pack your bags and drop your r’s, because you’ve scored lunch with two best buds from Boston—Matt Damon and Ben Affleck! They grew up together. They won an Oscar together. And now their next big project will be getting to know YOU over lunch. How do you like them apples? You and a friend will be flown out to Hollywood to join Matt and Ben for a meal you’ll never forget. Ask Matt and Ben all your burning questions like “When is Good Will Hunting 2 happening?” and “Who would win in a duel?” And be sure to snap a selfie or twelve. Flights and hotel are on us!

Worth a mention is that the video shows Ben Affleck looking lean and mean which may be for reshoots for the Snyder Cut of the Justice League movie that are supposed to film this month. Ben Affleck will also be back as Batman for the upcoming The Flash movie. 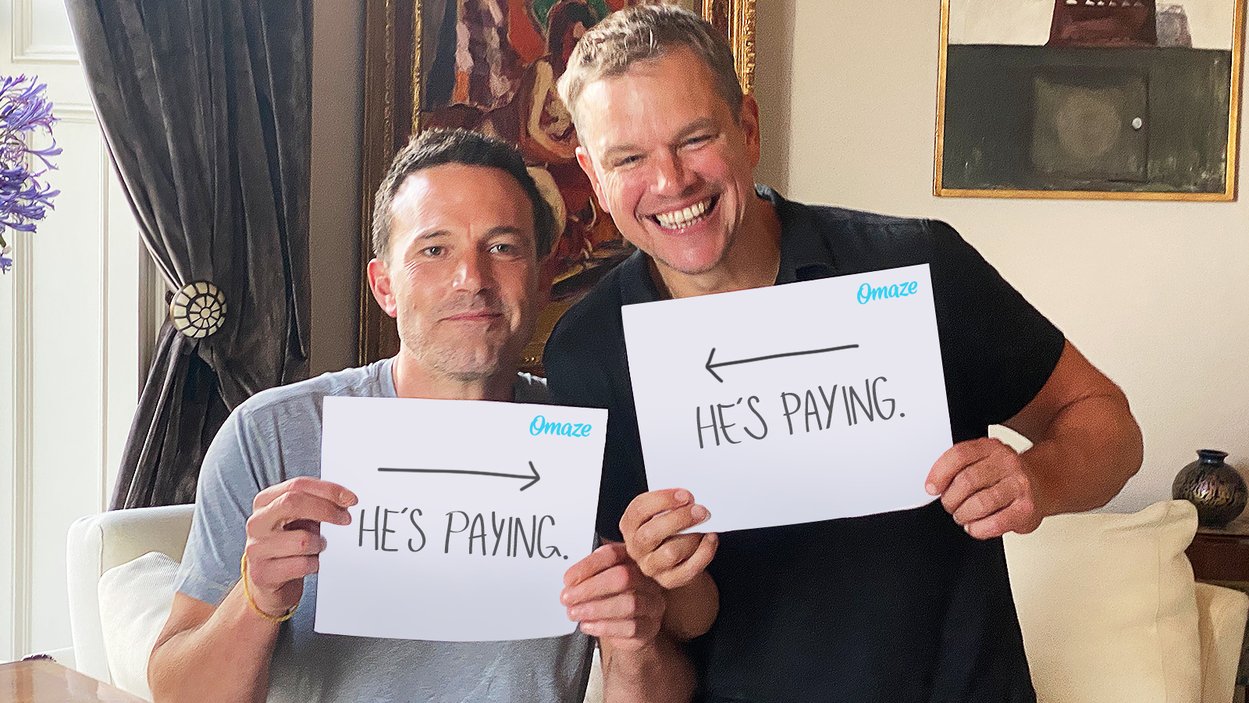