With the new Batwoman also comes a new Batmobile as revealed in a set photo that has made its way onto social media.

Ruby Rose has exited the series with Javicia Leslie taking over the cape and cowl in the form of new character Ryan Wilder who has been described as “reformed and sober” and “lives in van with her plant.”

Well, judging by the new Batmobile, it seems the new Batwoman isn’t living in a van at the time this scene is shot as the new Batmobile is a C7 Corvette that has been ever so slightly modified, as noted by disappointed fans (not sure what they were expecting as this is The CW after all).

That is a horribly customized C7 Corvette. Slightly modded one looks better then this. Let’s hope they do a lot of touch up in post. pic.twitter.com/gM5madNIQj 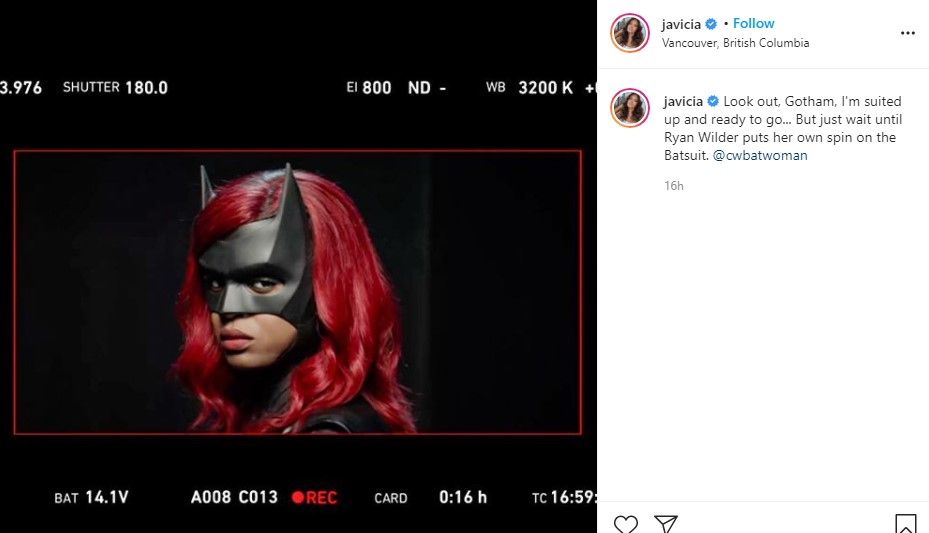 Batwoman gets new suit for Season 2

Javicia Leslie also recently revealed a first look at herself as Batwoman (pictured above), but it should be noted for Season 2 she will be dropping the Ruby Rose version of the costume and will get one that reflects her diversity.

“How can we be sure that Ryan isn’t hiding what makes her awesome, with this suit?” said EP Caroline Dries at the recent DC FanDome event. “So it’s going to be a bit of an evolution. We’ll see the suit evolve early on in the season. Ryan is like, ‘For me to feel empowered in this thing, it needs to feel like it’s representing something I’m fighting for.'”

The new Batwoman suit will also feature Javicia Leslie’s natural, textured hair as opposed to a wig, and the new suit will also change over time as her character, Ryan Wilder, becomes more comfortable within herself and her identity as a superhero.

Batwoman Season 2 premiers on The CW in early 2021.