Arnold Schwarzenegger is in talks to co-star in The Toxic Avenger reboot from Steve Pink and Lloyd Kaufman.

Apparently, Arnold Schwarzenegger will not play the lead role of the actual Toxic Avenger but would play the “Exterminator,” a former black ops agent who trains Toxie to use his powers for good.

Steve Pink is known for The Hot Tub Time Machine movies, with Constantine and I Am Legend‘s Akiva Goldsman on as producer.

The creator of The Toxic Avenger, Lloyd Kaufman, is also on board as an executive producer.

The part could be a rather fun role for Arnold, and there is even a press release about it, which you can read below.

The first flick was released in 1984 and spawned sequels, a cartoon, a Marvel comic book and a musical. 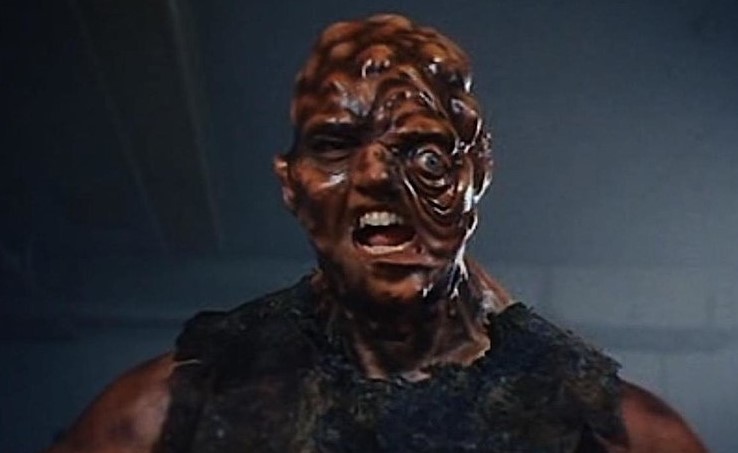 Set to be introduced to buyers at Cannes 2013, THE TOXIC AVENGER is currently in pre-production and scheduled to start principal photography this fall.

Loosely based on Lloyd Kaufman’s classic Troma franchise, THE TOXIC AVENGER is the tale of a high-school kid who gets dunked in a vat of toxic waste by a corrupt chemical company. He survives the ordeal with one major side effect: upon contact with toxic chemicals, he transforms into a monster with superhuman strength. Schwarzenegger would play “the Exterminator,” a former black ops agent, who trains Toxie to use his powers for good. Together they take on the lurking menace created by the polluters, and the polluters themselves.

“Moviegoers around the world were thrilled when Arnold Schwarzenegger returned to acting so effortlessly filling the gap that he left behind,” said producer and IFT co-founder Michael Benaroya. “He is the ultimate action hero with a natural comedic versatility and will be pitch perfect in The Toxic Avenger.”

“Our film is a perfect combination of commercial genre, star power and award winning filmmakers to set it apart from other titles on offer at Cannes this year. The Toxic Avenger is a blockbuster in waiting with franchise potential. The buyers will love it,” said IFT President Ariel Veneziano.

Arnold Schwarzenegger’s role in James Cameron’s THE TERMINATOR series solidified his place as one of the leading action hero actors with roles in blockbuster hits including PREDATOR, TOTAL RECALL, TERMINATOR 2: JUDGEMENT DAY and TRUE LIES. Proving to be a multi-talented performer, Schwarzenegger crossed over into comedic roles with box office hits TWINS opposite Danny DeVito and Ivan Reitman’s KINDERGARTEN COP. After taking an extended break to become the Governor of California, Schwarzenegger returned to acting in 2012 with THE EXPENDABLES 2, which grossed over $300 million worldwide. He will next be seen in Summit Entertainment’s ESCAPE PLAN and Open Road Films’ TEN. He is represented by CAA and Patrick Knapp at Bloom Hergott Diemer Rosenthal LaViolette Felmdman Schenkman & Goodman.