With Eternals likely a huge bomb at the box office, now things are getting ugly as some of the actors involved with the movie are attacking the fans, which includes Angelina Jolie and Kumail Nanjiani.

Eternals is another woke movie to come out of Hollywood that changes the characters to promote a woke politically correct agenda, which of course comes at the expense of the story, as the story is forced to inorganically promote that agenda, so it's no wonder these types of woke flicks fail time and time again.

So as the fans don't like the woke material, which is simply proven by box office numbers and ratings, now both Angelina Jolie and Kumail Nanjiani have come out against those fans that don't support political correctness.

Kumail Nanjiani, who plays Kingo, tweeted, "‘Looks like we’re upsetting the right people," in response to an article claiming Eternals is being review bombed at IMDb by fans who aren't happy with the LGBT+ representation in the film.

Regarding Angelina Jolie, who plays Thena, following the Middle East banning and editing the flick, she called fans ignorant for not liking the woke content.

"I still don’t understand how we live in a world today where there’s still [people who] would not see the family Phastos has and the beauty of that relationship and that love,” she said. “How anybody is angry about it, threatened by it, doesn’t approve or appreciate it is ignorant.” 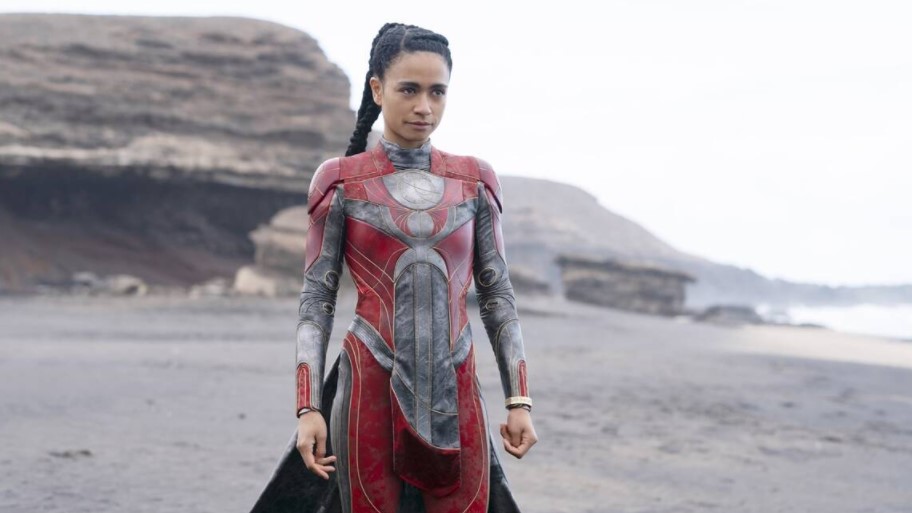 Why not create original characters instead of replacing them?

I suppose I am included in the list of being "ignorant" as I am not at all happy that Lauren Ridloff was cast as Makkari, as I grew up reading Makkari in issues of Quasar where the character is a red-headed male who doesn't have any handicaps, but in the film, they replaced Makkari with a deaf POC female, wherein the comics, the Eternals - because they are eternal - don't change or get handicaps.

So I'm in the wrong for wanting to see the original version of the character in the movie that I grew up with instead of a woke character that was only created in the movie to promote the woke agenda?

I suggest Kevin Feige, Angelina Jolie, and Kumail Nanjiani read what the creator of Netflix's Cobra Kai series has to say about adapting IPs where he mentions to create new characters, to not forget about original characters, to "respect, encourage and engage your fandom," and not to argue with the fans (via THR).