Zachary Levi recently attended the Dragon Con where he told attendees he hopes that one day his character Shazam could appear in Justice League 2.

While the Joss Whedon Justice League movie didn’t do too well at the box office or critically with reviewers, our esteemed editor, Matt McGloin, was told at Comic-Con that Warner Bros. does want to do a Justice League 2, just that they are still figuring things out.

Regarding what Zachary Levi had to say about Shazam and Justice League 2 at Dragon Con:

I hope so. I mean, I hope there’s a Justice League 2, and I hope that Shazam is in the Justice League 2. I think that would be so much fun. The fact that I get to play a 14-year-old with superpowers is just like the coolest f—ing job ever, and if I got to be a 14-year-old with superpowers who got to hang out with Wonder Woman and Batman, are you crazy? That’s the stupidest — it’s amazing! I would be having all the fun. It’s so fun, it’s so fun, but that’s the funnest part of it is I get to be the fun one.

Everybody else is actually sexy and cool and adults, and I’m like, ‘What’s going on? Are we going to save the world?’ I think Billy Batson and Peter Parker are the two closest… there’s an optimism as a youth there, a stokedness if that’s a word, to be a hero. And it’s not that it’s not dangerous or hard or whatever, but you’re like genuinely stoked to be doing it and I would, me and the Flash would be having a ball, d-cking around, slapping each other and running around. 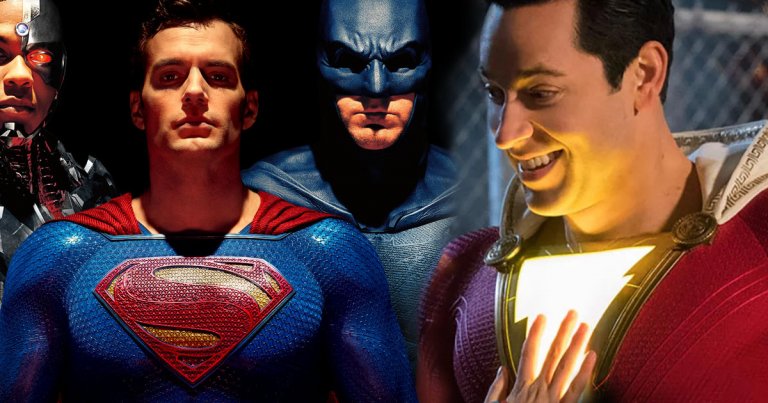 In related news, director David F. Sandberg revealed on social media they will most likely be tweaking the costume for the Shazam! sequel, as they didn’t have time to fix everything they want they wanted on the first film:

There’s some improvements that can be made, some things that we were aiming for but didn’t quite get right before it was time to shoot. So yeah, a little bit.

Shazam! was released last April and brought in over $360 million worldwide. The sequel has yet to be announced.