With there talk of being a possible Wolverine vs Hulk movie, I asked fans on my Facebook page and FB Group who would win if the fight took place within the MCU.

With over 2400 votes cast, Wolverine and his adamantium claws managed to beat out the MCU version of the Hulk with 54% of the vote to Hulk’s 46%.

I’m a big Hulk fan, but following the hugely disappointing way the Hulk was used in The Avengers: Endgame, I have to go with Wolverine as well.

While the goofy Endgame Professor Hulk may not be able to take on Wolverine, the rumor for the movie actually has it that the version from the comics that will be used is the Immortal Hulk. If that is the case, Wolverine doesn’t stand a chance! You can read about the movie rumors here and here which mentions Alpha Flight and Weapon X. 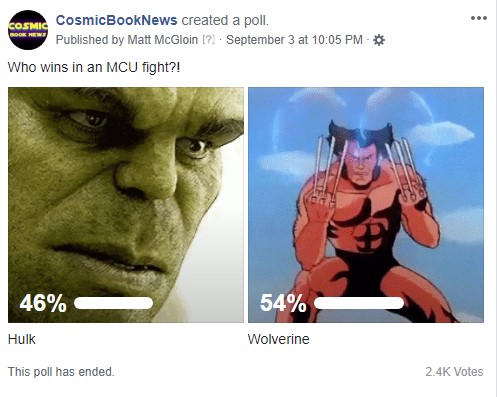 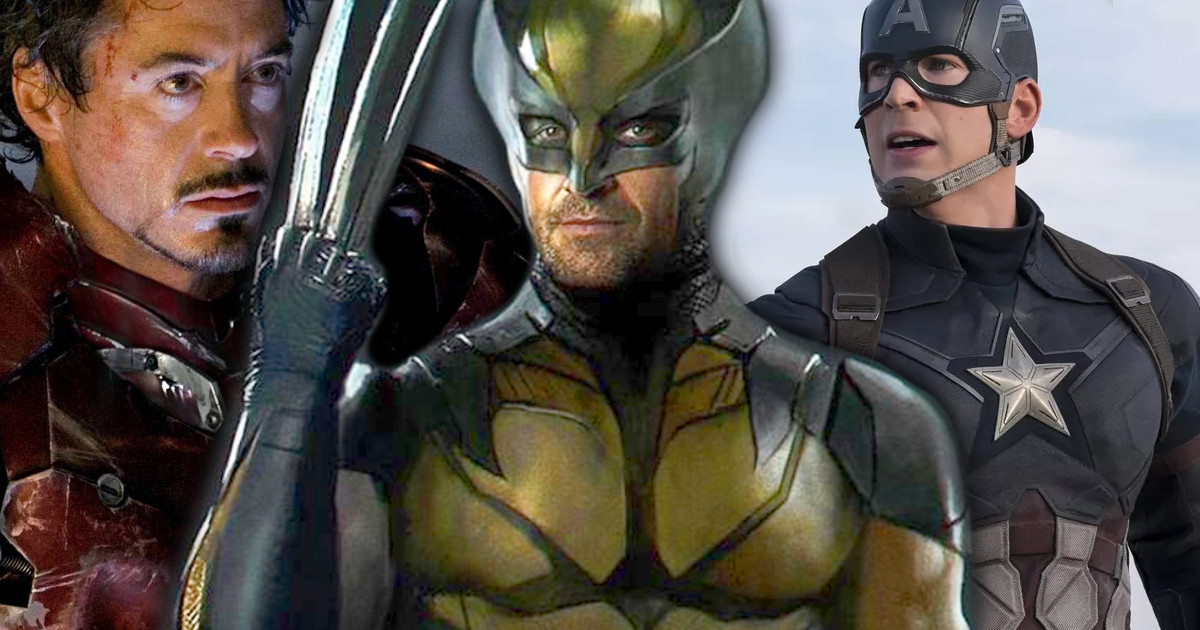 Either way, I hope Wolverine unleashes the Beast in the hulk, because whatever the MCU did to him was a p-ss poor job. – Spencer Davis

The way the MCU’s Hulk is I’d say Wolverine but then again he hasn’t been introduced in the MCU yet so who knows Disney may make his claws plastic knowing them. – Jonell Reynolds

That fight will last for eternity. But if I had to put my money on it I’d have to side with Wolverine. – Brandon Benivegna

This has been done. It’s super close every time. But wolverine. – Jimmy JohnBuckhorn

Wolverines healing factor enables him to regenerate from literally being ripped in half (hulk did just that btw) the only way hulk ever beat wolverine was a “what if” that marvel did to cover that. – John Marcum

Wolverine provided he’s in the prime of his life, and not an old man in bad shape like in the Logan movie. He’ll just keep regenerating. – Taylor T. Carlson 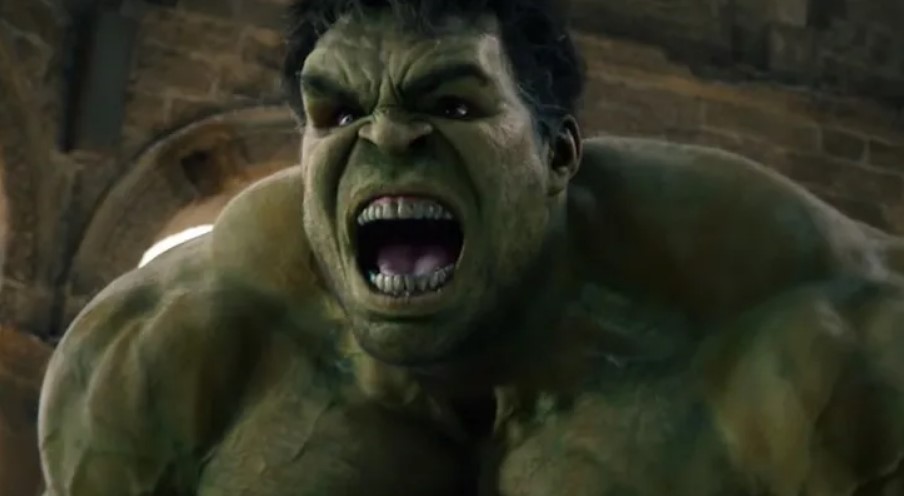 Everybody picking the Wolverine and I’m wondering if they’ve ever read a comic book. – Mike Keith

If its comic hulk he punched wolverine so hard in his spine that it dislodged a vertebrae from his spine then it severed the spinal cord and killed him and his healing factor. – Skyler Gibbs McCawley

They have fought at least 3 times with no clear winner. I think if hulk is provoked enough he would just crush wolverine and end it. – Josh Freidus

Hulk wins easily in the comics and in the movies .Literally tore Wolverine in half in one comic book and in the World War Hulk comics,World Breaker Hulk easily defeated Wolverine, Juggernaut, all of the X-Men, the Fantastic 4, all the Avengers, Blackbolt and a demon possessed Dr Strange of the Illuminati. And the last time they fought Hulk won. – Hoichi Man

Hulk ripped him in Half in the comics. As long as Hulk doesn’t eat him Hulk wins. – Charles Neruda

You can vote in our latest poll on Facebook which pits Henry Cavill’s Superman versus Chris Hemsworth’s Thor! 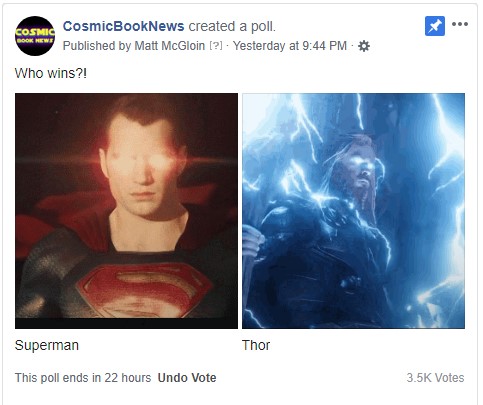