The panels will include pilot screenings and exclusive Q&A’s.

Regarding Watchmen, fans will have a chance to see the entire premiere episode over two weeks before it debuts on HBO. The screening will be followed by a panel featuring some of the show’s stars and producers.

A screening of the debut episode of Harley Quinn, the upcoming DC Universe animated series featuring Big Bang Theory’s Kaley Cuoco voicing the titular troublemaker, will also be held. This is an utterly wild new series for mature audiences that channels the humor and attitude of Harley’s anarchic comic series.

The Batwoman pilot will also be shown at NYCC before its network premiere on The CW. The series stars Ruby Rose as Kate Kane, who finds herself following in her cousin Bruce Wayne’s footsteps as she becomes the protector of Gotham City. Batwoman will also be followed by a Q&A.

New footage from the upcoming seasons of Titans, Black Lightning and many more of your favorite WB shows, including the world premiere of Castle Rock Season Two, will also be screened at the New York Comic-Con.

Check out the full schedule below. 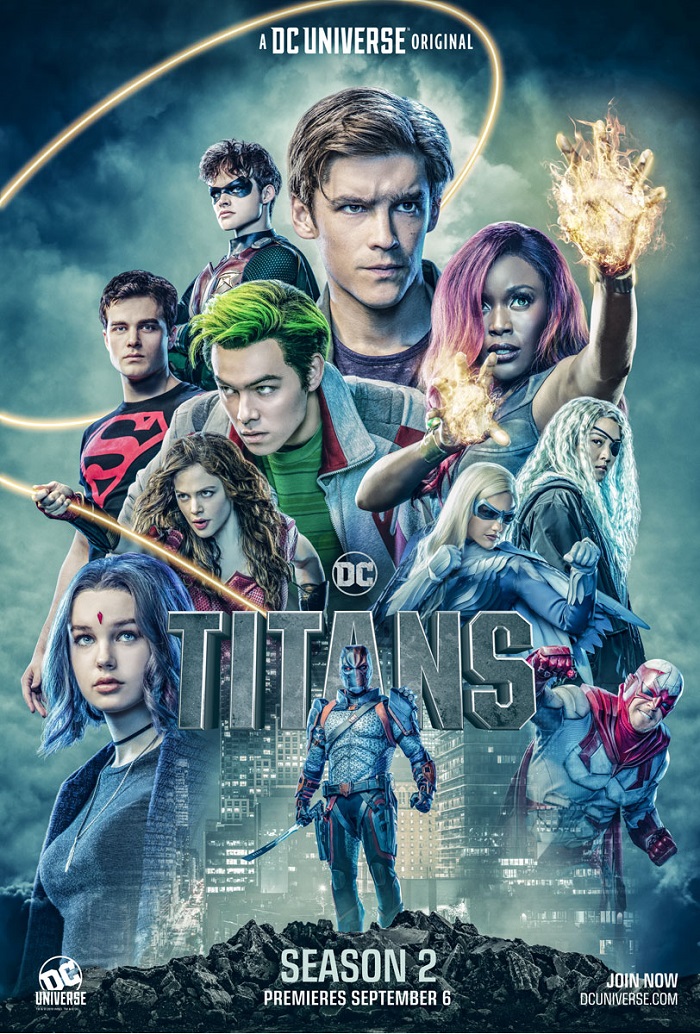 3:45–5:45 p.m. Watchmen Exclusive Pilot Screening and Q&A –– Set in an alternate history where masked vigilantes are treated as outlaws, HBO’s upcoming series Watchmen embraces the nostalgia of the original groundbreaking graphic novel of the same name while breaking new ground of its own. From the co-creator of The Leftovers, Damon Lindelof’s new series is set in contemporary 2019, where roughly 30 years have passed since the original Watchmen story. Please join producers and series stars for an exclusive sneak peek of the first episode of the HBO series, followed by a panel discussion. Watchmen premieres October 20 and airs Sundays at 9/8c on HBO. Main Stage 1D – Javits Center 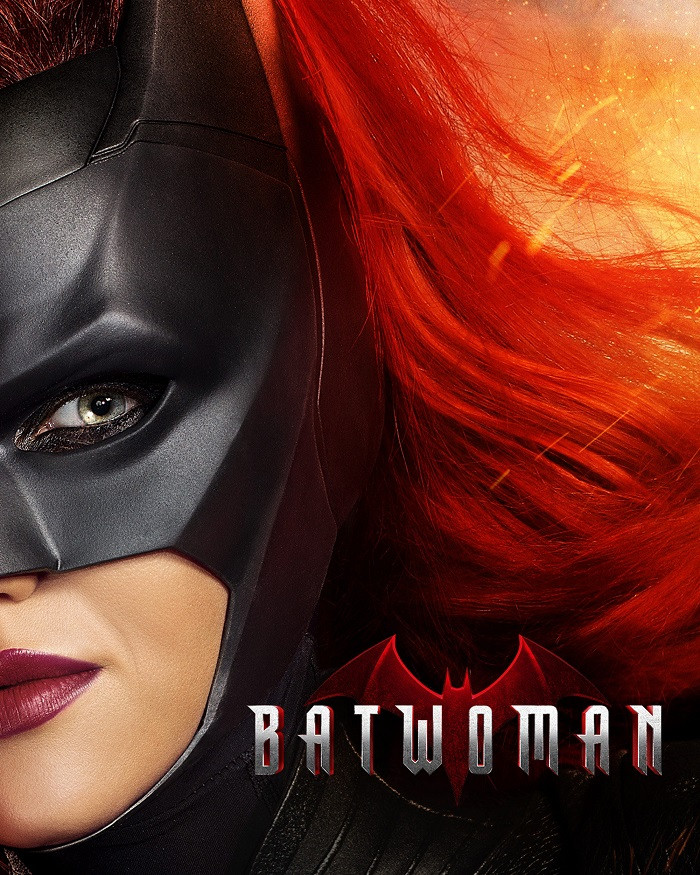 10:30–11:30 a.m. Riverdale Special Video Presentation and Q&A –– Now that the Gargoyle King has been revealed, The Black Hood is dead and Hiram is in jail, can Archie and the gang have a normal senior year? Riverdale returns for its second appearance at New York Comic Con to discuss the new mysteries of season four, including the shocking finale flash forward and what it means for Jughead and the others. Based on the characters from Archie Comics and produced by Berlanti Productions (The Flash, Supergirl, Blindspot, Arrow, DC’s Legends of Tomorrow) in association with Warner Bros. Television and CBS Television Studios, this one-hour drama is a bold, subversive take on the surreality of small-town life. Join us for a special video presentation followed by a Q&A with series stars Mädchen Amick, Marisol Nichols, Mark Consuelos and Skeet Ulrich, plus executive producer Roberto Aguirre-Sacasa. Riverdale returns for season four October 9, airing Wednesdays at 8/7c on The CW. Riverdale: The Complete Third Season is now available on Blu-ray™ and DVD. The Hulu Theater at Madison Square Garden

11:35 a.m.–12:05 p.m. Manifest Special Video Presentation and Q&A –– Last season’s breakout hit drama returns with more heart-pounding mystery and answers to some of season one’s biggest questions! When Montego Air Flight 828 landed safely in New York after a turbulent but routine flight, the crew and passengers were relieved. Yet in the span of those few hours, the world had aged five years and their friends, families and colleagues, after mourning their loss, had given up hope and moved on. Now, faced with the impossible, they’re all given a second chance. But as their new realities become clear, a deeper mystery unfolds and some of the returned passengers soon realize they may be meant for something greater than they ever thought possible. Join the series cast and executive producer/creator Jeff Rake as they delve even further into the mystery of Flight 828, and offer a special sneak peek at some exclusive new footage! Manifest’s second season will air midseason on NBC, and is produced by Compari Entertainment in association with Warner Bros. Television and Universal Television. The Hulu Theater at Madison Square Garden

12:10–1:00 p.m. Roswell, New Mexico Special Video Presentation and Q&A –– Following the shocking season one finale where Max used his powers to resurrect Rosa while not realizing that he was sacrificing his own life in the process, join the Roswell, New Mexico team as they return for a second appearance at New York Comic Con! In season two, Liz mourns her lost love by seeking comfort in science, both earthly and extraterrestrial, as Rosa turns to Kyle to help her find her place in the unfamiliar territory of 2019. In their grief, Isobel explores potentially dangerous methods of self-defense, and Michael spirals into some old bad habits, putting his relationships with Maria and Alex at risk. Join us for a special video presentation followed by a Q&A with series stars Jeanine Mason, Nathan Dean Parsons, Michael Vlamis, Lily Cowles and Tyler Blackburn, along with executive producers Carina Adly MacKenzie, Chris Hollier and Julie Plec. Roswell, New Mexico will return midseason on The CW. The Hulu Theater at Madison Square Garden 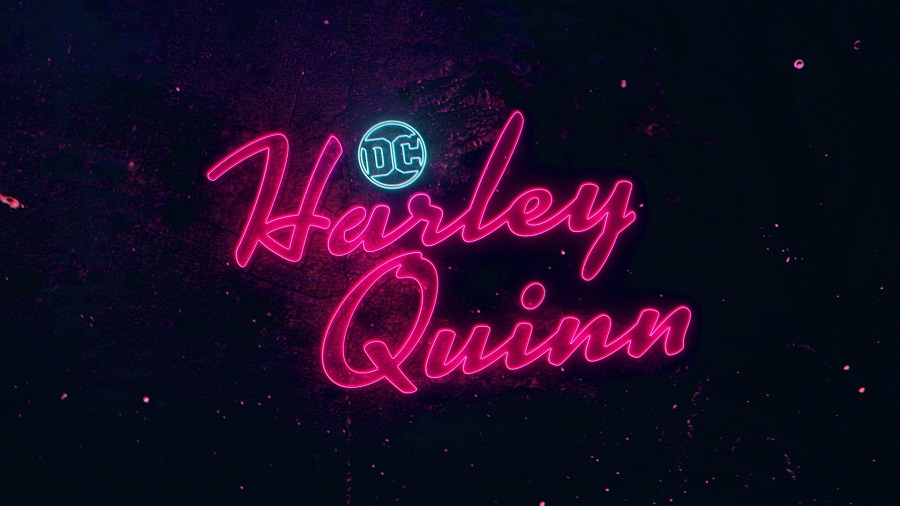 1:35–2:45 p.m. Batwoman Pilot Screening and Q&A –– Armed with a passion for social justice and a flair for speaking her mind, Kate Kane soars onto the streets of Gotham as Batwoman, an out lesbian and highly trained street fighter primed to snuff out the failing city’s criminal resurgence. But don’t call her a hero yet. In a city desperate for a savior, Kate must overcome her own demons before embracing the call to be Gotham’s symbol of hope. Join cast and producers for a screening of the pilot, followed by a Q&A. From executive producers Greg Berlanti (Arrow, The Flash, Supergirl), Caroline Dries (The Vampire Diaries, Smallville), Geoff Johns (Arrow, The Flash, Titans) and Sarah Schechter (Arrow, The Flash, Supergirl), Batwoman stars Ruby Rose (Orange Is the New Black, The Meg, XXX: Return of Xander Cage), Rachel Skarsten (Reign, Fifty Shades of Grey, Lost Girl), Meagan Tandy (Survivor’s Remorse, UnREAL, Teen Wolf), Nicole Kang (You), Camrus Johnson (Luke Cage, The Sun Is Also a Star), Elizabeth Anweis (Twin Peaks) and Dougray Scott (Taken 3, Hitman, Mission: Impossible 2). Marcos Siega (You, God Friended Me, Blindspot) directed the pilot, for which he also served as executive producer alongside David Nutter (Game of Thrones, Arrow, The Flash). Batwoman premieres October 6, airing Sundays at 8/7c on The CW. Based on characters from DC, the series is produced by Berlanti Productions in association with Warner Bros. Television. The Hulu Theater at Madison Square Garden

Black Lightning, Katy Keene, Legacies, Prodigal Son and Titans — In addition, Sunday’s Warner Bros. Television Block will also include an exclusive presentation of new footage from the upcoming seasons of Black Lightning (returning Monday, October 7, at 9/8c on The CW), Katy Keene (premieres midseason on The CW), Legacies (returning Thursday, October 10, at 9/8c on The CW) and Prodigal Son (premiering Monday, September 23, at 9/8c on FOX), as well as the current second season of Titans (now streaming on DC UNIVERSE).