'Venom: Let There Be Carnage' Rotten Tomatoes Score Is In

The Venom: Let There Be Carnage Rotten Tomatoes Score is in, and the good news is that it's about double that of the first movie's score, but the critics are still divided.

With 79 reviews presently accounted for, the Venom: Let There Be Carnage Rotten Tomatoes Score currently stands at 59%, much better than the first movie's 30%.

Once again, the critics score looks to be a lot different than the audience reaction as the first Venom has an 81% favorable Audience Score, and while the Venom 2 Audience Score isn't yet available, early fan reactions have been positive, so it appears to be more of the same, which isn't bad for Sony at all as the first flick brought in over $856 million at the box office.

Here are a few comments from the critics' reviews: 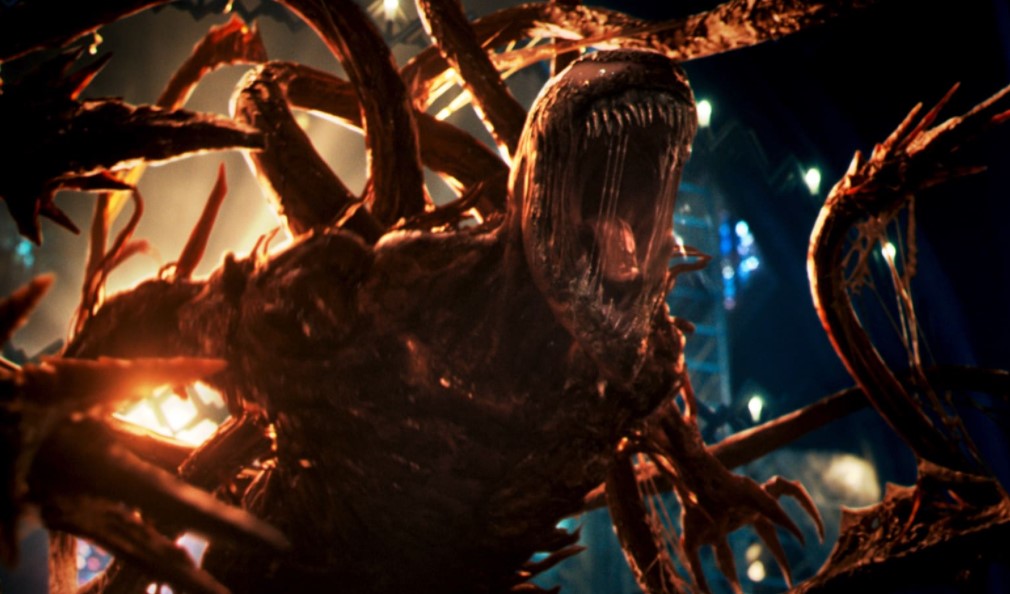 Speaking of the box office, Venom: Let There Be Carnage has been tracking for a $60 million-plus opening, though Sony is being conservative with their own estimates of $40 million for the opening weekend (the first movie opened to $80 million).

We'll know more about the box office after today, as Thursday marks the release of advanced screenings.

A quick check of Fandango in my area does show a lot of empty seats, so it will be interesting to see how the Venom 2 box office performs, especially compared to Black Widow and Shang-Chi which haven't done all that well for Marvel.

What also will benefit Venom 2, which is hurting Black Widow and Shang-Chi, is that Venom 2 will apparently get released in China, as the first movie saw a hefty $270 million gross in the number two movie theater market in the world.

Just as select IMAX theaters in China received a Venom statue for the first movie, select theaters are also receiving a Carnage statue for Venom: Let There be Carnage! pic.twitter.com/YPbOpaRfbr