Sony has announced that Venom 2 will not be delayed and instead will actually have an earlier release date.

"Save the date. #Venom: Let There Be #Carnage is exclusively in movie theaters on OCTOBER 1. Experience it in 3D, premium large formats, and IMAX. Tickets on sale Wednesday," the flick's social media accounts announced Monday.

The recent trailer released by Sony only said a Fall release and then Sony said Venom 2 would be released on October 15, but now Sony has decided to release the movie earlier on October 1.

It's because of Shang-Chi, and just as I said, no one is afraid of going to the theaters, so with Shang-Chi looking like a success, Sony has decided not to delay Venom 2, as it was reported Sony was considering pushing back Venom 2 until January 2022, the release date held by Morbius, which most likely means Morbius also won't be delayed and will get released on January 28, 2022.

Regarding Marvel's Shang-Chi, it was expected to have a low box office because of people being "afraid" of movie theaters, with the "pandemic" blamed as the reason why recent releases have failed at the box office, but just as I said, people being afraid had nothing to do with things, it was just that the recent content put out by Hollywood hasn't been any good.

So, again, now that Shang-Chi is a success, it's proven people are not afraid of movie theaters (where Deadline even mentions it), so now Sony ups the release date for Venom 2.

Venom: Let There Be Carnage will now be released on October 1:

Save the date. -- #Venom: Let There Be #Carnage is exclusively in movie theaters on OCTOBER 1.

-- Experience it in 3D, premium large formats, and IMAX. 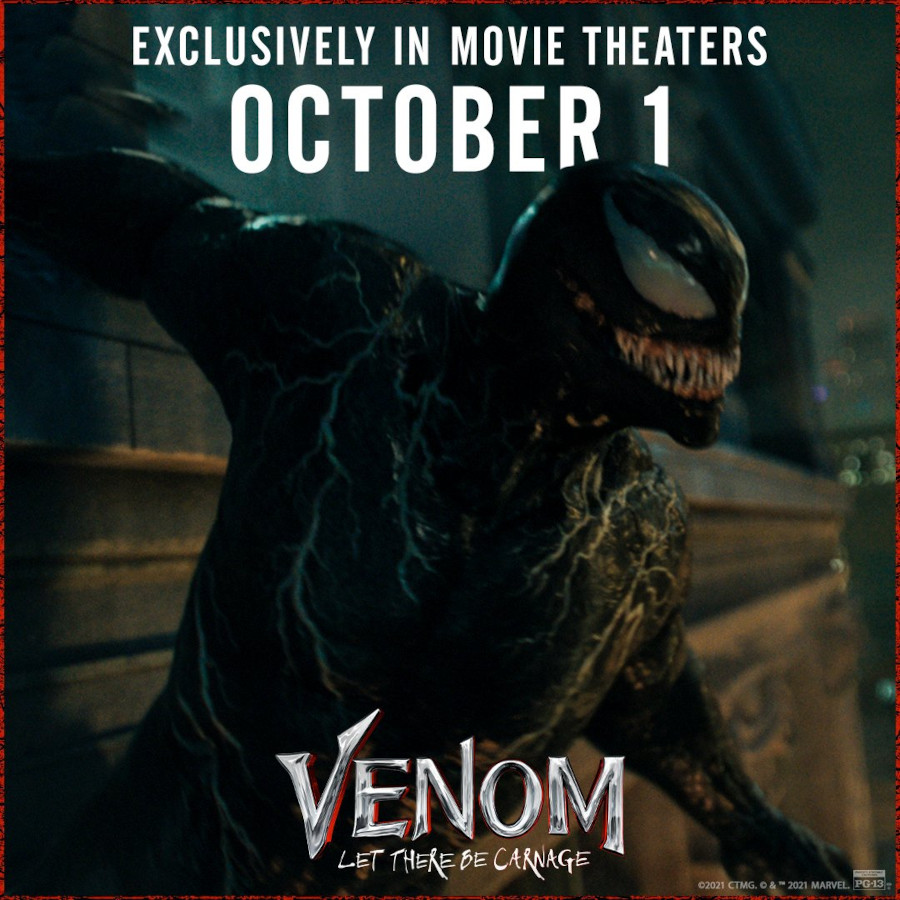