With the upcoming DC Universe Titans series featuring a Robin or two, the debut of the recent Comic-Con trailer made it clear it isn’t a show about Batman.

“F-Batman,” Robin said in the trailer (watch below), which caused a lot of controversy.

“The whole point of [the show] is to tell the story of Robin breaking away from Batman and a life of fighting crime that he didn’t exactly agree with, and beginning the search for his own identity and his own moral center,” Brenton Thwaites, who plays Dick Grayson, tells EW.com. “It’s a show that isn’t about Batman, and I think it’s important for people to know that and maybe not be disappointed that they’re not going to see Batman jumping from the ceiling and beating up a hundred guys, because it’s not Batman, it’s a story about the Titans, essentially. I feel like ‘F— Batman’ says that in two words.” 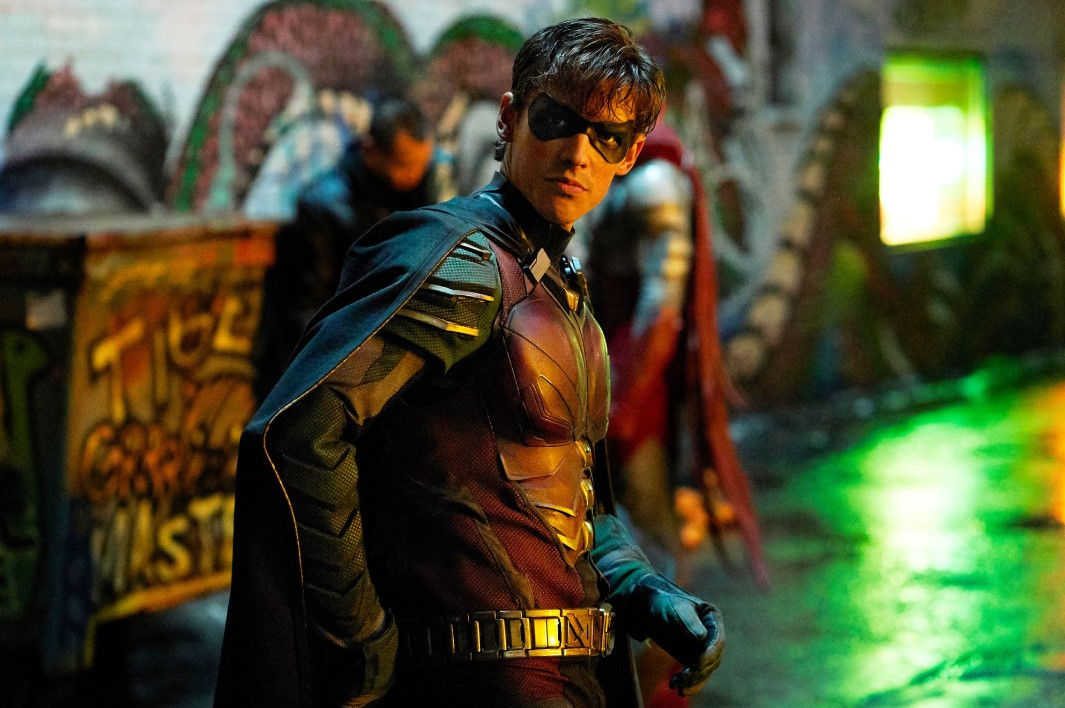 “We’d already shot that alley fight scene before, and there was no punch to it,” Thwaites says. “There was no real exclamation mark. I think the producers wanted something that would kind of set the tone for the whole show.”

Geoff Johns, who previously commented on the f— Batman controversy, offers Titans will be a darker take on the characters. 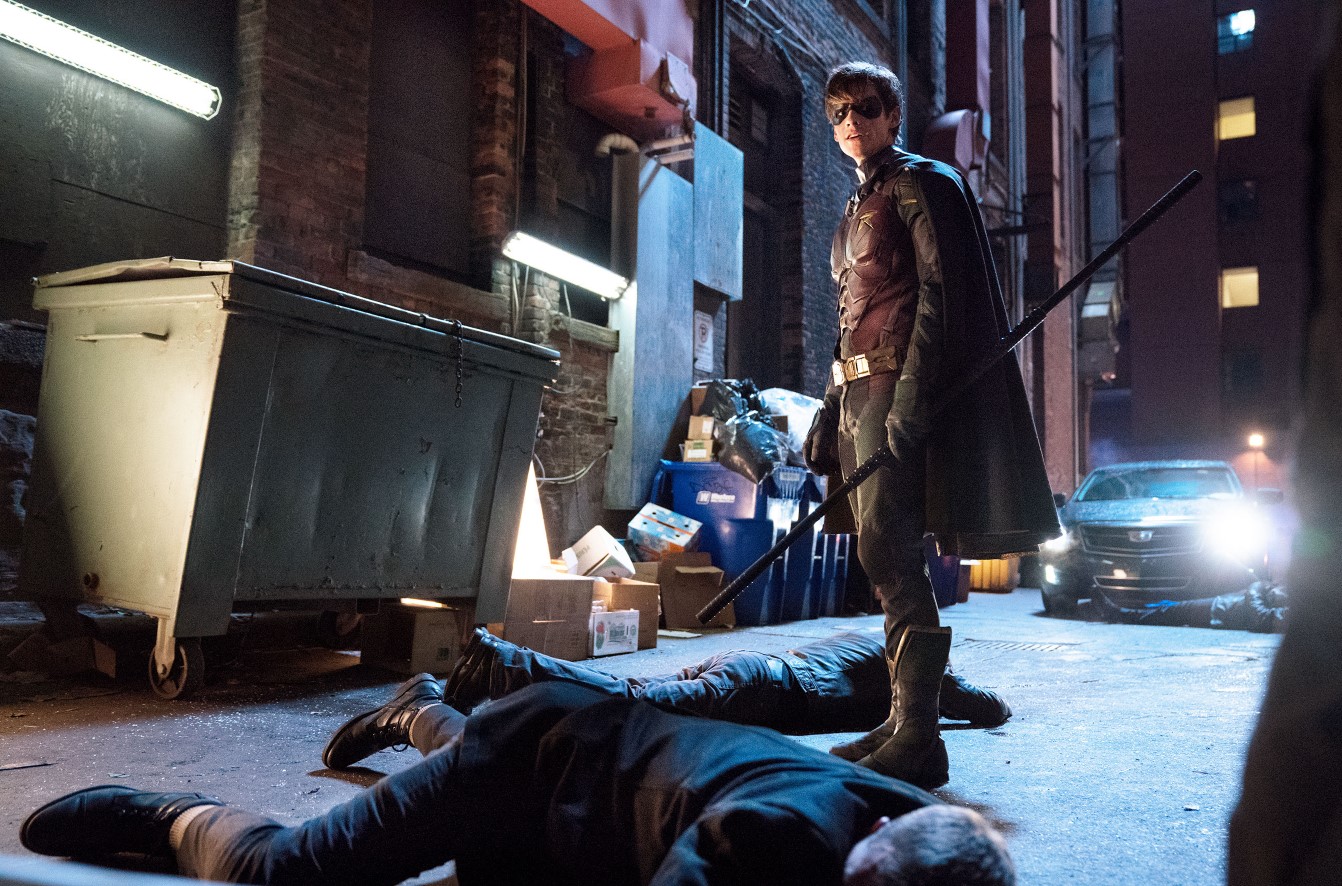