'ThunderCats' Movie In The Works From 'Godzilla Vs. Kong' Director

Warner Bros. is moving forward with a ThunderCats movie which has the director of Godzilla vs. Kong attached, Adam Wingard.

The movie is described as "a big-scale feature based on the original animated TV series" and will feature a hybrid of CGI and animation.

It's further said the ThunderCats movie will use the animated series as a jumping-off point, with Wingard taking the flick in a direction he has been thinking about for many years as he is a huge fan.

ThunderCats had been in development by Rideback’s Dan Lin and Vertigo’s Roy Lee (they were producers on the Wingard-directed Death Note), with an early script by David Coggeshall; Wingard will rewrite a script with Simon Barrett (You're Next, The Guest, V/H/S).

"Adam and I have been talking about making a Thundercats movie for literally over a decade and the fact that it's actually close to happening is staggering," Barrett tweeted. 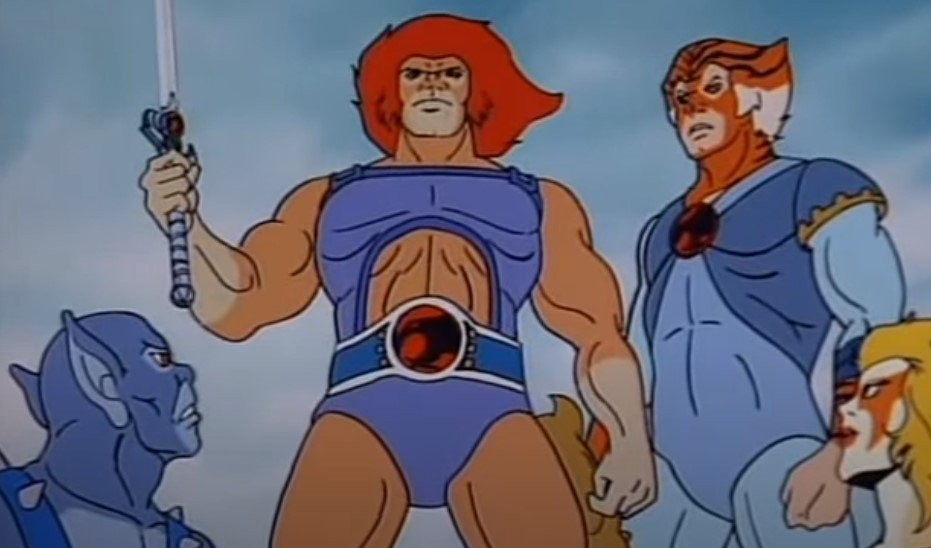 "ThunderCats is a dream project"

Wingard filled in Deadline when asked about ThunderCats:

ThunderCats is a dream project for me. When I was in high school, I was obsessed with it. You’d think at that point, I was a little too old, that my years of obsession with ThunderCats would be when I was 6 years old. My real obsession with ThunderCats came in high school, the pinnacle of me deciding I wanted to be a filmmaker, and pushing in that direction…I actually spent most of my 10th grade year, I completely blew it. I didn’t pay attention in school, made terrible grades. And the reason? I was writing my ThunderCats screenplay through my entire 10th grade year. And I was hand-writing it. The screenplay itself ended up being 272 pages long. I still have it. It was one of those things where I would carry around my notebooks and talk about it. I didn’t even realize the kids in my class were making fun of me as they would ask me questions about my ThunderCats screenplay. It was only one day my friends asked me and I was excitedly telling him all these things about my ThunderCats screenplay. And I heard him turn around to some of the girls in the class, these were girls I had crushes on, and he’s making fun of me for writing ThunderCats! Because it was ridiculous. But that was the first moment where I had a though that maybe I would not be able to make the ThunderCats movie. I thought, am I crazy for obsessing over this, thinking it’s something you can just do? As it turns out, when you’re a kid in Alabama with no resources or connections to filmmaking, it is impossible to make a ThunderCats film. But flash forward, 20 years later and here we are.

I’m in a place where Godzilla vs. Kong has gone well with Warner Bros. They love the movie, as we were wrapping it. I heard there was a ThunderCats script out there and it happened to be set up with some of my producers on Death Note. I asked them, I want to rewrite this script with my friend Simon Barrett. This is a huge passion thing for me. Nobody on this planet knows or has thought as much about ThunderCats as I have. They gave me the reins. I saw this as an opportunity to do a new type of fantasy sci-fi spectacle film that people have never seen before. It’s got a rich mythology; the characters are fantastic. The colors. I want to do a ThunderCats film that takes you back to that ‘80s aesthetic. I don’t want to reinvent the way they look; I want them to look like ThunderCats. I don’t want to do it live action, either. I don’t want it to look like Cats, I don’t want those kinds of issues — no disrespect to that director, whom I don’t mean to throw under the bus any more than everyone else has. I want to do a movie you’ve never seen before. A hybrid CGI film that has a hyper real look and somehow bridges the gap between cartoon and CGI. That’s the starting point, and Simon Barrett and I are getting into the script now.

Godzilla vs. Kong is in theaters this week and is already off to a roaring start.