Check out King Valkyrie, played by Tessa Thompson, and Natalie Portman as The Mighty Thor, which just might be the king and queen of Asgard.

Thor: Love and Thunder shows off a new look at King Valkyrie, played by Tessa Thompson, and Natalie Portman as The Mighty Thor, which just might be the new rulers of New Asgard.

It's known Valkyrie is looking for her new queen of Asgard and judging by the below photo she found it, as Thompson and Portman's Female Thor sit side-by-side on top of a throne.

"I always think about it in real time, for humans who have been watching the movies," Waititi explained. "So it’s been about eight years. She’s had a whole other life, and then the love of your life comes back on the scene, and is now dressed like you. It’s a real mindf-ck for Thor. But I can’t promise anything. I think most people will assume that the love story is between Chris and Natalie. I can’t promise that what people think is going to happen in this film will happen."

The director also recently hinted to Empire Magazine that Jane Foster in the flick will be a bit on the goofy and humorous side, much like the movie which is described as a comedy.

"Well, you don’t want Natalie coming back and playing that same character who’s walking around with science equipment. You know, while Thor’s flying around, she’s left on Earth, tapping her foot going ‘When’s he going to be back?’ That’s hoping. You want her to be part of the adventure," said Waititi. "And with the character of Jane, you want a little bit more. Natalie’s really funny in real life. She’s kind of goofy and has got a great sense of humor, and I don’t think that was exploited enough in the first films."

Merchandise has also confirmed that New Asgard will become something of a goofy Disney attraction in the film.

Synopsis: The film finds Thor (Chris Hemsworth) on a journey unlike anything he’s ever faced – a quest for inner peace. But his retirement is interrupted by a galactic killer known as Gorr the God Butcher (Christian Bale), who seeks the extinction of the gods. To combat the threat, Thor enlists the help of King Valkyrie (Tessa Thompson), Korg (Taika Waititi) and ex-girlfriend Jane Foster (Natalie Portman), who – to Thor’s surprise – inexplicably wields his magical hammer, Mjolnir, as the Mighty Thor. Together, they embark upon a harrowing cosmic adventure to uncover the mystery of the God Butcher’s vengeance and stop him before it’s too late.

Tessa Thompson and Natalie Portman in Thor: Love and Thunder: 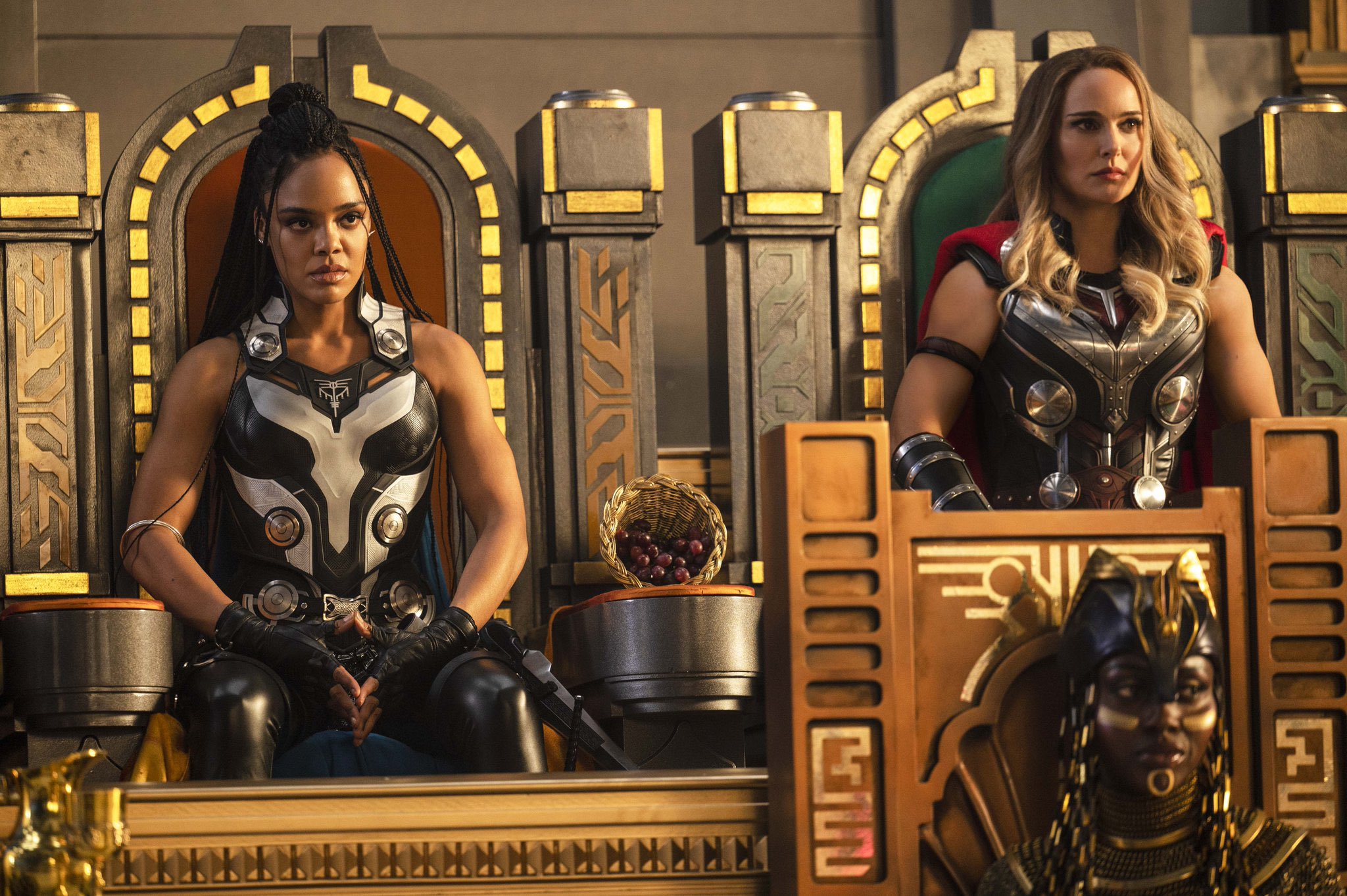