The Flash movie might be saved as Ezra Miller has broken his silence and released a statement stating he is seeking treatment for “complex mental health issues.”

“Having recently gone through a time of intense crisis, I now understand that I am suffering complex mental health issues and have begun ongoing treatment,” Miller said in a statement to Variety. “I want to apologize to everyone that I have alarmed and upset with my past behavior. I am committed to doing the necessary work to get back to a healthy, safe and productive stage in my life.”

Most recently saw Ezra Miller charged with felony burglary over stealing beers, and it has also been reported Vermont’s social services were getting involved in regards to the whereabouts of a mother and her three children who lived with Miller, where the authorities felt Miller’s response that he hasn’t seen them in a while was evasive. 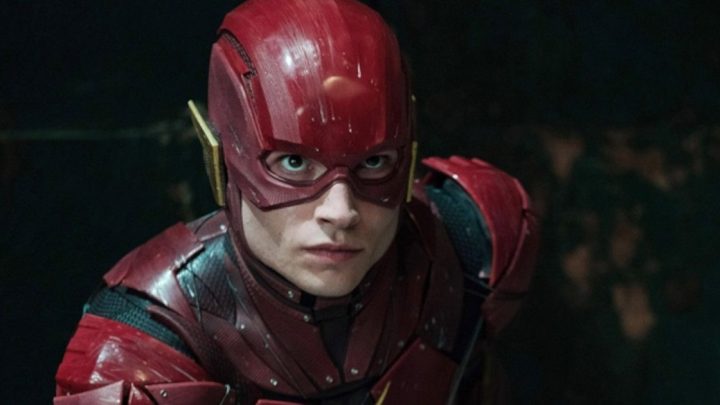 Ezra Miller as The Flash

Test screenings for The Flash have been promising

Regarding The Flash movie, last week saw THR offer three possible scenarios in regards to the fate of the flick where the best scenario offered that Ezra Miller could explain things in an interview, get help, then be able to do marketing and promotion for The Flash.

With Ezra Miller coming out to Variety, and it previously reported Miller has been with his mother in an attempt to get help and is now undergoing treatment, it seemly likely that the first scenario is in effect.

Recently also saw it said that David Zaslav and Warner Bros. Discovery had argued over the release of The Flash movie, with it said the Warner Bros. Discovery board voted to shelve the flick, but again, with Ezra Miller now undergoing treatment, and assuming everything works out and there are no other issues, The Flash is still on track for its June 23, 2023 release date.

Test screenings for The Flash have also been very promising as according to Twitter user BigScreenLeaks, “Scrapping THE FLASH would be a huge mistake. Test audiences *really* enjoy the film and one person told me they’ve never seen an audience so into a movie or so excited to discuss it when it was done.”

“We have seen The Flash, Black Adam and Shazam 2,” he said. “We are very excited about them. We’ve seen them. We think they are terrific, and we think we can make them even better.”

The flick has been described as introducing the DC Multiverse as the Scarlet Speedster breaks the bonds of physics and crashes into parallel dimensions leading to encounters with different versions of the DC superheroes including Batman and Supergirl. It’s said the film follows Barry Allen as he travels back in time to save his mother and reverse her death which causes drastic changes to the timeline that sees The Flash connect to new universes, with the Michael Keaton Batman ’89 universe, Sasha Calle Supergirl, and others.