With all the talk surrounding J.J. Abrams signing a major deal with Warner Bros. and the possibility of directing a Man of Steel 2 or Green Lantern Corps, concept art surfaces from Abrams’ old Superman: Flyby movie.

Artist Peter Ramsey took to social media to offer a look at what could have been.

“Some storyboards from a version of SUPERMAN written by JJ Abrams way way back in the day. Never made, but I had fun,” Ramsey tweeted.

The images reveal Superman flying around the Earth and flying by a building.

Some storyboards from a version of SUPERMAN written by JJ Abrams way way back in the day. Never made, but I had fun. #storyboards #Superman pic.twitter.com/NidTQM3c6u

Regarding Superman: Flyby, J.J. Abrams first wrote a wild script back in 2002 that would have required a huge and obscene budget. The movie dealt with a different origin and story for Superman, including that he wasn’t sent to Earth to escape the destruction of Krypton, but to escape his evil uncle. The script also saw Jor-El visit Earth previous to sending Kal-El; Pa Kent having a heart attack and dying upon first hearing the news of his son doing an act as Superman; Lex Luthor as a CIA agent investigating UFO’s who turns out to be a sleeper Kryptonian agent (with all the powers of Superman); Krypton surviving; the death and return of Superman, and lots more.

The movie went through a few different scripts and directors, including that at one time J.J. Abrams was going to direct. 21-year-old Henry Cavill actually screen-tested for the role (check out the image below), with Amy Adams also screen testing as Lois Lane along with Matt Bomer as Superman. Paul Walker, Ashton Kutcher, and Brendan Fraser were also up to play the Man of Steel.

Christopher Reeve was on board as a consultant who wanted Smallville‘s Tom Welling in the role when Brett Ratner was attached to direct. Additional roles for Superman: Flyby includes Kerri Russell and Scarlet Johansson as a possible Lois Lane; Robert Downey Jr., Johnny Depp and Ralph Fiennes were up to play Lex Luthor; Shia LaBeouf as Jimmy Olsen; Christopher Walken as Perry White, and Anthony Hopkins may have played Jor-El.

The Superman: Flyby script can also be read online. 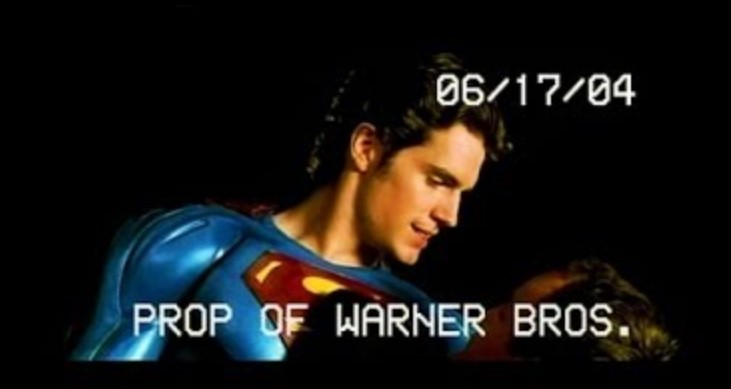