Spider-Man: No Way Home footage has leaked on YouTube and other social media sites revealing massive spoilers from the flick, so if you haven’t yet seen the movie, beware.

Cosmic Book News will not be posting spoilers until at least Monday, so feel free to visit the site and not worry about spoilers in the headlines or what have you, though I can’t guarantee there won’t be any spoilers in the comments or on our own various social media comments.

Regarding the leaks, it’s reported that upwards of ten minutes or more of Spider-Man: No Way Home footage has leaked online from foreign versions of the film revealing the big-time spoilers.

THR reports that Sony has been quick to take down the footage:

The Hollywood Reporter will not reveal the exact nature of the leaks, but they were significant, legitimate spoilers. One such leaked segment was nearly 10 minutes of the film. A lion’s share of the leaks had foreign subtitles while some had a foreign dub. The quality ranged from super grainy to quite clear.

This happened earlier Thursday, and now since the movie has been officially released stateside with the 3pm Thursday advanced screenings, you can bet even more spoilers and footage is online, so I would avoid the clickbait sites and various social media, especially Reddit and probably the fan-run Facebook groups (admins should put posts on pre-approval) as well as the Twitter trolls.

As part of the flick’s promotion, Sony actually released video of the cast (watch below) asking not to spoil Spider-Man: No Way Home, but of course, there will be those trolls who will spoil things just for the sake of spoiling things. I can recall prior to the release of Star Wars: The Force Awakens, trolls were spoiler-bombing various sites’ comments sections and Facebook pages with the news that Han Solo died.

Obviously, the only true way to avoid the spoilers is to stay offline completely until you see the movie, which I wouldn’t blame you one bit for doing. 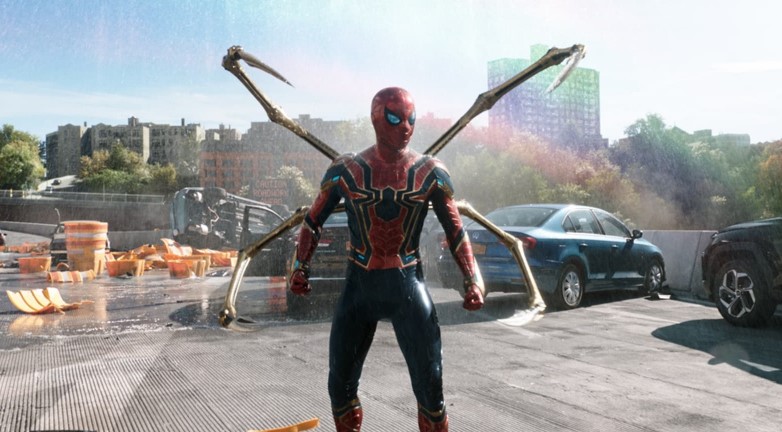 No Spider-Man: No Way Home spoilers: