A new preview image for the upcoming Shazam! movie has been released featuring Zachary Levi which offers our best look yet at the suit.

Following the set images and the first trailer, some fans complained online about the look of the suit as well as some of the CGI.

The good news is that director David F. Sanberg previously said the visual effects weren’t finished, and now with the following image, we see the VFX are coming along rather nicely.

The image features Zachary Levi sticking out his chest preparing for battle in what appears to be an amusement park.

A previous image showed Billy and Freddy testing out Shazam’s Aquaman powers (or lack of). 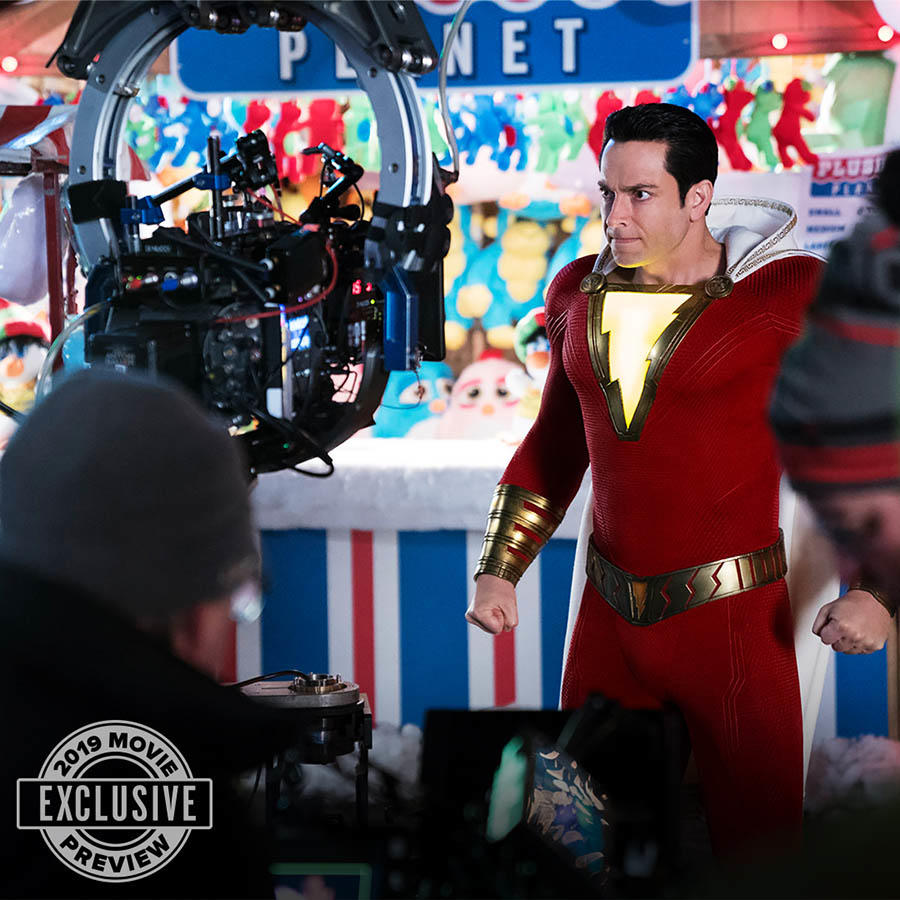