With Shazam! having the advanced screenings this past Saturday, early reviews are in, and its Rotten Tomatoes score is sky high.

Shazam! rolls in with a 95% Rotten Tomatoes critics score as 53 are Fresh to only 3 Rotten, which sees it currently topping Wonder Woman (93%) for the best DCEU movie and even tops Christopher Nolan’s Batman The Dark Knight (94%).

Earlier it was also reported the flick is tracking at only a $40 million weekend opener, so possibly with the reviews being positive and with good word-of-mouth, Shazam! may open to higher numbers. I’m thinking more along the lines of a $55-70 million opener.

“I’ve been so blessed in my life, in so many ways. I’ve had incredible jobs, that have been the foundation on which I’ve been able to build the rest of my career, and life,” Levi posted on Instagram. “And to have been able to build to here, to now, to THIS, is beyond my wildest dreams. I genuinely hope it never all completely sinks in. I hope it always remains, at least in part, dreamy.” 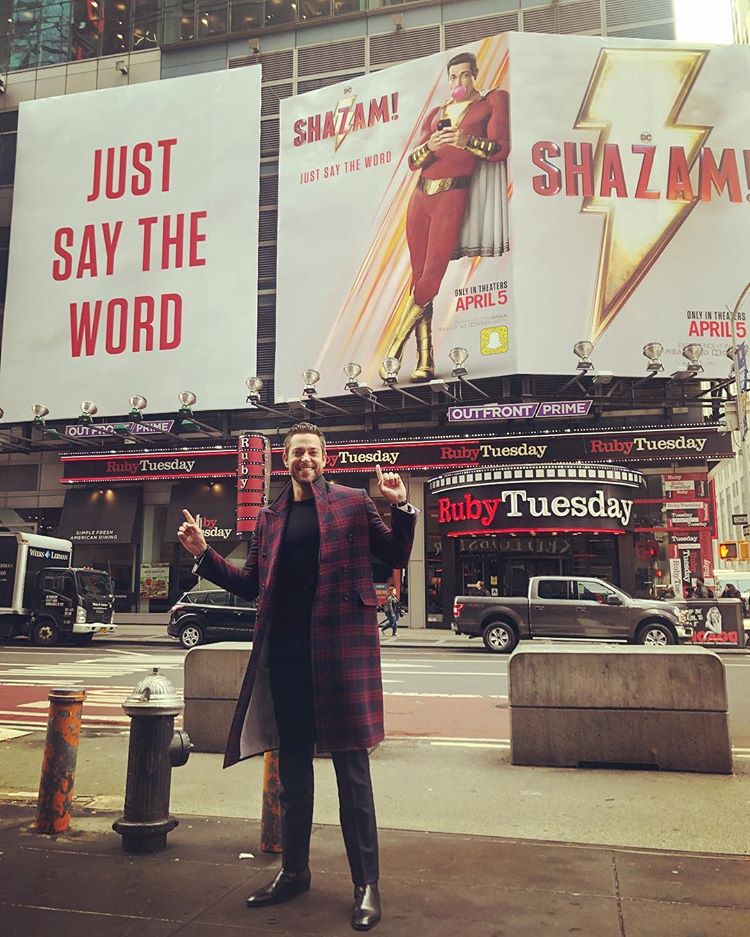