Saturday at DC FanDome saw the official title revealed for Shazam 2, which is “Fury of the Gods.”

The panel featured Zachary Levi, Asher Angel and Jack Dylan Grazer revealing the official title, with director David F. Sandberg adding on social media: “We have a title! Shazam! Fury of the Gods. What gods? Why are they upset? Yes!”

While nothing else was said about Shazam! 2, the notion of other “gods” being upset is interesting because the first movie seemed to tease Mister Mind would be the villain.

It’s thought Black Adam won’t be featured in the sequel because Dwayne Johnson is developing Black Adam movies, but Sandberg tackled the notion of Shazam vs Black Adam on Twitter yesterday, and today we got that super cool Black Adam origins trailer.

“Well… there’s six on our team. And we have… capes. I guess. Stylish capes,” tweeted Sandberg.

There are a number of gods in the DC Comics including a pantheon of now forgotten gods named Voldar, Lumian, Arel, Ribalvei, Elbiam and Marzosh who first gave the wizard Shazam his powers. Recently has also seen the Roman gods referred to as the “Lords of Magic.” There also happens to be the New Gods, and a movie is in development as well.

We have a title! #Shazam! Fury of the Gods
What gods? Why are they upset? Yes! pic.twitter.com/QPGJwjghUx

Well… there’s six on our team.
And we have… capes. I guess.
Stylish capes. — https://t.co/pNz0aBFvrF 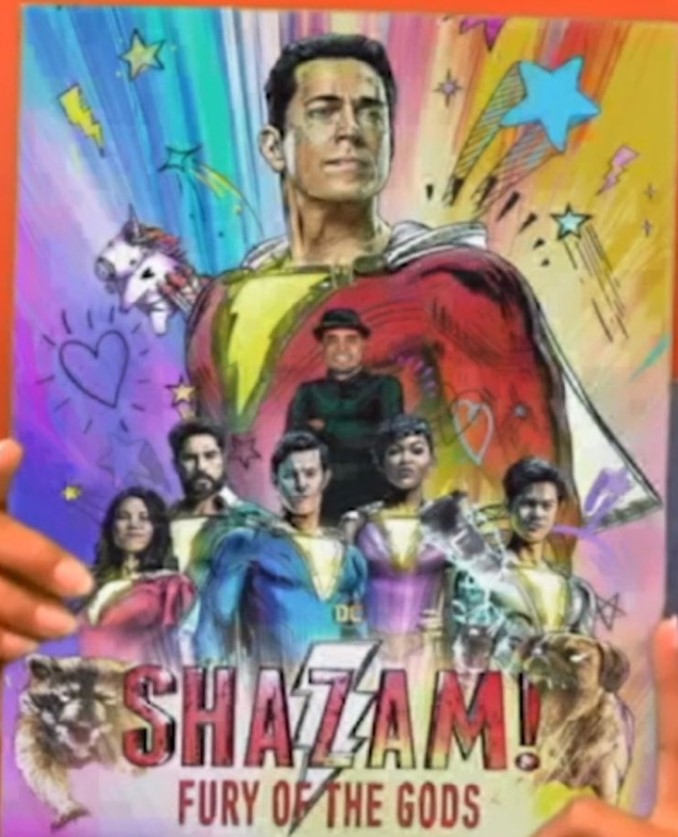