Samuel L. Jackson is back, reprising as John Shaft from the second movie released in 2000, which followed the 1971 original.

EW.com offers a first look, which includes newcomer Jessie T. Usher (Survivor’s Remorse) playing Jackson's estranged son, John Shaft Jr., a cybersecurity expert who has to team up with his father and great-uncle.

“He joins the FBI, which is sort of anti-Shaft family values,” Jackson says. “So when he comes to me for help, it’s a matter of reshaping him.”

As it has been almost 20 years since the last movie, Jackson offers about his character, the aging detective, "He’s mellowed a bit. He’s not quite as crazy and cynical. Maybe a bit more devil-may-care the last time we saw him. But still an extremely dangerous and funny character.”

The below image also features the original John Shaft, played by Richard Roundtree, and Alexandra Shipp.

“He’s always that tough but fair, well-dressed cynical guy with the right one-liner,” Jackson says about Roundtree's character. “All of those things work to make somebody cool across the generations. It’s enduring. We don’t have a lot of heroes, so the ones we have, we hold on to.” 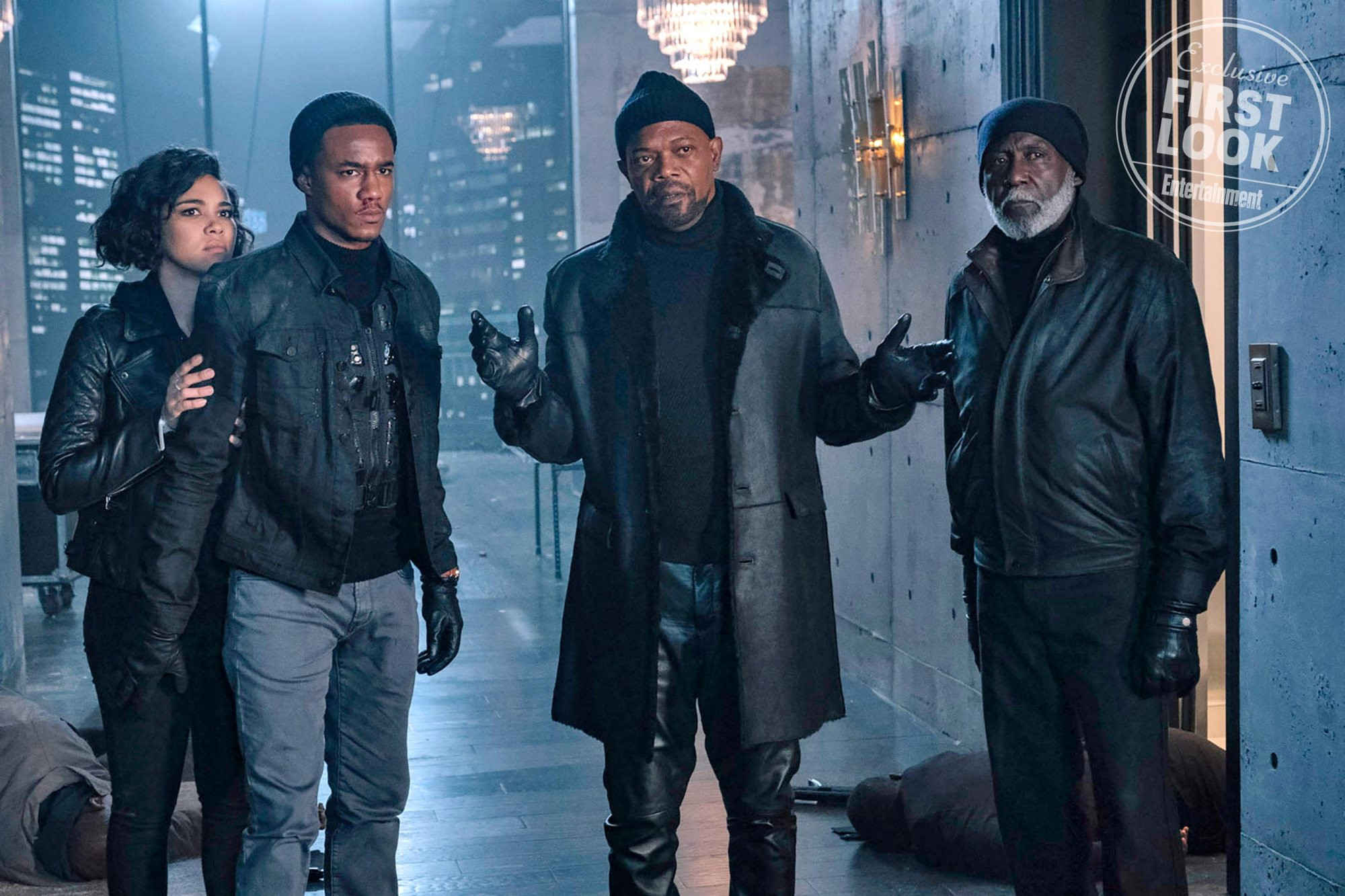