Ryan Reynolds celebrates the five-year release of the first Deadpool movie in the only way he could, which is by having fun and making light of the Merc With A Mouth.

Reynolds took to social media to post the following “fan letter” from “2016” that he “unearthed” which also includes a “response” from the actor to the “fan.”

“Dr. Mr. Deadpool, I’d like to begin with complementing your fantastic, ‘laugh my ass’ off movie and I’d like to say, keep up the great work,” starts off the fan letter. “I’m glad we share the same humor and the producers didn’t tone down your movie. Hell, they could’ve turned it up a bit more. In my eyes, your movie was a picture perfect “R” rated movie. I have mad respect for the whole movie.”

The letter continues, “I’m hoping that Fox and Marvel will possibly make a second movie for you, and not a crappy movie, like most sequels are…”

Ryan Reynolds in part replied, “Thank you for all the kind words in your letter. I’m feeling really good about how Deadpool has been received so far, and yes, I’m glad we got to make it our way. Can you imagine if DP was with the MCU at Disney? Hahahahahaha. As for sequels, there’ll be plenty. Expect them every two years like clockwork! It’s such a privilege to be able to don a mask…”

Read the full letters below.

Deadpool was released on Feb. 9, 2016, and brought in $782,711,573 worldwide; the flick also starred Brianna Hildebrand as Negasonic Teenage Warhead, Ed Skrein as Ajax, T.J. Miller as Weasel, Morena Baccarin as Vanessa, and Stefan Kapicic provided the voice of Colossus.

The latest regarding Deadpool 3 in the MCU is that it will be rated R and that Reynolds dropped the writing team of the first two movies in favor of newbies Wendy Molyneux and Lizzie Molyneux-Logelin.

Five years later, I’m still in awe of Deadpool fans. Hunter wrote me this letter after #Deadpool came out and somehow my response never got mailed. Holds up. Mostly. pic.twitter.com/xYh1XChIb3 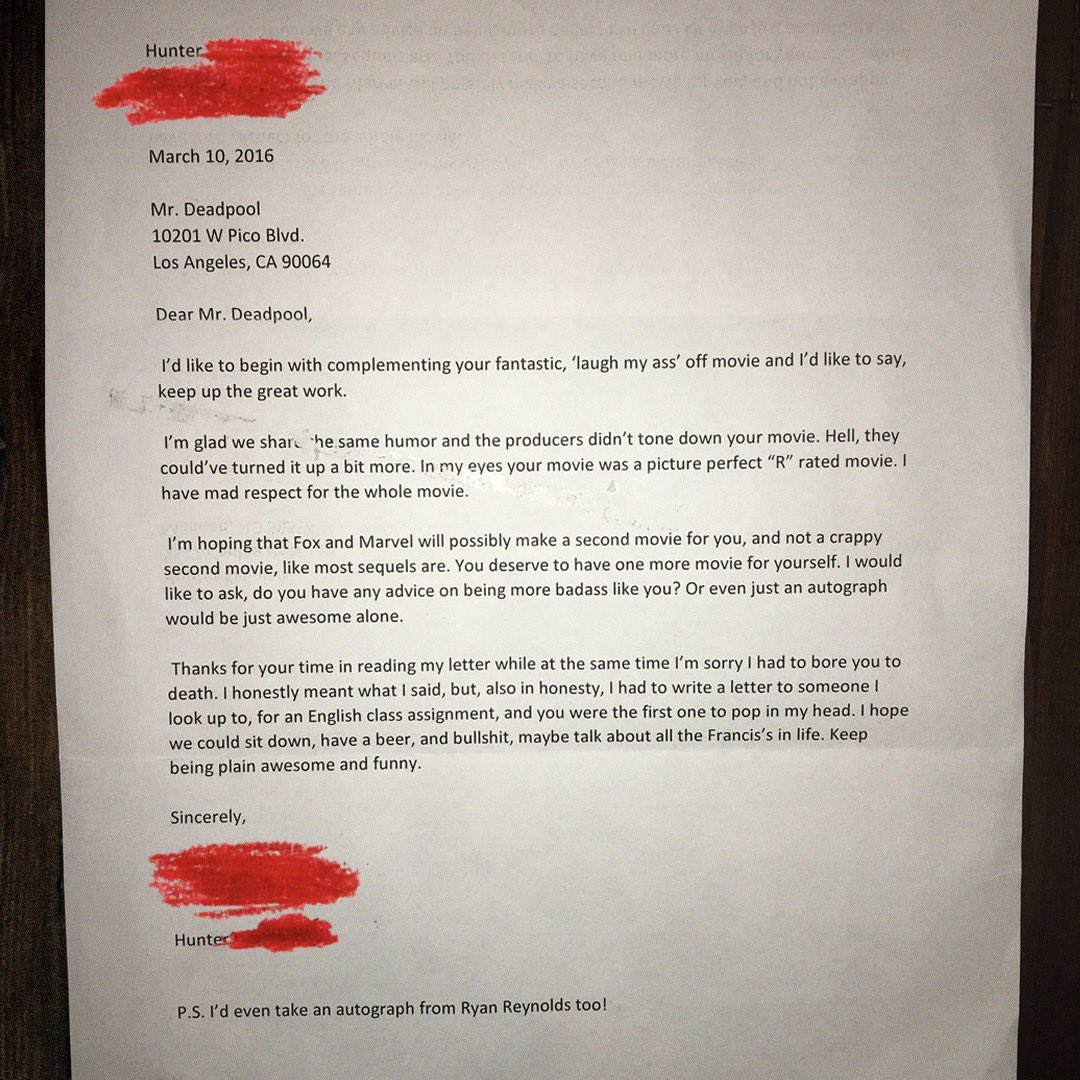 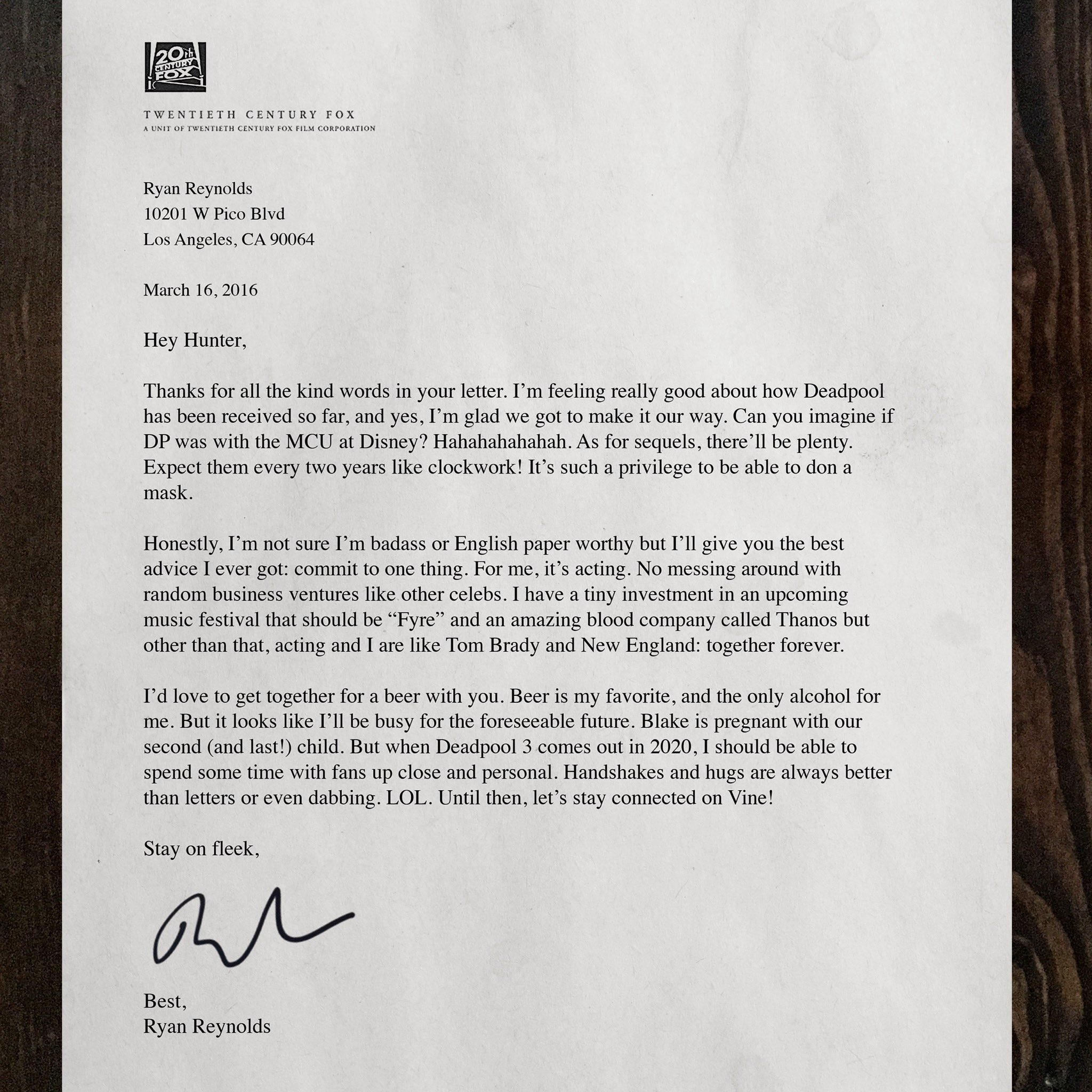