No details about the role are known other than it is a leading role.

Rege-Jean Page also happens to be rumored for Black Panther 2 and is also known for Roots, For The People, and Page was featured in Mortal Engines as Captain Khora.

Dungeons & Dragons has Spider-Man: Homecoming writers Jonathan Goldstein and John Francis Daley as the directors and writers who also were behind the sleeper hit Game Night.

Nothing is known about the plot at this time with THR adding "it is not known whether the movie adaptation will be a straight-up fantasy film, set in the world of the game, or incorporate the storytelling and game-playing aspects." 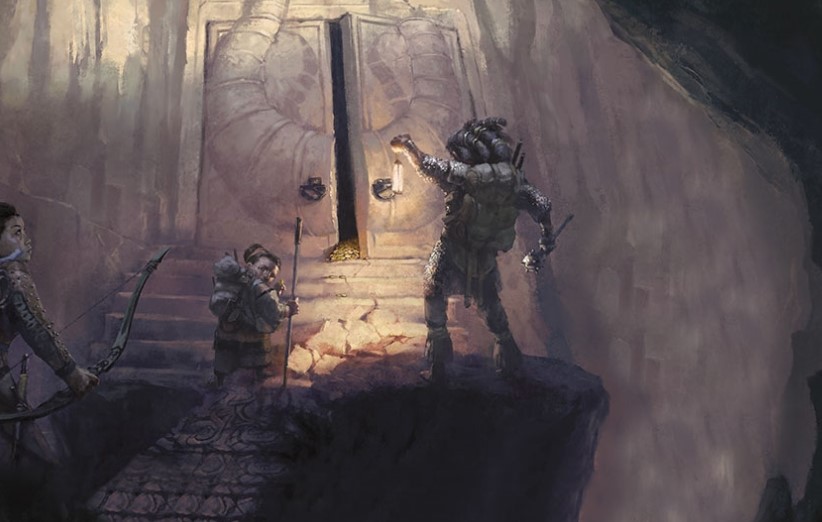 Dungeons & Dragons, aka D&D, has been around since 1974 and is a popular role-playing game that has spawned video games, an animated series, and a movie back in 2000, and a TV movie sequel in 2005:

The Dungeons & Dragons roleplaying game is about storytelling in worlds of swords and sorcery. Like games of make-believe, D&D is driven by imagination. It’s about picturing a crumbling castle in a darkening forest and imagining how a fantasy adventurer might react to the challenges that scene presents.

In this fantasy world, the possibilities are limitless.

Unlike a game of make-believe, D&D gives structure to the stories—a way of determining the consequences of the adventurers’ actions. Players roll dice to determine whether their attacks hit or miss and whether their characters can scale a cliff, roll away from the strike of a magical lightning bolt, or pull off some other dangerous task. Anything is possible, but the dice make some things more probable than others.