Following Amber Heard, now Patrick Wilson confirms Orm the Ocean master will be back for Aquaman 2.

Wilson, who played the villain of the first movie, posted the following on Instagram noting, “Let the training commence. #aquaman2 #guesswhosbackormisback #brothersdontshakehandsbrothersgottahug.”

Aquaman 2 director James Wan also chimed in, “I see Valak!!!” — a reference to his Conjuring movies, particularly the Demon Nun, which Wilson stars in as The Conjuring: The Devil Made Me Do It gets released June 4.

Aquaman 2 has a Dec. 16, 2022 release also starring Jason Momoa, with it also said Temuera Morrison, Yahya Abdul-Mateen II, and Pilou Asbæk, are starring in the flick. 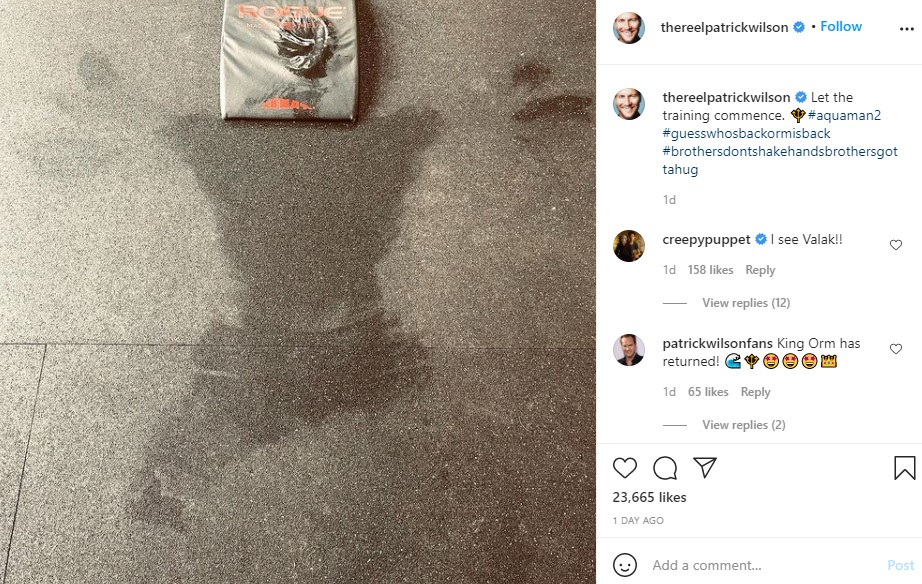